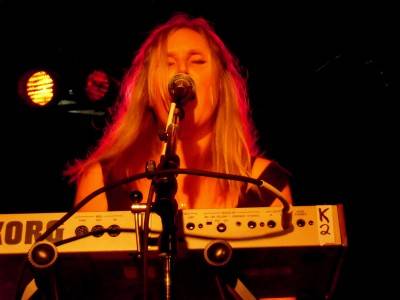 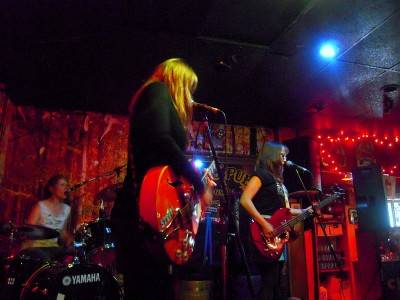 As we entered the Paragon on Gottingen, SprengjuhÃ¶llin (or, as I wrote in my notes, “Sprengysomething”) were mid-song, playing some aching ballad that climaxed when the singer jumped off stage and – made out with? Rubbed against? Something? – a group of girls. The hipster Jimmy Page lookalike on keyboards leaned over to the mic and yelled to the merch girl that the girls “with the salty stuff on their faces” were all getting free shirts. Ah, ReykjavÃ­k’s finest.

The boys from Iceland weren’t all ballads, though – SprengjuhÃ¶llin were at the top of the charts in their home country in 2007, and at the Paragon they played the kind of catchy, melodic tunes that have them looking nicely poised to fare well on this continent too. The ladies in the room certainly loved them, and even my awkward shuffle found itself getting a little crazier. 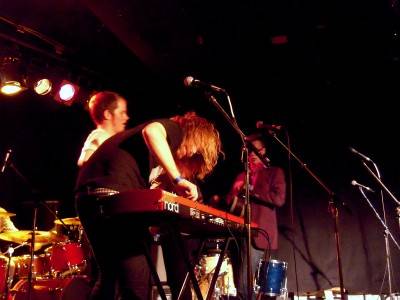