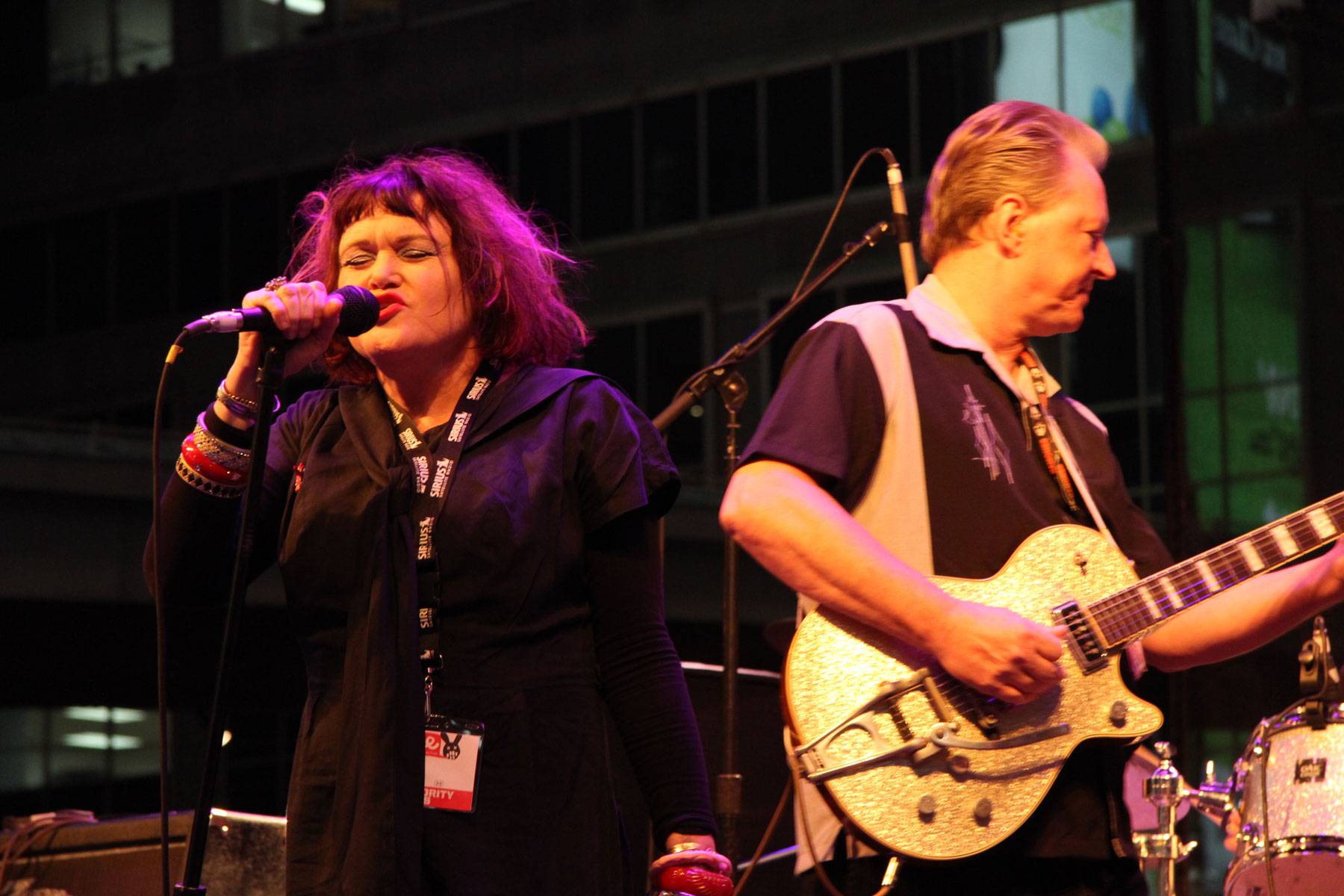 8 p.m.: Young Galaxy at the Mod Club. The most arresting set of the night was also the first. Young Galaxy, a Montreal band that earlier in the day had been mentioned as one of the 40 nominees in the long list for this year’s Polaris prize, played a terrific set of slightly Gothic, post-punk new wave full of dramatic gestures by lead singer Catherine McCandless. This show left me remarking that I wouldn’t miss another chance to see this band.

9 p.m. Besnard Lakes. The choice was made to stay in the comfort of the Mod Club rather than risk the big outdoor stage at Yonge and Dundas for Mudhoney. Another Montreal band long-listed for the Polaris, BL laid out a heavy, trippy wall of sound that included Guttersnipe fave “Glass Printer” as well as photog Robyn Hanson’s choice, “Chicago Train”.

10 p.m. X at Yonge and Dundas. Not so great a venue to see a great band; the L.A. punk band’s ferocity was lost in the big outdoor space, at least from our perspective in the beer garden. The group’s all-request set (which this show resembled) in a tent at Coachella last year was far, uhm, X-ier.

11:20 p.m. Warpaint at the Horseshoe Tavern. The joint was packed by the time we arrived, probably too late to get a comfortable spot from which to enjoy this all-girl L.A. band, which sounded a little more swirly and psychedelic then Sunset Strip. 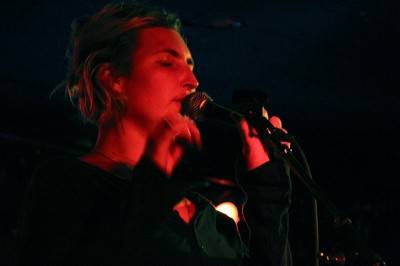 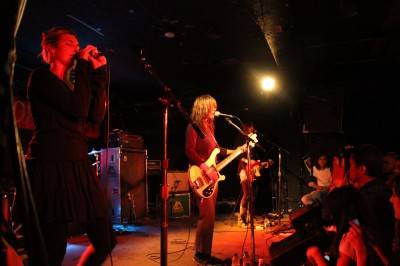 12:20 a.m. CoCoComa at the Great Hall. An enjoyably shouty set by a Chicago garage psych-pop quartet kept the jetlag at bay for another 20 minutes, and ended the night for for this correspondent. 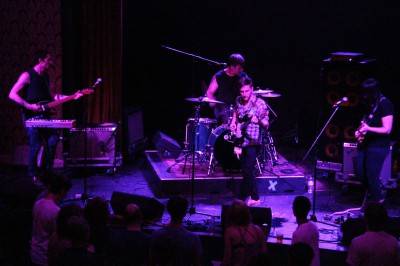 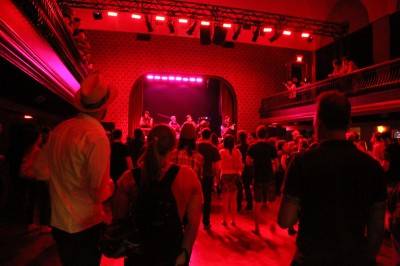