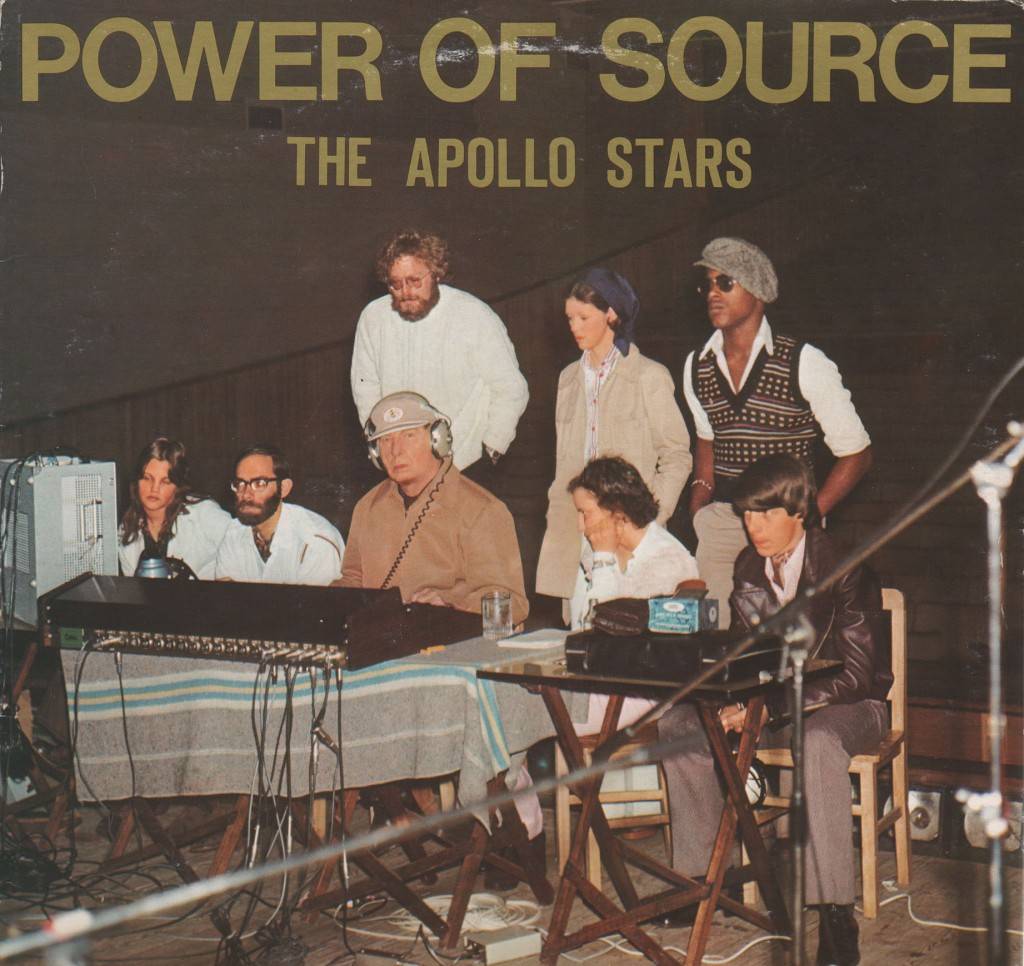 First up, some good news! Wikipedia has banned Scientology. Which brings the current number of good things about Wikipedia to an impressive total of one. Not surprisingly, Scientology has countered with a statement claiming that Wikipedia is a homosexual pedophile on anti-depressants.

In related Scilon news, follow this link to grab a very rare free copy of L. Ron Hubbard’s super-shitty jazz album, Power of Source, recorded on his boat by the band the Apollo Stars and released in 1974. The liner notes claim that Hubbard “developed an incredible new sound in music” while “his early days as a professional singer come again publicly to light in the brilliant presentation of the Stars.” Unless Mel Torme and L Ron Hubbard were the same person (as I’ve long suspected), I think the Dianetical One was more of a chronic fabulist than any kind of “professional singer”, but Power of Source is worth having anyway, if only so you can delete it.

Philip K Dink’s Horrible World of Shit, also known as “Earth”, comes equipped with one full working moon, and NASA is going to blow it up.Â Or at least, the space agency plans to crash a rocket into the moon at 5,600 mph, in order to create a “six-mile-high explosion”. Why? Because scientists hope it will confirm the presence of water. OR SO THEY SAY!

The real story of course is much different. Not that Philip K Dink has any idea what the real story is, but the presence of astronaut Harrison Schmitt at a ceremonial launch might offer a clue, since the civilian geologist Schmitt was on board for NASA’s spookiest ever moon mission – the mysterious Apollo 17. Weirdos, freaks, and the voices in my head have long argued that Apollo 17 was sent to examine a geological anomaly called the South Massif in some sort of top secret, quasi-2001 expedition that remains classified or at least deliberately obfuscated to this day. Others call bullshit on that. Phil Dink thinks they’re ALL either crazy or lying, but follow this link and decide for yourself. What I do know is that Stanley Kubrick is always right, so stay frosty, people.

What is it with Bill Gates and African foreskins? Because the world’s wealthiest man has just spent $50 million of his own dollars on a program to circumcise 650,000 men in Swaziland and Zambia. Phil Dink isn’t making this shit up. Look. The article might claim that Gates and his cute little foundation have joined the fight against AIDS, but statistical empirical research begs to differ vis-Ã -vis their chosen method of attack.

In short, it would seem that non-elective male genital mutilation is hardly a deterrent to anything, aside from the full extraction of pleasure available to those of us whose wangs haven’t been maimed by Bill Gates, or anybody else. In fact, I’m more inclined to think this is just a big, esoteric fuck you to the Third World ie. first we steal your resources, foment your wars, destabilize and even starve you – and now we take a scalpel to your junk. It’ll come out of petty cash, so don’t worry about it.

My other thought is that Bill Gates will actually take possession of those 650,000 prepuces and then use them in some black magickal ritual of such bottomless depravity that it beggars rational thought. Because he is a fucking SATANIST, like Bono. Notice that the article doesn’t mention where they intend to put all those hoods. Ipso facto – they’ll be shipping them off to Seattle, mark my words.

Finally, Philip K Dink’s Horrible World of Shit would like to announce that Twitter is for fucking losers – OFFICIAL! Anything that gets the approval, nay the screaming orgasmic endorsement of a porcine motherfucker like former Bush National Security advisor Mark Pfeifle is ergo a piece of life-destroying shit and should be banished from your world, pronto.

Pfeifle is all a-twitter (heh) because countless millions of social media addicted half-wits fell so hard for the entirely staged #iranelection propaganda exercise – which was designed to meddle with the affairs of the biggest Middle Eastern thorn in America’s side. Pfeifle is so giddy about it that the goofy cunt has recommended Twitter for the Nobel Peace Prize, where it would take its place beside such Christ-like figures as Henry Kissinger. Get it now? And while we’re at it, how come none of you fuckers are painting your faces green or whatever it is you do for the fucking Hondurans???

What a horrible world of shit.