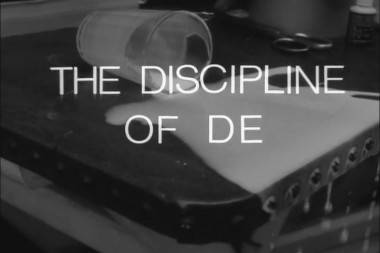 The mysterious deaths of Theresa Duncan and Jeremy Blake

Forgive me for being coy, but the Internet is full of spooks, creeps, and vicious mindfuckers. Hence, as I spill my paranoid guts here for the last time, I will be writing partly in code. Because I really don’t want to draw the attention of the hex artists who swung into action once these two very mysterious and high-profile deaths hit the online conspiracy crowd a couple years ago.

Theresa Duncan was a talented writer, game designer, and filmmaker. Her partner Jeremy Blake was a celebrated artist. They were by all accounts inseparable. Both committed suicide after claiming harassment by the Church of L Ron Mindfuck, having already fled LA for New York.

Some years back, Blake had worked with cuddly Sci****logist Beck on his Sea Change album. Duncan had a debut feature film project in the works called Alice Underground that also would have starred Beck. In 2003, the musician was telling Italian newspaper Corriere Della Sera about his acting debut: “It will be full of energy and full of characters – some kind of Alice in Wonderland set in the ’70s. It still doesn’t have a title. The director is a friend of mine and it will be her directorial debut. But I trust her. We will begin shooting in the Fall.” 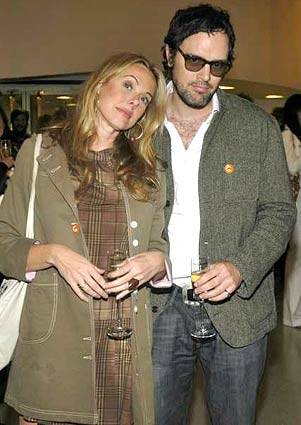 Beck eventually pulled out of Alice Underground, and the project died. In emails published posthumously in Vanity Fair, Duncan was telling friends that Beck desperately wanted to leave the Church. She also claimed the CoS was opposed to his involvement with the movie. Beck disavowed all of this, contradicting his earlier statement, and claiming, “That’s ridiculous. Totally false. We never met to discuss the film… I did explain to her I wasn’t looking to act right then, and with the album, tour schedule, and a baby on the way, it wouldn’t be feasible.”

Beck’s next album, notably, was called Modern Guilt. The first single was “Chemtrails”. To the online conspiracy hounds who viewed the Duncan-Blake-Beck saga as an eruption of the Church’s dirty business into the public eye, the very word “chemtrails” – coming from this particular artist at this particular time – was a colossal provocation*. So were the lyrics, which seemed to refer obliquely to Blake’s demise.

It’s a sad and confusing tale, already ripe enough with bizarre and frightening possibilities, but it gets worse. This talented, smart, but somewhat obdurate blogger here was driven to the point of madness by his own investigations into the Duncan-Blake suicides. Having been fed information in what would appear to be an extremely well coordinated online campaign to fuck massively with his head, our friend – known to those familiar with the tale as DE – ended up losing it in spectacular fashion.

In the end, his unyielding belief was that Duncan-Blake had probably never existed, or weren’t really dead, or something. Once you were inside DE’s snakepit, which evidently cost him dearly in the offline world, it was frankly very hard to know what the fuck the poor man was on about. But in a nutshell, he was convinced he’d cracked the code on an enormous Alternate Reality Game. Among the vectors his thinking took at the time was an examination of hoaxes and false identities, like the JT LeRoy prank that had recently booted the literary world in the ass. JT LeRoy, funnily enough, and despite his/her status as a non-existent person, is credited as an associate producer on this movie.

There’s actually a fuck of lot more to DE’s tale than what’s outlined above, and for the interested reader–well, you have the URL, so go for it. In my experience, the story in total remains the most chilling and tangible evidence of the deadly and real reality games that are played out online, by people-organizations-agencies (I really don’t know what, or who) that seem bent on driving some folk completely and irreversibly insane. And my God, whoever they are, they’re good. Proceed with caution. Seriously.

Behind the scenes of this psychodrama, which I hate, and try to avoid thinking about too much, there are some details that have been overlooked and which keep me interested against my own will. For instance, before he was so horribly derailed, DE’s research was focused on UFOs, remote viewing, MKULTRA, and the New Age incubating work of the (Sci****logist infested) Stanford Research Institute back in the ’70s. All of which can be viewed inside a sort of feedback loop, once you start seeing the connections. And all of which I’ve touched upon in the last four parts of this essay.

In her own blog, Theresa Duncan revealed fundamentally similar lines of inquiry – which wouldn’t have been a tremendous advantage exactly to somebody moving in the high stakes media world that she inhabited. In Duncan’s case, she was manifestly aware of MKULTRA, and clearly grasped the nature and breadth of the cryptocracy that ate reality.

Most significantly, she wrote about a certain high-powered and politically well-connected family in Iowa. In a post, which is now completely missing from her blog, Duncan connected the dots between powerful individuals on the extreme right, the CIA, MKULTRA, and elite pedophile rings. And she named names. The motivation behind the post was personal, since there were people she encountered through Blake and the art world who they both feared might be victims. A couple months later, she was dead.

Which is about all I intend to write about this. Again, if you want to know more, it’s all yours.

I will go out on a limb here and suggest this – notwithstanding that I have no fucking idea what happened to Duncan and Blake, or that their deaths were anything more than the heartbreaking acts of self-destruction they appear to be, let me propose that any prevailing theories pronouncing that “Sci****logy Done It” carry no more or less weight than a counter-theory focused on Duncan’s proximity to, and candidness about, MKULTRA and the existence of organized pedophilia in deep political scenarios.

This is the same thing implied about the Children of God cult in MILKUltra pt 1,Â and it pertains to the never-answered questions behind this.

As for DE, perhaps his fate could be put down to examining more-or-less the same thing. Or maybe I’m insane. I really don’t know.

But in any event, here’s the punchline:

Duncan and Blake – who have been maligned as deluded paranoiacs both in the mainstream press and the blogosphere – are getting the Hollywood treatment.

And look who’s involved. As a “consultant”, no less.

From Wikipedia – “On November 30, 2008 the New York Post‘s Page Six reported that Bret Easton Ellis is writing a screenplay about Duncan and Blake. Director Gus Van Sant has signed on as a consultant for the movie, which is being produced by Braxton Pope and Andrew Weiner of Ithaka films along with Lionsgate.”