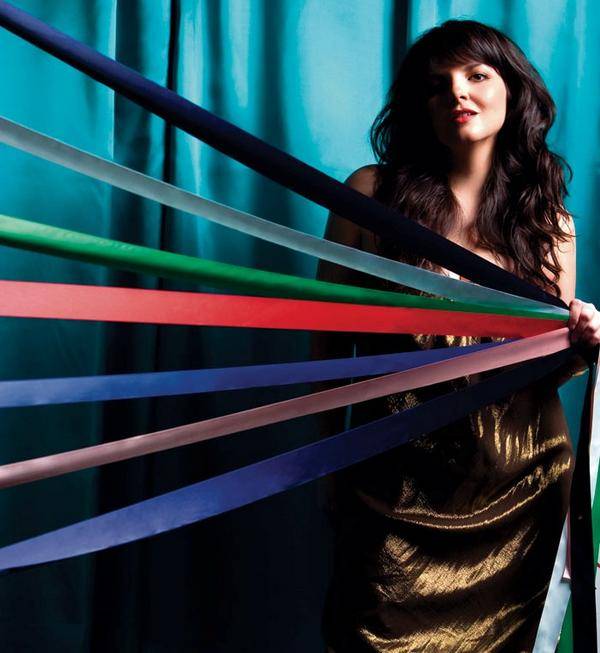 Adaline‘s recent brush with actor Robert Pattinson from the Twilight series (the second movie is being filmed here in Vancouver) at a local nightclub drew thousands of people to her Myspace page. An online source found the Vancouver singer’s Twitter post about the encounter and, 40 hours later, she found herself a genuine internet phenomenon, with her online tunes picking up 23,000+ plays.

The Snipe caught up with the singer (aka Shawna Beesley) to talk about her Pattinson experience, and the sudden burst of Internet fame – the good and the bad – that has followed.

Shawn Conner: What the hell happened?

Adaline: Well, I played South by Southwest and CMW [Canadian Music Week], and everyone kept saying I had to get on Twitter. And I was like, do I really need one more social network? And so the funny part about the whole Twilight thing is, I picked up the book on the way to South by Southwest in the airport, and I remember thinking, “Oh, I can’t read this, it’s so pop culture.” But I read it on the plane and made everyone around me uncomfortable because I was breathing heavy. It’s a pretty sexy book, especially for young adult reading material. So I was pretty happy about that.

So I read it, came home, and of course wanted to watch the movie. So I watched the movie. And, coincidentally, I started my Twitter account right after. And then all this weird stuff started happening. I was joking around with the editor of the Edmonton Journal, who’s a fan of the movie, about how the lead guy and I were vampire soulmates, just poking fun at myself and just being a crazy girl. A few days later I get a video added to the Toronto Star website, and the one that plays right after mine–and there are thousands on there – is of Robert Pattinson. Haha, that’s pretty funny, I thought. Then, the next day, a Vancouver commuter paper published a feature on me, and there was a story on him on the facing page.

So, a few days later I’m hanging out at Richard’s on Richards and he’s standing right there, on the balcony, just hanging out. I recognized him right away. And then I was like, ‘That’s crazy.’ Because my Twilight experience was only a week old. He was just chatting with his friends, and there were some people trying to take pictures, and he was like, “I can’t take pictures tonight.”

So I just went up to him and said, “Hi, I’m not interested in a picture, just wanted to say hi and that I really love the movie and I know you’re just a regular person, so I don’t need anything from you.” Then he gave me this hug, and was like, “You’re the first person to say that all day.” So that was fine, but it’s not like my world stood still. It was a nice experience but I don’t really get starstruck easily. I’m always meeting people, that’s kind of what I do.

This is the part that’s crazy; at 4:30 in the morning, I post on my Twitter site – and I have maybe 10 or 15 people following me, and just wrote that I’d met him, and went to bed. And the next morning, I’ve got like a 100 messages in my inbox. And I check my myspace page and I’ve got 3,000 listens. This is at 9 a.m., so it had to have been between 5 and nine. Then I find this online source saying he’d been sighted by a talented Vancouver indie artist, and it had a link to my Myspace page. By the end of the day I’d had 13,000 plays and hundreds of messages from all over the world. I wrote a blog about it, and as soon as I published it, dozens and dozens of Pattinson fan club sites posted it everywhere. It was all over the Internet. And then the blog started coming in. My messages were really positive, but some people thought I was lying, some thought I was trying to leverage myself on his fame. And I’m sitting there going all I did was put up a Twitter post.