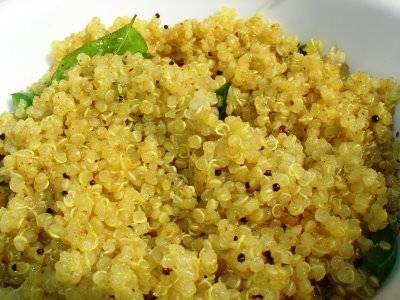 Staying up late, sleeping for four hours, and then driving 400 miles is not exactly a banner of healthy living. But the idea that balance is elusive simply is not true anymore. We have so many tools in this day and age to combat the bad habits, malaise, and hedonistic gluttony that used to plague rock ‘n’ roll. The prevalence of local co-ops, vegan restaurants, ethnic fare, and Whole Foods has made the business of touring feel like an extension of home (without the juicer – I find it too bulky to fit into your carry-on).

In the last few years, working as a tour manager, I have noticed a movement evolving simply beyond maintaining one’s healthy status quo on the road – a feat in and of itself if you ask me. By and large, healthy eating is strictly reserved for the individual who makes the choice to set boundaries and then stick to them in the throes of such a manic lifestyle. The model of healthy individual has evolved into the model of healthy band; to elaborate, bands set rules and goals for healthy living before they even begin a tour, to be enforced mutually while on the road together.

I began to notice this trend a few years ago, as a passive fly-on-the-wall on a Ted Leo tour. Many of them vegetarians and vegans already, I thought it impressive that every week they collectively withheld one new item from their diet aside from the obvious meat and dairy – one week, wheat; the next, sugar; lather, rinse repeat. All the while, they drank a handle of Jameson every single night. The first time I heard of the Canadian protein source, Vega, was on that tour – vegan, allergen-free protein powder, meal supplement/replacement. Vega has many titles and is a multi-faceted food staple for a band with the discipline to give up vices on tour (while clearly keeping their favorite). I admired their dedication.

I also remember seeing pictures of Stars outside their bus doing yoga together on the side of the road–clearly something that might not happen at home but is definitely at home on the road. The advantages of finding self-discipline through others seem pretty clear in every day life but in the ever-individualized life on tour, it is incredibly easy to isolate, starting a domino effect of erratic, unhealthy behavior. Strength in numbers is a better way to find longevity and stamina in long-term touring and bands are definitely capitalizing on it.

As was further explained by members of Leslie & the LY’s, tours are the perfect length for changing habits and engaging in overall self-improvement. Sticking to their 100 per cent vegetarian-and-no-alcohol pacts, a one-to-two month-long tour allows one to draw his or her own Lent-like boundaries and realistically uphold them. While sometimes the only option for vegetarians on a budget is Subway (the American Interstate Highway System is an exercise in subjectivism), it can be a lot worse.

Rock ‘n’ roll just ain’t what it used to be with regards to health and balance–that is to say, there is now a regard for both–and I can’t say I’m sad about it.

One response to “The 30-city cleanse”