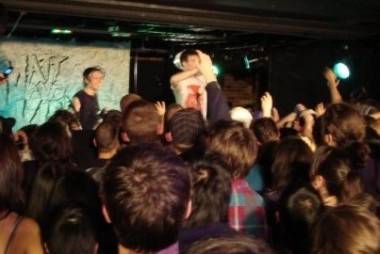 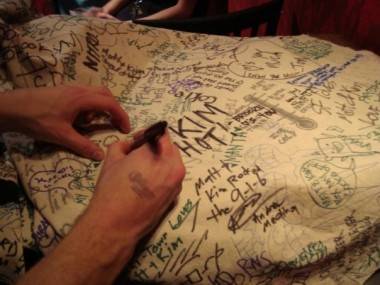 It’s doubtful that another year of supposed maturity will affect this puerile pair, and the odds of the couple giving in to adulthood and preconceived notions of domestic life seem slim to none. The music video for “Daylight” has the husband-and-wife team playing their instruments (keyboard and drums respectively) all around their Brooklyn apartment–jamming in the shower, in the closet, even in bed. I suppose that’s one way to spice up the married sex–good thing neither plays the slide whistle. Heyo!

The duo played the whole show in front of a huge banner that was branded with the band’s name and hundreds of signatures from past audience members–like the autographed back page of an over-sized high school yearbook.