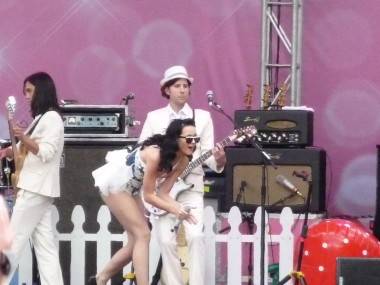 First off, preconceptions: I had none, really. I just wanted to know if Katy Perry can rock.

Most of the audience seemed to be 20something girls in pairs or threes, taking pictures of themselves every few minutes. But a few guys, most likely with their girlfriends, were along for the ride, though some might have been smart enough to realize this was where the girls were going to be. A lot of the audience crushed up against the stage at the sold-out (“in five minutes,” as Ms. Perry crowed at one point) show spent an inordinate amount of time taking pictures or video footage. I’m sure I was the only person in the Commodore who’d had waited outside to pass on building plans to his general contractor for renovations.

In case you’ve missed the boat, Perry has become an overnight polka-dotted sensation thanks in large part to her prurient hit “I Kissed a Girl”, and there was a definite thrum of anticipation in the air as we awaited the massive hit. On the way though there were some highlights: the Rocky Horror glam of “Fingerprints”, the shouter “Hot N Cold” (conspicuously missing its biggest hook, the part where Perry whines “You!” before the “You really shouldn’t stay, no” bit; too hard to sing, maybe?), and the title track (“One of the Boys”) to her album. 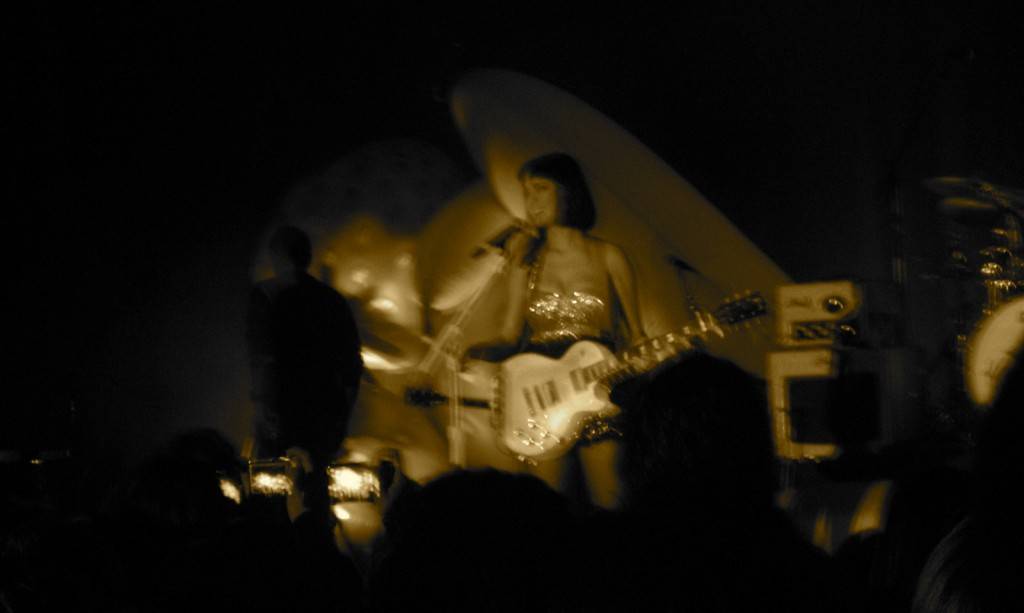 Perry’s performance and the show itself was mostly high energy, though the ballads slowed things down and realistically, she has about 20 minutes’ worth of good material, which she had to stretch out over 60. But with her Bettie Page bangs and hammy facial expressions Perry‘s easy to watch, and she sported a couple of stylin’ outfits, particularly the crinoline-and-glitter prom dress w/fishnets. (Though I think one day she may regret the leopard-print Danskin she wore for the encore.) The stage set was inflatable fruit and a giant balloon head of some kind of creature, and her four-piece band were unexciting pros in no danger of upstaging the main attraction. (For the record, they wore white suits ribbed with glow-sticks.)

Between songs the singer trash-talked her exes (one of whom apparently is some dude from Gym Class Heroes), and introduced “Ur So Gay” as being “a bad [i.e. mean-spirited] song” about an ex. I’m not sure how well this might sit with gay rights activists, though Rush Limbaugh would probably like it just fine, if he wasn’t so busy listening to Guy Lombardo. (This week’s edition of Seattle hipster weekly The Stranger specifically targeted the song in a knee-jerk negative liberal fashion, but what do you expect in the hometown of Mudhoney?) At the end, Perry sort-of crowd-surfed–if you can call leaning into the audience while a bouncer holds onto your legs with your butt in his face crowd-surfing. Yep, Courtney Love could eat this one for breakfast. 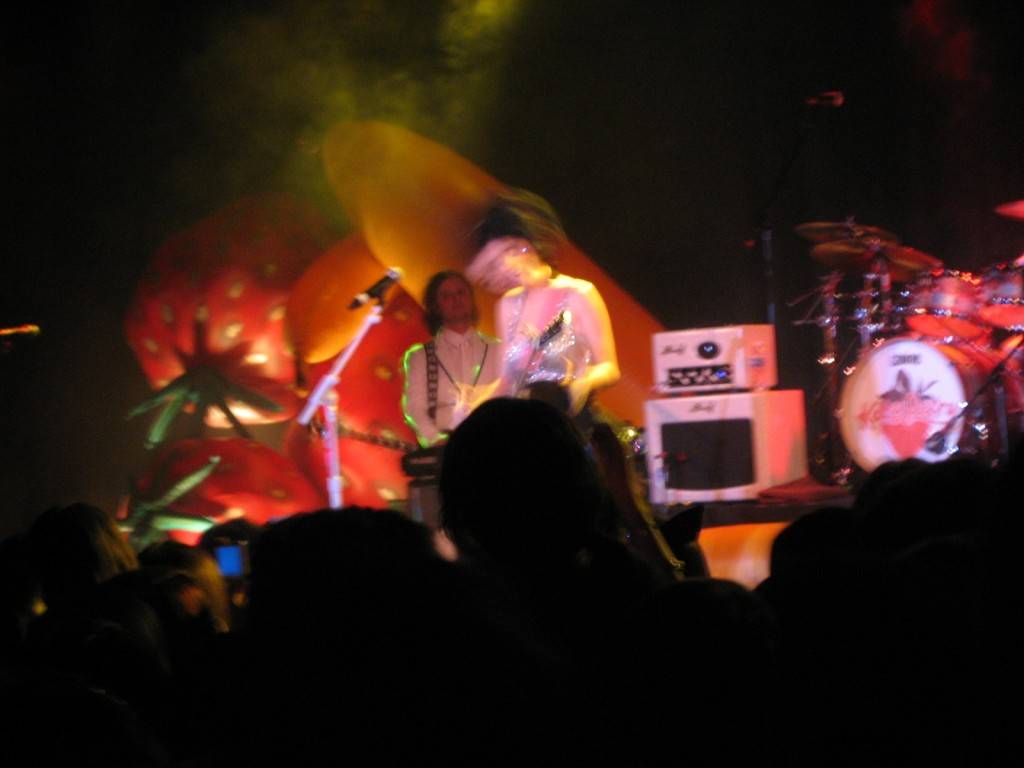 But at other times during Katy Perry’s Commodore performance I was reminded of Cyndi Lauper, Chrissie Hynde, Pat Benatar, and the Go-Gos, which to my mind is pretty good company. Still, the kid could throw a little more reckless abandon into her act, a little more danger – “Waking Up in Vegas” could use a little of Love’s attitude and grit. There was a moment though, after her very Alanis-like ballad “Thinking of You”, where I thought Perry looked as if she was considering smashing her acoustic guitar on the stage. Alas, it was probably just a trick of the light.

3 responses to “Katy Perry at the Commodore Ballroom”