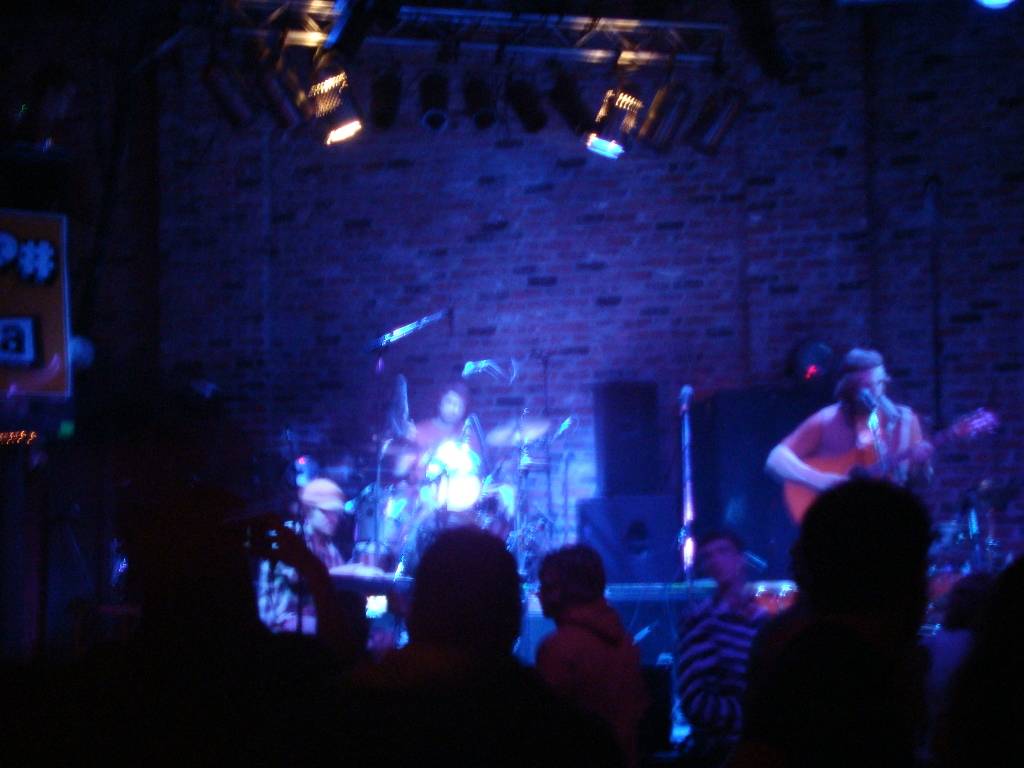 The smoke machine at Richard’s is a lot like the gas leak in my building; both trigger surreal visuals (the smoke machine – an otherworldly fog, the gas leak – pink dancing ponies), and both have a distinct, noxious bouquet I foolishly believe won’t aggravate my bronchitis. The combined fumes are also a lot like the two bands that book-ended last night’s show: fun in small doses, but ultimately bad for you.

It sucks when two lamentable acts like Family Room and Jon & Roy sandwich a great French cabaret band like Vancouver’s Wintermitts. It’s especially sucky when the crowd goes apeshit over a predictable harmonica solo, but can’t appreciate a good glockenspiel when they hear one.

During the break I chatted with a guy who was ordering himself a raspberry martini. Despite the faux pas (a martini at Richard’s?!), the guy was a sweetheart, and when I mentioned there were female musicians in the Wintermitts he beamed and said with utmost sincerity, “Girls? Really? I LOVE Alanis!” That’s the thing about the fans at these nouveau hippie showsÂ -Â they’re so unintentionally hilarious you’re torn between mocking them and hugging them. It’s as if these Jack Johnson-ites were so content with their older brother’s busted-up Bob Marley cassettes that they never bothered to seek out any new sounds.

I know I sound cooler-than-thou so I apologize, but the truly irksome fact was not the harmless martini swiller, but that this guy’s paltry musical reference points were the norm. It’s very unsettling when two mediocre bands are rewarded with loud, boisterous praise, while a much better band receives a mere polite smattering of applause. It’s not like Meredith Monk was up there exercising her vocal chords – Wintermitts is a fun, accessible band of smiling, clapping, French people, so what’s not to like? 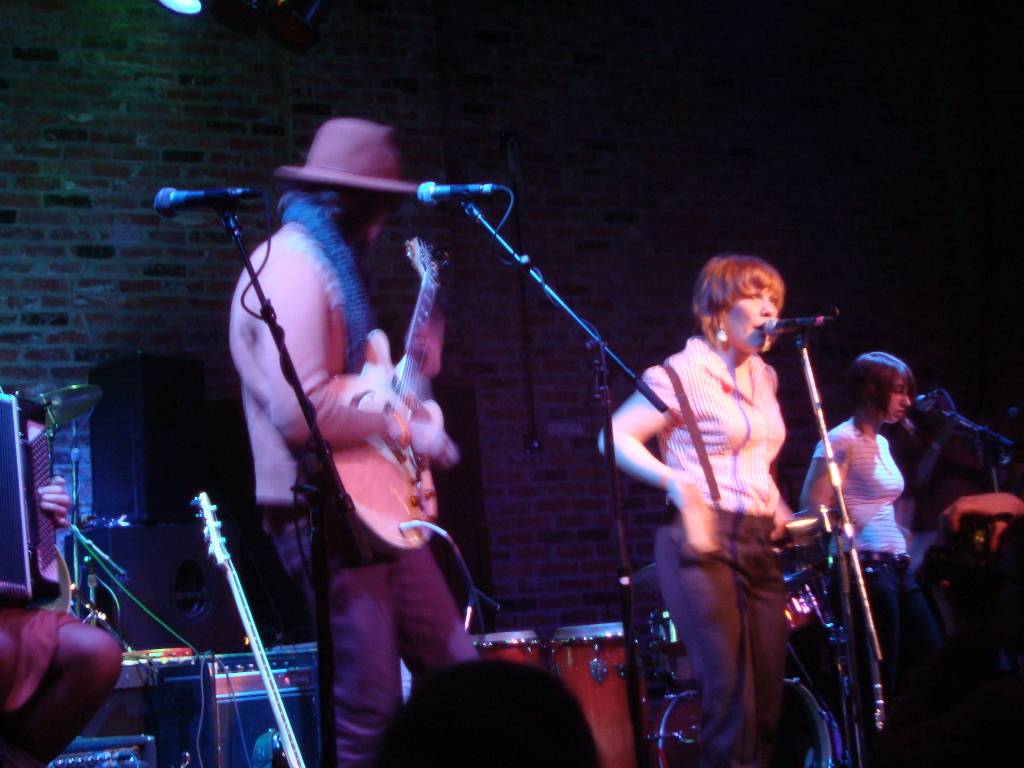 I suppose that just by virtue of being French-Canadian there’s going to be that tinge of ostracism, and half the lyrics are in French. But let’s take a line from the Family Room bio on their MySpace page for comparison, shall we?

“Many breathtaking northern sunrises were witnessed from the hazy garden beds, and the same sun set every night while the boys slowly exposed their souls in the form of sweet (and sometimes salty) melodies.”

If the bio is any indication of Family Room’s lyrical capacity, I’d gladly choose some indecipherable French over that emetic drivel. It’s funny that their name is Family Room, because rec rooms should be the largest venues these guys play. There’s no need to see this band on a medium-sized stage – their sound doesn’t translate well here. If Family Room really wants to branch out, they should book some campfire gigs in their friends’ back yards. 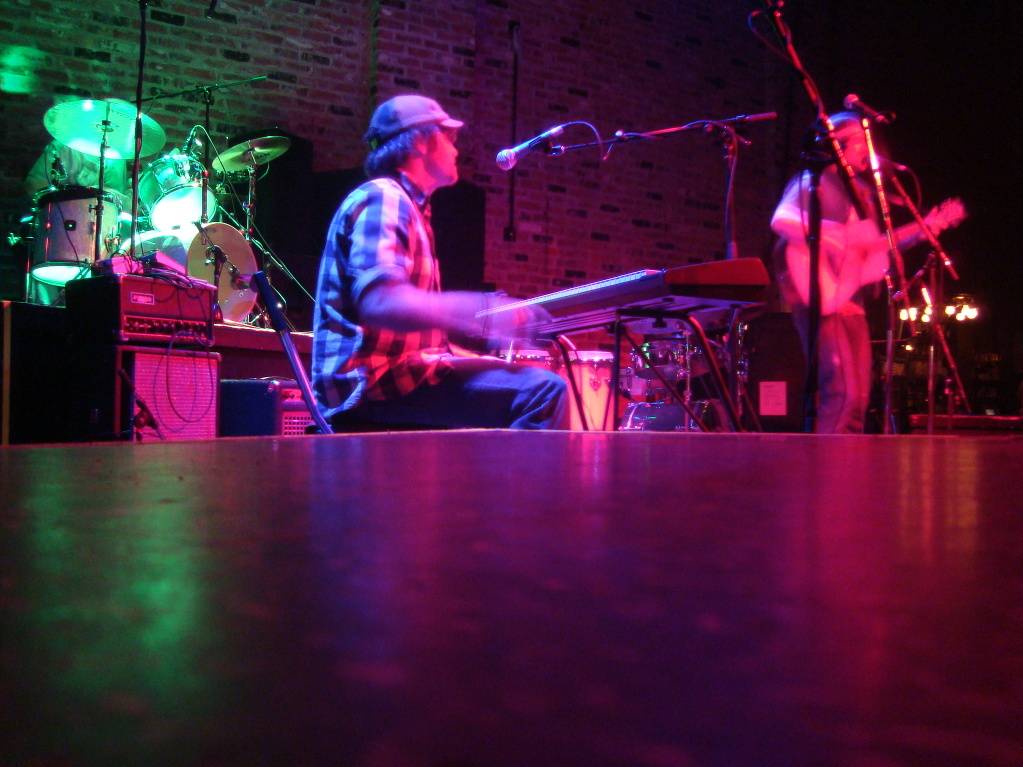 Oh yeah, and the headliners. Jon & Roy remind me of my high school days, specifically the Ben Harper that drunk sportos would play in their jeeps while they molested naÃ¯ve girls like me in their backseats. So cheers to all the dudes who’re gonna get laid to this music – you rock.

The nicest thing I can say about the Victoria duo is that their songs make me want to sip hot cider with friends on a cold winter’s night. That’s pretty nice, right? One of their tracks, “Another World”, is being used in a Volkswagen commercial, which makes perfect sense for such a marketable band. They know how to play their instruments, they craft some nice melodies, and your mom wouldn’t mind if you played them during dinner – but if this is your idea of a great band, I think you need a little more glockenspiel in your life. Or I need to stand closer to the smoke machine.

One response to “Jon and Roy at Richard’s on Richards”