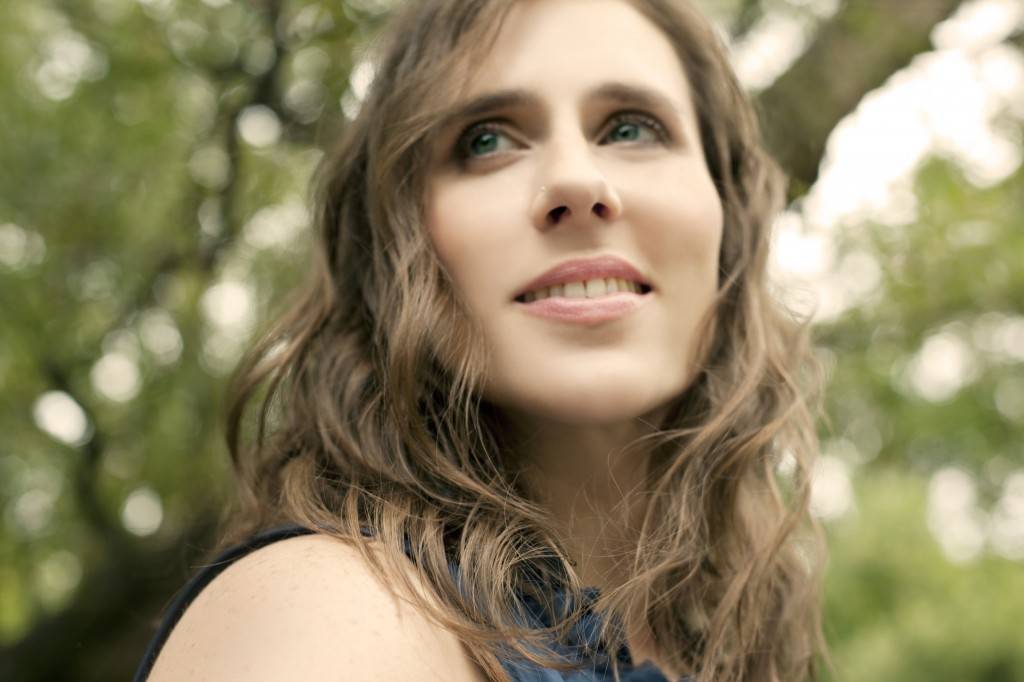 Read the list of recordings Rose Cousins has appeared on and you might get the idea she’s the only back-up singer on the East Coast.

But Cousins’ biggest break was her appearance on Joel Plaskett‘s amazing and ambitious (and Polaris Prize-nominated) 2009 album Three. On the sprawling record, she and Anna Egge are like a Greek chorus to the singer; not singing harmony but the same register, which is a nice and distinctive effect.

Now, Cousins has just released her second full-length album. The Send Off, produced by Luke Doucet (who also makes it a good album for guitar fans), demonstrates that the East Coast singer is no slouch in the writing department, either.

The stately midtempo pop song “Maybe I Knew”, the easy yearning of “I Were the Bird” and the lightfooted, folkie “Sadie in the Kitchen” are all accomplished songs in their own right.

We caught up with Ms. Cousins on her way from Halifax to PEI, where she was going to have dinner with her family, and just before she set out on a cross-Canada jaunt with fellow East Coaster Amelia Curran. 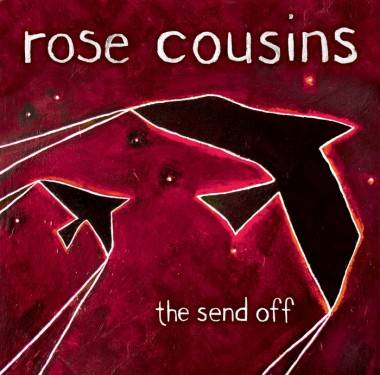 Shawn Conner: I noticed on your website you mention Laura Veirs‘ new album, July Flame, as something you’ve been listening to. I love that record. How did you discover her?

SC: How do you know her stuff?

RC: I think I was given a mixed CD or burned CD of hers, probably Carbon Glacier, however many years ago that came out, from a friend of mine, then I ended up buying it myself and all the records since then.

SC: I was looking at the list of records you’ve sung on. Is there a record recorded on the East Coast in the last few years you didn’t sing on?

SC: You cover “I Don’t Care”, a Mary Margaret O’Hara song on the new album. How did that come about?

RC: A friend of mine was listening to Stuart McLean’s “Vinyl Café” [a CBC radio show] and he actually played it twice. He was using it as an example – at the end she does this vocalization thing that sounds like a theremin and he was talking about that.

My friend heard it and found the song on YouTube and sent me the link, saying “Listen to it, don’t watch the video.” And I listened to it for like four hours straight, on a drive – from Halifax to St. John. It’s a painful song about something real and those are my favourite kinds. I was encouraged to put it on the record. I wasn’t sure and then we got in touch with Mary Margaret and she said it was cool.

SC: Did having a big role on the Joel Plaskett album open any doors for you?

RC: Well, we’ve been friends for a few years and live in the same place and cross paths all the time. As for opening doors, I think it got my name attached to someone who is very well known in Canada and whose work I really like, I’m a huge fan, and he’s probably one of the hardest working people I ever met.

He’s very ambitious and he’s a huge music fan so it was inspiring to be around him, especially at a time I was writing for my new album. And it was cool to travel across the country with him because he has so many amazing fans.

People spill over themselves waiting to talk to him. And he was really generous – we each [Anna Egge is the other backup vocalist on the album and subsequent tour] got to sing a song in the show. We weren’t just backup singers, we were part of the show.

SC: So is the Cousins name a big deal on the East Coast? There’s coastline named after the family name…

RC: Well PEI’s a small place. It’s not coastline, it’s just a beach – the Cousins Shore, it’s right beside the farm where I grew up. There are Cousins in the area and on the Island. I was recently to the U.K. for the first time and met a fellow in Manchester with the same name.

SC: Do you have a big family?

RC: I grew up one of five kids. On a potato farm, not to be typical…

SC: Are any of your siblings following in your footsteps?

RC: I’m the only professional musician in my family. But both my sister and mother are very musical, they both play piano. Everyone can sing and one of my brothers plays guitar a little bit.

SC: And you’re probably the only one in your family who has opened for Paul McCartney [Cousins was with Plaskett when he opened for the big cheese in Halifax last year]. Was it nerve-wracking?

RC: That’s one of the other things I learned being on the road with him, when I’m part of a band I’m not fronting the nervousness is different, it’s more like excitement, because I’m not carrying the show myself. I know Joel was nervous for sure. But it was really thrilling, the biggest crowd I’d ever played for.

RC: No, they had him cordoned off.

RC: I wanted Joel to meet him but it didn’t work out.

One response to “Rose Cousins”