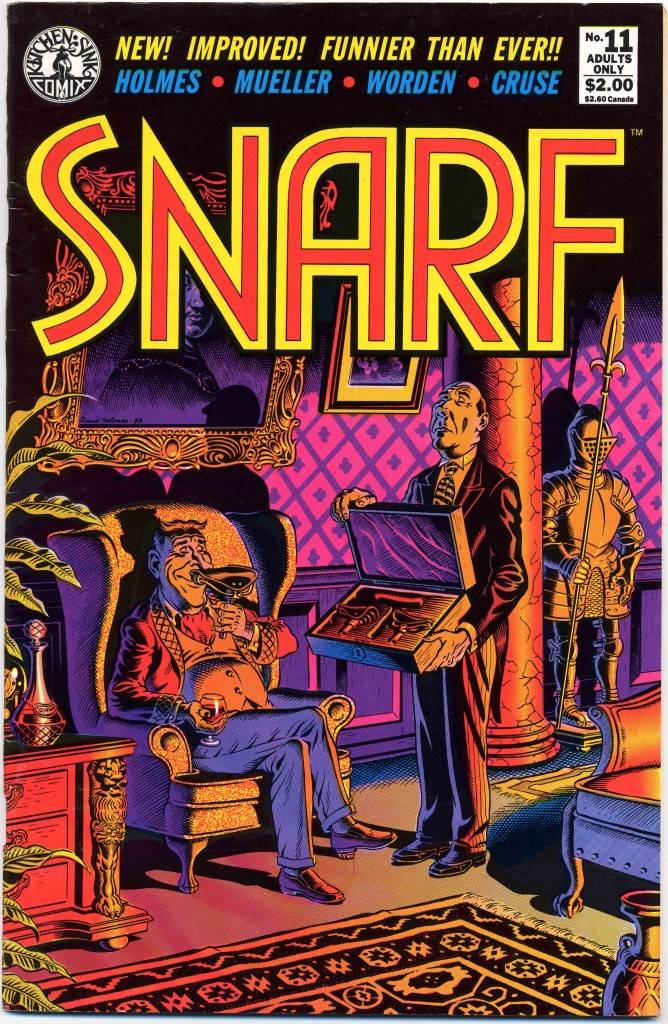 Interview – Patrick Rosenkranz on The Artist Himself: A Rand Holmes Retrospective

Fantagraphics Books’ publication of The Artist Himself: A Rand Holmes Retrospective is more of an event than has been properly acknowledged. A mix of biography and samples of Holmes’ work, it’s a treasury of the work and life of an underrated, nearly forgotten underground comics artist – certainly the best example of the species to come out of Canada in the 1970s, and long overdue at that.

Raised in Edmonton, Rand Holmes moved to Vancouver while in his early 20s, at the beginning of the 1970s. During the decade that followed he lived a hand-to-mouth existence drawing covers, illustrations and comics for the city’s entertainment and news weekly as well as various publishers.

He created an alter ego, Harold Hedd who, unlike many of the characters that were created in the underground scene, wasn’t a complete pothead fuck-up; Harold liked his weed, but he could still James Bond his way out of potentially fatal situations (like flying a plane on fire). 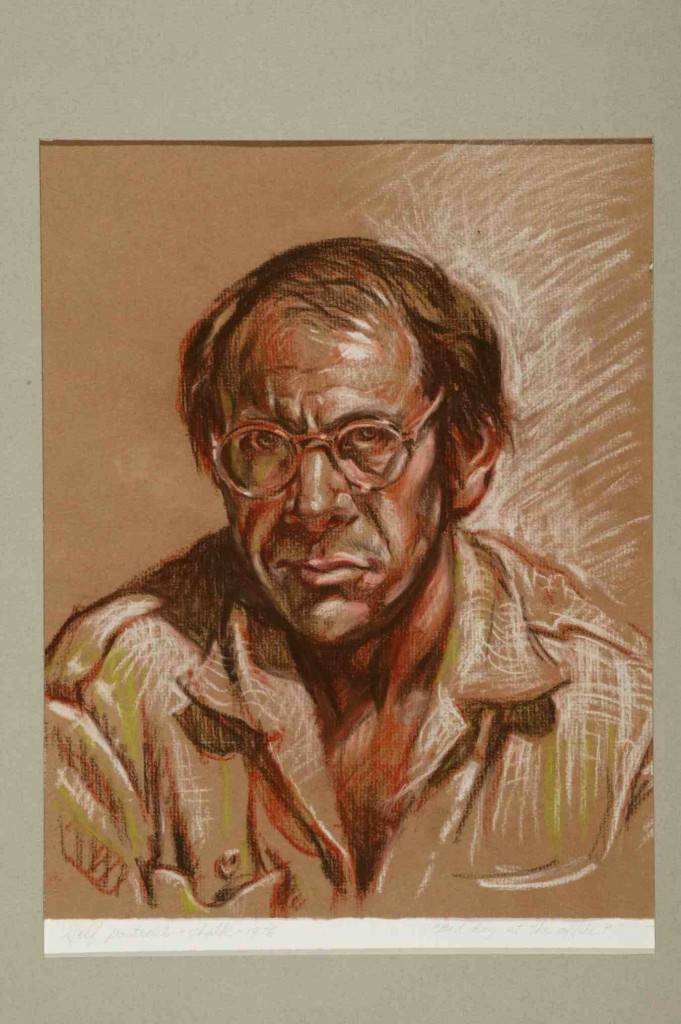 Harold was a more outgoing version of the capable but introverted Holmes, who lived the second half of his life (from 1980 until 2002, when he died of Hodgkins lymphoma) on Lasqueti Island, one of the last (if not the last) of the Gulf Islands to eschew development in favour of a back-to-the-land lifestyle.

There, he hunted, lived in the woods and at a home he’d built with his wife Martha, and painted; many of those paintings are being seen by the public for the first time in the pages of The Artist Himself.

I talked to Patrick Rosenkranz, the book’s Portland-based author, and the writer of Rebel Visions: Underground Comics 1963-1975 and You Call This Art?!! A Greg Irons Retrospective. 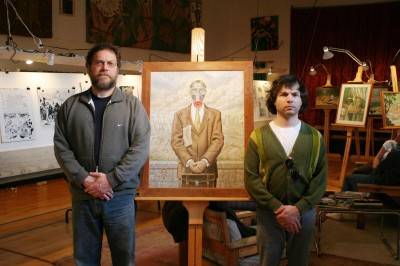 Patrick Rosenkranz: I started corresponding with in in 1972. I made a trip to Vancouver in 1973, but he ducked out and hid from me. He was living on the third floor of the Georgia Straight building. I said, “I’m here to see Rand Holmes,” and they said “We don’t know where he is.” I said “He told me you’d say this,” but he wouldn’t come down. Later I learned he was upstairs on the third floor the whole time. I never held that against him, it was part of his nature.

PR: Well, some are introverted. One thing’s for sure with Rand; there are a lot of good cartoonists who are not very interesting people. But he was both, an interesting person and a great cartoonist. That’s what interested me in the story.

SC: I recently caught the Counterculture Comix exhibit at this year’s Bumbershoot in Seattle, and I realized there was no one in the Pacific Northwest who was really a contemporary of Rand, not even in Seattle or Portland at the time. And really, there are relatively few underground comix artists when you look at the big picture. Holmes really was an anomaly.

PR: There were a few people who were in Seattle briefly, but for the most part there was no counterculture comics activity. Most of the activity was in San Francisco, New York, Wisconsin, Chicago. And Vancouver.

SC: He was also quite eccentric. Was there anything you didn’t put in the book because you didn’t want people to get the wrong impression?

PR: That’s always the case when I dig and dig on people, and I find things that maybe shouldn’t be in the book. One of the reasons I have credibility among underground cartoonists is because I respect that.

People have asked me not to print stories – like the guy who got busted for selling hash to an undercover cop his first day in San Francisco. There was a story I tried to chase down about Rand, but I couldn’t get confirmation…

I selectively chose the parts of the journals I thought were the most interesting. Some parts were kind of boring, as anyone’s would be. But I sure had a lot of material. I had many many more illustrations than I could fit in.

SC: When was he most proflic?

PR: Certainly in the early ’70s, he produced an awful lot of work. All the Harold Hedd strips, the comic Wings Over Tijuana, stories for Fog City Comics and  Slow Death Funnies. He did a lot of work during that time.

Later on, in the later ’70s, he was also prolific but he was in a different state of mind. He was depressed, really reclusive, drinking too much. Yet he was still productive. Then, once he was on Lasqueti, he did so much. I don’t know if you’ve ever been in a homesteading situation, but it’s an incredible amount of work. But he carved duck decoys, made his own rifles, did all this stuff.

SC: Did Lasqueti save his life?

PR: It’s hard to say. But it was definitely a good thing for him. He got out of the city and went back to the land. I was part of that too, only about 10 years earlier. I moved to the farm and raised chickens. Rand had all these fantasies of being a woodsman from the 19th century.

He would not have been able to do that in the city. He even had a hunting cabin in the woods, even his wife and kid didn’t know where it was. Being on a remote island still wasn’t quite isolated enough.

SC: Should he be in the pantheon of great underground cartoonists?

PR: It always surprises me how some of these guys get forgotten. How can they be forgotten? But the work appeared in small publications, with small circulation. Comic books are ephemeral. But he left behind an incredible amount of work. All the work that appeared in the Georgia Straight was seen only by people in the area. It’s kind of a shame.

It wasn’ t my intention to rescue Rand Holmes from obscurity. I wouldn’t be the one to say he deserves to be regarded as one of the best… it’s sort of an accident of history. I see other comics writers saying so-and-so deserves more credit. I don’t like saying those things. You throw your hat in the ring and hope for the best.

Holmes wasn’t a businessman. He just kept at it and kept at it. [Kitchen Sink publisher] Denis Kitchen was trying to get him to do another book, but he said carpentry paid better. Those stories Rand tells in his journal, especially the letters he’s exchanging with his German publisher, are heartbreaking – he can’t afford zipatone, he can’t afford coal oil so he can work after sundown [on Lasqueti].