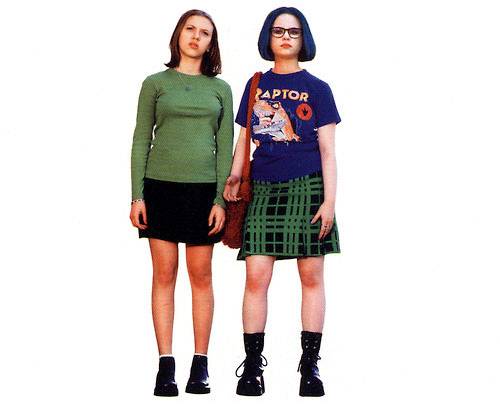 Except for one, perhaps significant, commonality, not much unites Harvey Pekar and Daniel Clowes. They’re from different generations – Pekar, who died last year, was a contemporary of Robert Crumb’s; Clowes is from a generation that worshipped Crumb. Pekar wrote not only autobiography, but autobiography almost painfully quotidian in its striving for realism and accuracy; Clowes makes stuff up, usually. Pekar didn’t draw; Clowes writes and draws his own stuff.

Weirdly, though, they both had some mainstream success – Clowes with the movie adaptation of his graphic novel Ghost World, Pekar with a film version of his life and comic, American Splendor (of course, Pekar also crashed, literally, the mainstream with his David Letterman appearances). 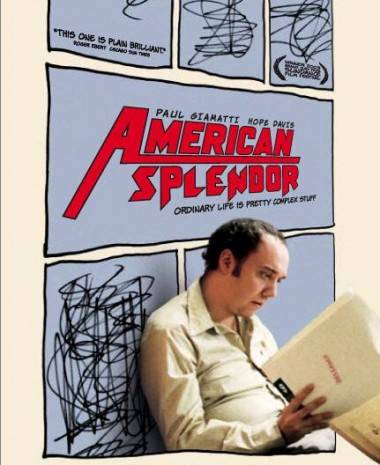 All of which indirectly brings us to the two latest books from the two alt-comics titans. On the surface, Clowes’ Mister Wonderful (Pantheon) and Pekar’s oddly titled Huntington, West Virginia “On the Fly” (Villard) are different, but they are linked by some commonalities.

Mister Wonderful is a comic-strip shaped collection of a serialization that first appeared in the New York Times Magazine. As far as I can tell On the Fly is previously unpublished material stories, all done in collaboration with artist Summer McClinton (about whom I could find very little on the Web). In Mister Wonderful, Clowes uses a couple of comic-strip techniques, as he also did with last year’s Wilson, to tell the story of one night in the life of the title character, whose blind date leads to some unexpected consequences. 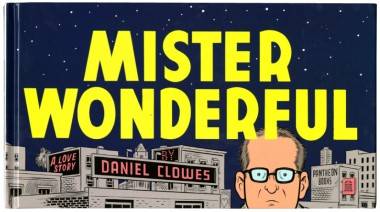 In On the Fly, and with the exception of the last “title track” story, Pekar acts like the Cryptkeeper from those old horror comics – he introduces the story and then fades into the background. McClinton’s art is almost chiaroscuro-like in its use of blacks and whites, almost photo-realist too. These stories are about friends of Pekar’s. Their lives and stories vary in degrees of superficial interest for sure – Hollywood Bob, for instance, is an eccentric with great stories; Presser is a guy who decided to open a diner in Cleveland. But it’s to Pekar’s storytelling credit that each is tale interesting in its own right. But the last story, which involves Harvey directly (including his obsession with getting paid, a theme in most of his work), is probably the best; as fans have learned, Pekar is one of the world’s great curmudgeons, a joyless joy to spend time with. 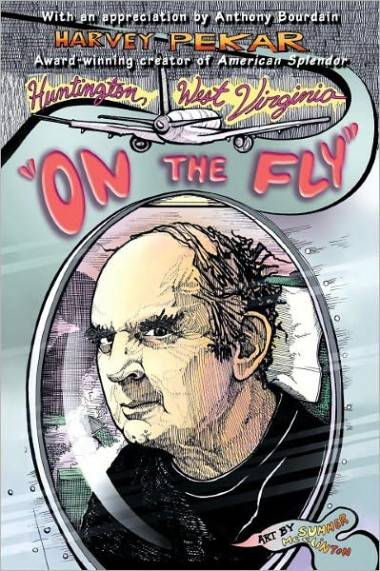 Mr. Wonderful‘s title character is also a curmudgeon, though maybe not in the same class as our beloved Pekar. The problem with Mr. Wonderful is that the story’s mundane elements (waiting for a blind date, weird altercations with street people, uncomfortable parties, misunderstandings) and the title character’s unearned and unjustified pessimism add up to an unappealing whole. The name Mr. Wonderful is probably meant to refer to the title character, who obviously isn’t all that wonderful, but nor is he so bad that sarcasm is warranted. If it’s supposed to be a joke, it’s a lame one.

Like Mr. Wonderful, On the Fly is also an easy-breezy read. But in Pekar’s work, real-life easily trumps fiction; nothing in Mr. Wonderful is even as remotely interesting as Harvey’s real-life interactions and characters. Hopefully this is not the last posthumous work we’ll see from the writer but, considering his personality, Pekar was probably writing (and obsessing about money) right to the very end.