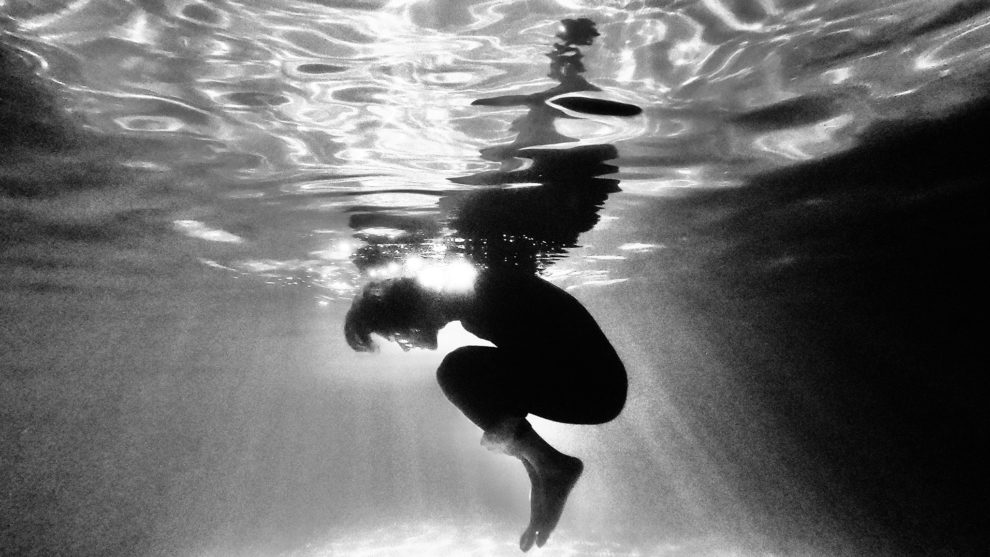 A scene from Queena Li’s Bipolar.

Three of the films have Vancouver connections. Kier-La Janisse, director of a three-hour-plus doc about the folk-horror subgenre, lived here in the early 2000s. She programmed a horror movie program called CineMuerte at Pacific Cinematheque. Blaine Thurier is a Vancouverite, and until recently played keyboards in the New Pornographers, a partially local outfit. And Bipolar, which seems to be getting the most push by the festival, is based on a novel that begins in Vancouver (although the psychedelic road-trip movie takes place elsewhere).

Here are the VIFF’s brief synopses, along with excerpts of reviews and whether or not we think the film in question will be a good bet.

Note: The festival is presenting all the movies in theatres (mostly the Rio) and making them available for streaming across the province or even Canada-wide on VIFF Connect. For tickets and times visit viff.org.

A road trip and the nightmare of Manhattan real estate

Bipolar (Queena Li, China, 2021)—”In the Tibetan capital on a luxury pilgrimage, a musician takes it upon herself to liberate a sacred lobster from a cramped tank in hopes of returning it to the ocean. The catch? The endless kilometres of weirdness that lay between them and the water.” Screendaily.com calls it “An episodic, oddball story which often seems to unfold in the hinterland between dreams and reality, this arresting but frequently confounding journey defies easy deconstruction, but is seeded with hints and clues,” and likened it to the work of Winnipeg filmmaker Guy Maddin. The film marks the debut feature from Queena Li, who co-wrote the script based on a 2017 novel by Gosha Wen called Hastings Express. Although the movie is set in Tibet, the novel’s protagonist travels from Vancouver to Halifax. Canadian premiere.

Should you see it? Possibly. Watch with your third eye (and on a gummy).

The Scary of Sixty-First (Dasha Nekrasova, USA, 2021)—”When two college friends secure a cheap Manhattan apartment, it’s not only too good to be true but worse than they could’ve ever imagined: the suite was previously Jeffrey Epstein’s love nest and is now home to other malevolent forces.” According to Variety.com, “[Director] Dasha Nekrasova’s debut has knives out for Jeffrey Epstein, the royal family and any delicate viewer sensibilities, but is funny and angry enough to get away with it.” Nekrasova, the co-host of the podcast Red Scare, wrote the screenplay with actor Madeline Quinn, who plays one of the main characters. The “loosely shaped” screenplay contains “delirious, almost poetically nasty verbiage,” says the review. Canadian premiere.

Should you see it: Yes, but be prepared to go to some dark places.

Whimsy and blood in Altered States

Strawberry Mansion (Albert Birney and Kentucker Audley, USA, 2021)—”In 2035, James audits people’s dreams, assessing them back taxes for their fantasies. Diving into the deep end of an archive of dreams belonging to elderly Bella, he embarks on an adventure featuring seafaring rats, mythical beasts, and a younger Bella.” The movie is the second feature collaboration from the writing-directing team of Audley and Birney. The Hollywood Reporter says that “Strawberry Mansion is an intentionally light respite from the painful times that we’re living in right now… It’s a candy-colored storybook that wants nothing more than to put you at ease.”

Should you see it: Possibly. If you’re a fan of Wes Anderson.

Kicking Blood (Blaine Thurier, Canada, 2021)—”When Anna, a high-on-hemoglobin vampire, becomes enchanted by Robbie, a despondent alcoholic, she nurtures his sobriety and considers forsaking her immortality. But her newfound nurturing instincts don’t sit well with her blood-sucking brethren…” Flickeringmyth.com‘s take on Vancouver filmmaker Thurier’s fourth feature is that “This stridently unconventional vampire film is a major breath of fresh air, trading buckets of blood for slinky existential commentary.”

Should you see it: Yes, if you can put aside expectations of a typical vampire flick.

A ‘gonzo thriller’ and a Canadian SF feature

Saloum (Jean Luc Herbulot, Senegal, 2021)—”Having successively orchestrated a coup, extracted a drug lord, and absconded with a gold bounty, the Bangui Hyenas find their run of good luck ends abruptly when they’re shot down over Senegal’s Sine Saloum region. A heady mix of mysticism and mayhem.” The Hollywood Reporter reports that “Genre cinema rarely feels as multifaceted as Congolese director Herbulot’s gonzo thriller… which combines its disparate influences with such abandon that you can’t help but go along for the ride.”

Should you see it: Yes! Bonus: it’s only 80 minutes, the perfect run-time for a thriller (and a comedy. Note to Judd Apatow).

Tin Can (Seth A. Smith, Canada, 2020)—”Racing to find a cure for a global outbreak, a parasitologist is abducted and awakens in a suspended animation chamber. As she kicks and screams her way to freedom, Tin Can trades claustrophobic tension for undiluted nightmare fuel.” TheSpool.net said, “Tin Can‘s headiness still makes room for a fundamentally human story at its core – about human frailty, jealousy, and the heaving surrender of our own bodies.”

Should you see it: 50/50. In the plus column: it’s Canadian, and has an intriguing premise. In the negative: The Crescent, Tin Can director Smith’s 2017 film, did not receive glowing reviews. Update: Avoid. A decent middle is undone by an all-but-incomprehensible, if ambitious, third act. Also, there is a dull love triangle subplot that undoes the movie’s more interesting ideas.

Woodlands Dark and Days Bewitched: A History of Folk Horror (Kier-La Janisse, USA, 2021)—”Tracing folk horror’s path from the likes of The Wicker Man to more recent fare like Midsommar, Kier-La Janisse has fashioned an ambitious deep dive into every recess of one of the genre cinema’s most spiritually resonant and culturally specific strains.”

Should you see it? Yes—if you’re already a horror fan. And, if you’ve read this far, you probably are. 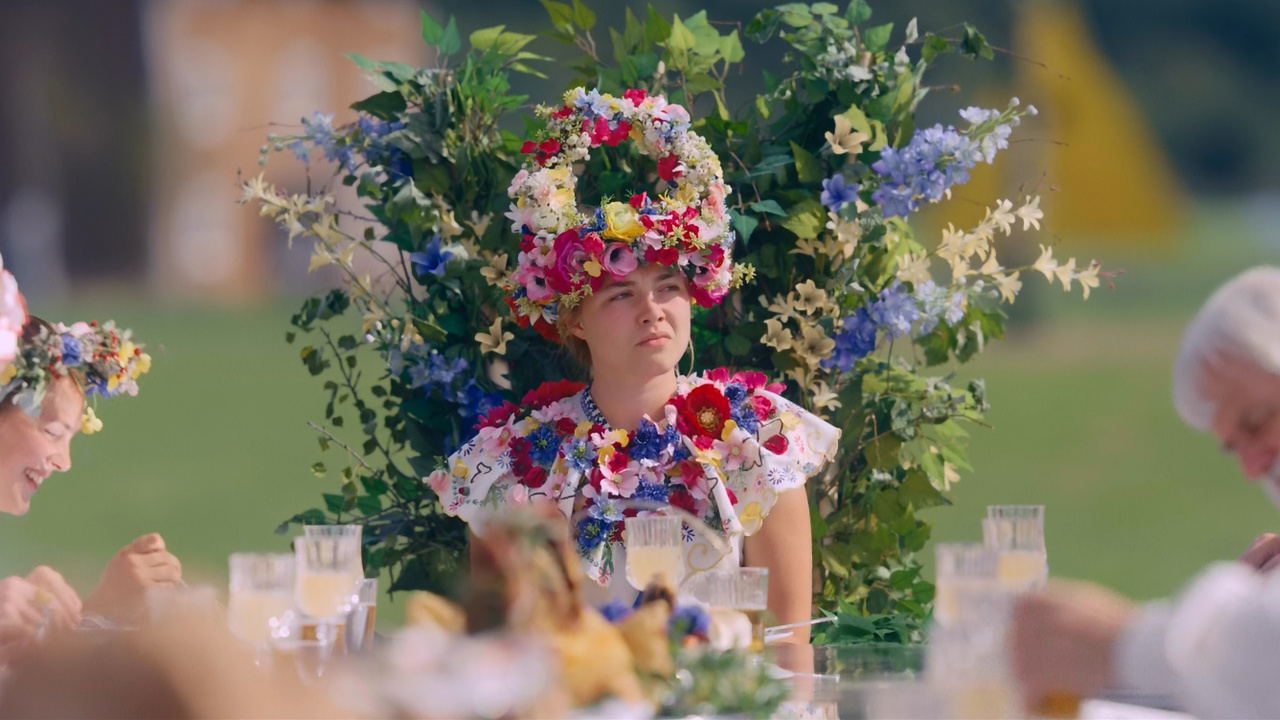 A scene from Midsommar, a recent example of the subgenre known as folk-horror.