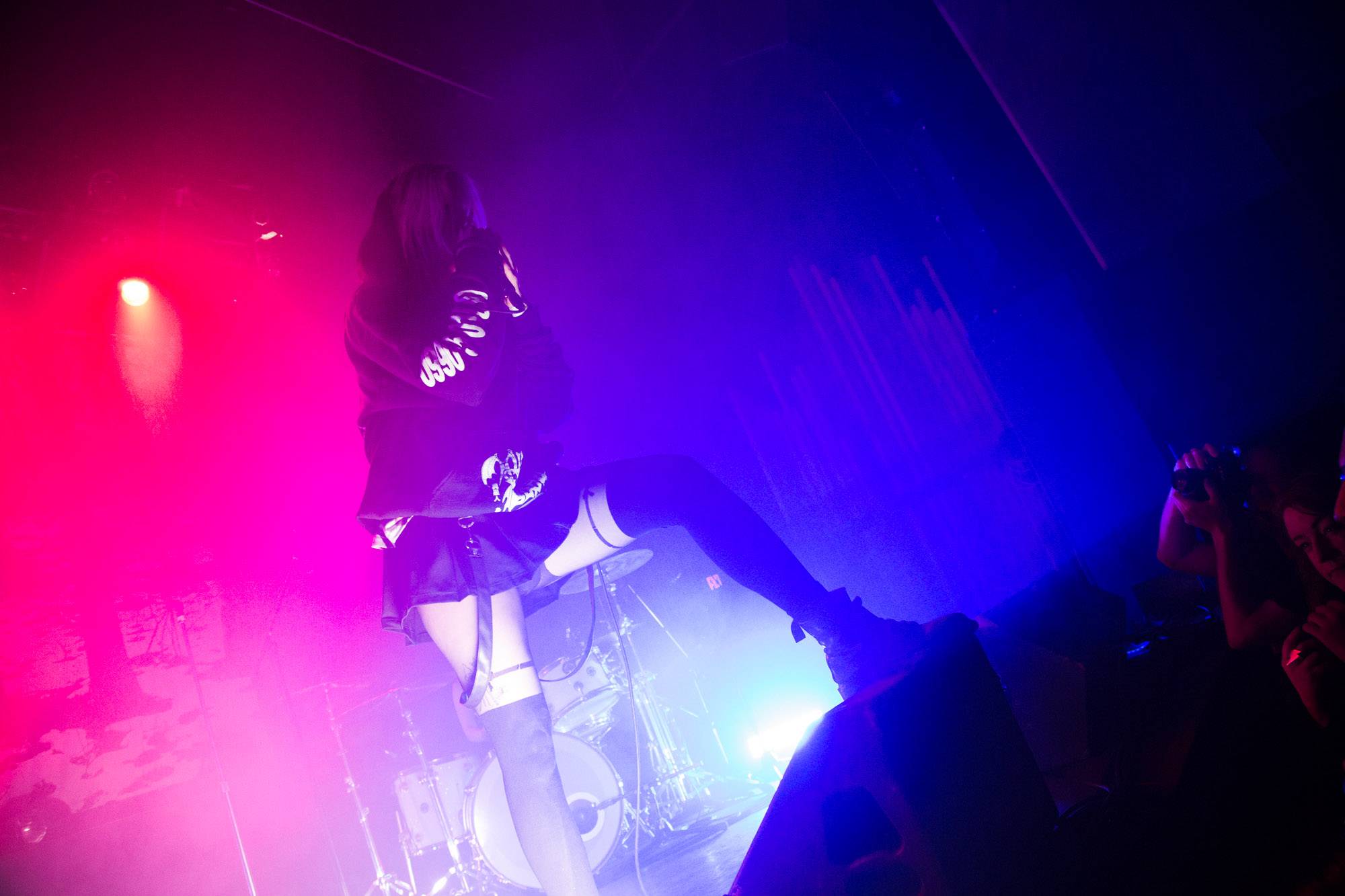 Photos – Alice Glass at the Rickshaw Theatre, Vancouver, May 2 2018

Alice Glass on her 2018 SnowBlood Tour at the Rickshaw Theatre in Vancouver. The 30-year-old Canadian is touring in support of her eponymous debut solo EP with Zola Jesus opening. Formerly, Glass was a co-founder and member of Crystal Castles before embarking on a solo career in 2014.

The 30-year-old was born and raised in Toronto. Beginning in 2008, she released three albums with Crystal Castles, a self-titled debut and II and III. She left the band due to professional and personal reasons, noting that working within the band compromised her efforts towards “sincerity, honesty, and empathy for others.” She later had a number of public disagreements with her former bandmate Ethan Kath, including accusing him of assault and sexual misconduct.

According to the site WPGM.com, the EP “is a statement of intent and a clear indication of the sound Glass is going for. Overall the EP’s sound is a colossal unleashing of emotion, there are waves of aggression and sadness. This is Glass purging her struggles whilst also demonstrating she is more than capable to survive and succeed as a solo act.”

Prior to the EP she released two singles, including “Stillbirth.” The tour is named after the 1973 Japanese revenge drama Lady Snowblood.