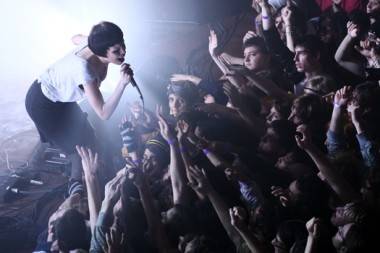 Ballsier than Joan Jett, punker than Siouxsie Sioux, and louder than Shirley Manson – Alice Glass, along with producer Ethan Kath, performed a punishing set on March 7, 2011 at the Commodore Ballroom.

Crystal Castles, who perform a mix of goth-psych rave, glitchy thrash-rock and anthems for the 8-bit Nintendo generation, assaulted the crowd with subterranean bass, ear-shattering beats/glitch, and a perfectly choreographed light show that often resulted in painful sensory-overload (as observed by the dozens of techno-seekers frantically escaping the crush of bodies). For those tough enough to withstand the onslaught, CC delivered a truly mind-blowing set of material from last year’s Crystal Castles (II) and debut release Crystal Castles (2008). 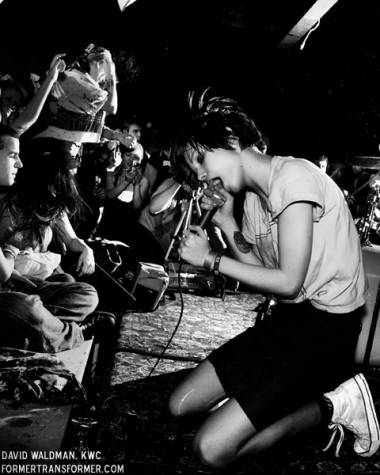 Kath apologetically opened the show with an announcement that Glass had broken her ankle. His bandmate is infamous for staging last-minute hi-jinks before, during and after performances, often appearing intoxicated, passing out on stage, physically assaulting fans or just straight-up refusing to play (which Kath seemed to be momentarily insinuating with his pre-set disclaimer).

There was a pregnant pause in the audience while gossip flew from group to group through the haze of pot smoke. Would she play? Had she in fact, hurt herself? According to Wikipedia, Glass broke her ankle on January 18 while in Tokyo, but continued the tour on crutches, ignoring her doctor’s orders. While the crowd hung in suspense, Kath gave a huge grin and confessed Glass would play anyways, prompting an explosive crowd reaction as they launched into their first song and scorched many a retina with a near-nuclear light show. 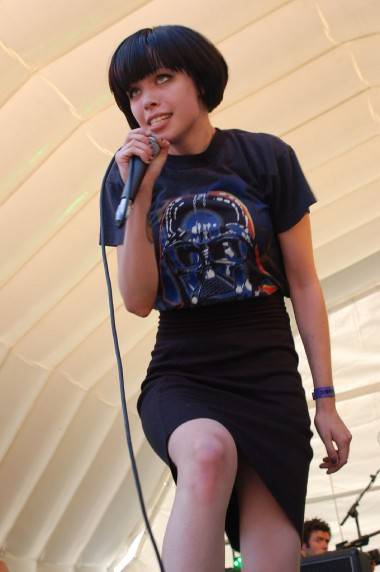 If Glass was still suffering from her injury, it didn’t stop her from taking a mid-set break to launch herself into the crowd, surfing high above adoring hands. Nor did it stop her from delivering what is one of the most amazing performances by a lead singer ever witnessed at the Commodore. This woman is a revelation to modern music. While more hot mess than Winehouse, flakier than Courtney Love and with a penchant for on-stage antics that would give Karen O a run for her money, Glass truly delivers the musical goods when it comes to giving her fans what they want – and sometimes more than they can handle.

It’s a shame the night was tainted by the loss of both the bass and drum channels for about five minutes during the climax of Crystal Castles’ encore. Many of the previously ecstatic concert-goers began heading for the exit, while the hardcore fans looked about at each other helplessly, wondering “What the hell is going on?”

Possibly the bass and drum channels were overloaded, as the sound was very low-end-heavy, often drowning out the subtleties of Glass’s vocals and Kath’s more delicate synth lines. But what was lost in subtlety was more than made up for in sheer intensity, turning this concert into a kind of perversely enjoyable endurance test: too loud/bright to withstand, but too good not to. Exactly what one should expect from Crystal Castles, when so many bands worry about alienating potential and current fans – CC just doesn’t give a fuck.

3 responses to “Crystal Castles at the Commodore Ballroom”