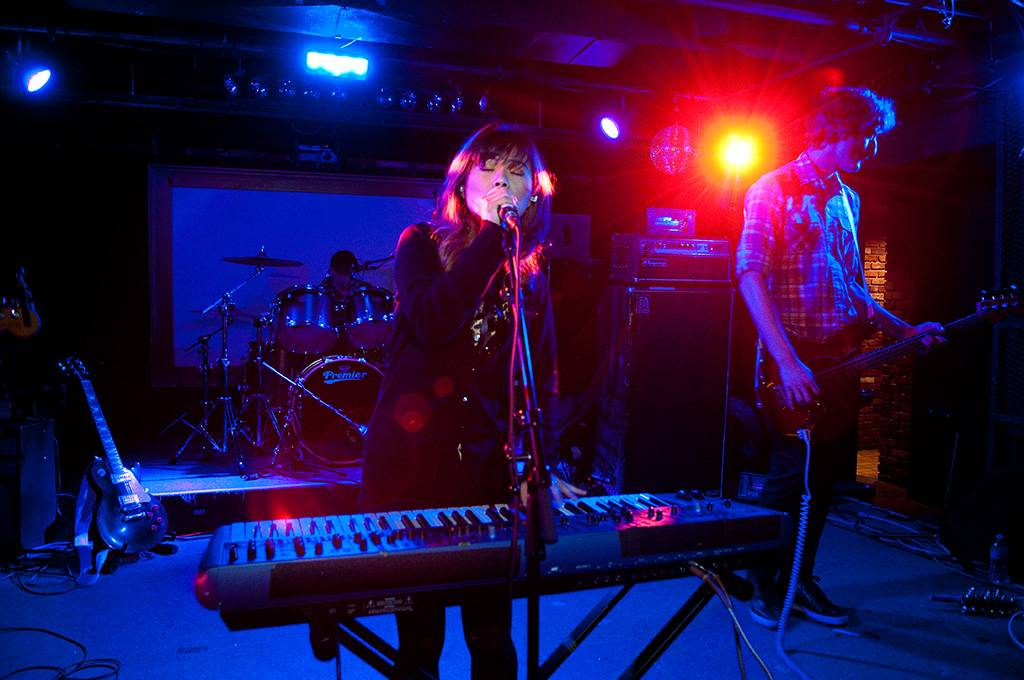 New York dream pop band Asobi Seksu played an early show Saturday night at The Biltmore Cabaret. Original members Yuki Chikudate (vocals, keyboards) and James Hanna (guitar, vocals) have been together since 2001 and have been joined over the years by a variety of drummers and bass players. The current quartet sees Billy Pavone on bass and Larry Gorman on drums.

Their Vancouver performance came fresh off the back of new album Fluorescence, which has been likened to their second album Citrus because of its punchier, slightly less shoe-gaze-y sound. Despite this, the set was still very dream-like. Distorted droning riffs stimulated the audience into a trance–like state that may have lasted all night if it had not been for the drummer’s snare head breaking.

Asobi Seksu were just two songs in when the drum gave out. Throughout the ordeal, while the manager scrambled to find a replacement and Hanna stormed off-stage in frustration, Chikudate stayed calm and collected, and sweetly asked the audience for help before inquiring if support band Kisses had a spare, which they did. 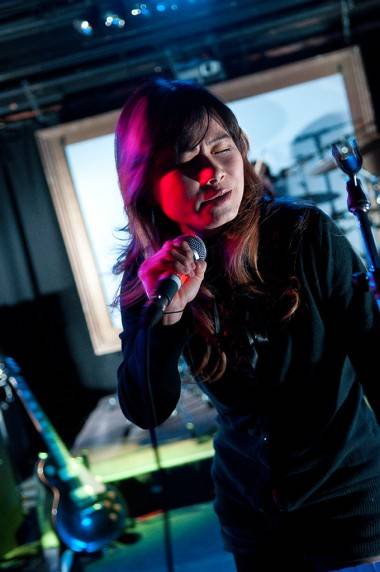 Finally, they were sorted, but they still didn’t seem to be in top form. Maybe the instrument malfunction had thrown them off, or maybe they had caught a bit of the tour-blues after too many late nights and long days on the road. Whatever the reason, the band members didn’t interact with the audience very well, there were no smiles or talking from any of the band members with the exception of Chikudate. If anything, guitarist Hanna seemed almost irritated to be there. 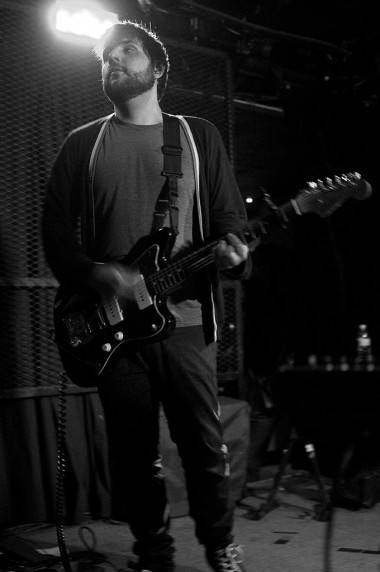 Nonetheless, their music was still undeniably effecting, a great combination of sounds with Chikudate’s voice, the driving drums and haze-y guitar/bass mix. Yuki Chikudate has a truly amazing voice. The tiny Japanese singer really reached the high notes with ease, her melodies flowing seamlessly together coating ears with musical honey. 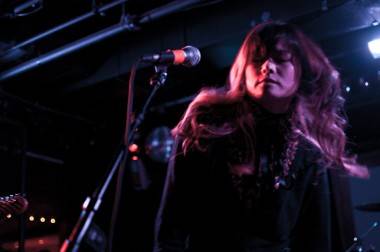 Songs “Strawberries” and the newer “In My Head” and “Sighs” showed off her great vocal range. And, as indicated by the snare-breaking incident, drummer Larry Gorman was really hitting his kit hard and fast, making sure the audience took notice. The loud sound in the venue highlighted his drumming which accompanied by strobe lights on stage made for an almost stroke inducing effect.

Unfortunately, Asobi Seksu’s set was at most 30 minutes long. Chikudate’s announcement of their last song was met with a collective groan from the audience. The Biltmore’s club night was to go on afterwards, and so the band couldn’t make up for the set’s interruptions by playing later. It was a disappointing end to a set that just never found its footing.