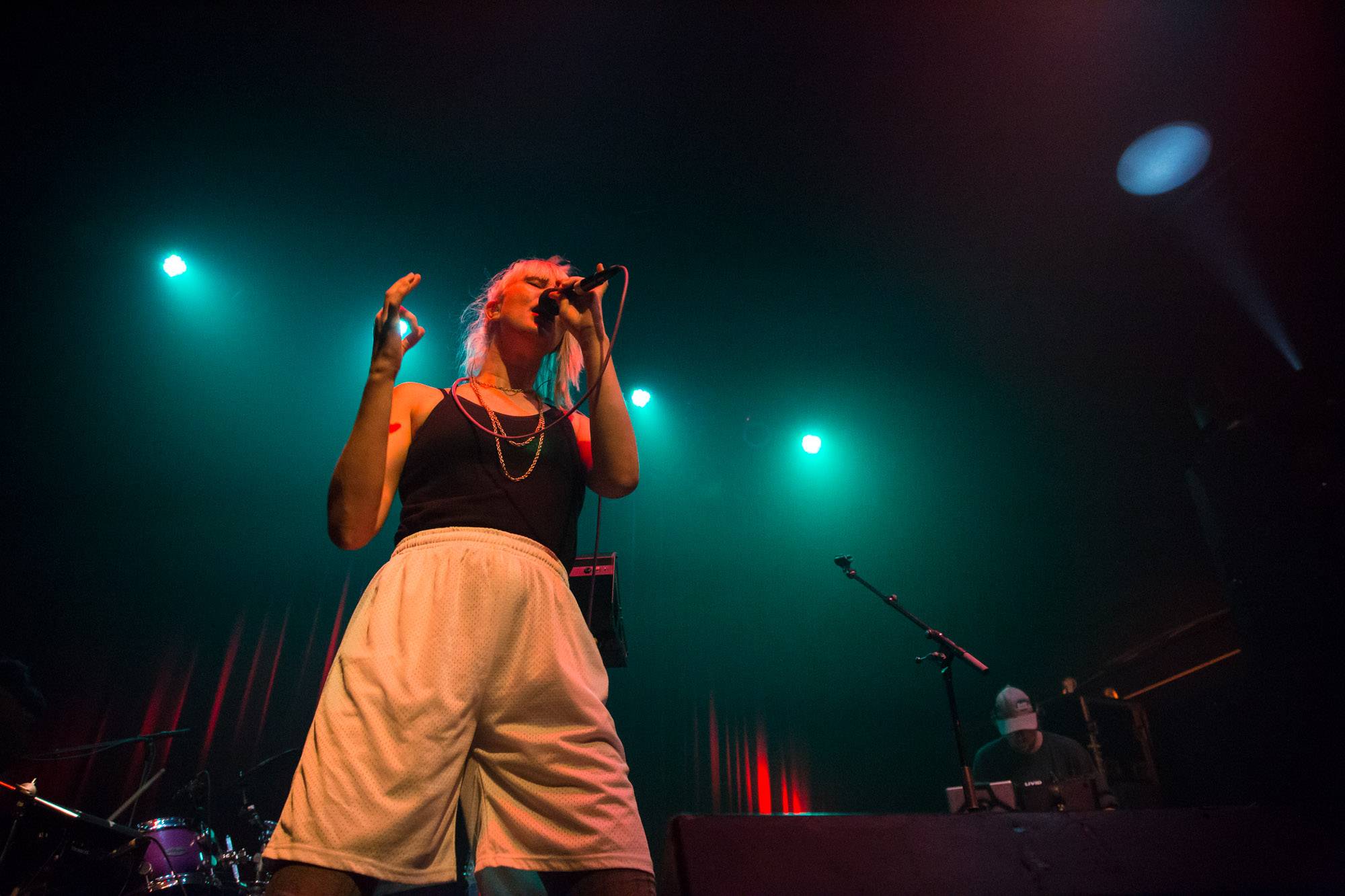 EMA at the Fox Cabaret, Vancouver, on Friday night.

EMA is the recording and touring project of Erika M. Anderson. She is co-headlining her current tour with Brooklyn’s The Blow. Vancouver’s Prado was also on the bill.

Anderson just released her third album as EMA. Exile in the Outer Ring follows The Future’s Void (2014) and her debut album, Past Life Martyred Saints. The new record includes the song “Blood and Chalk“.

Photos–EMA at the Electric Owl, Vancouver, 2014

Photos–EMA at the Waldorf, Vancouver, 2011

Prior to releasing Past Life Martyred Saints in 2011, Anderson was a member of Gowns. Gowns have been described as a “drone-folk” group.

In 2015, Anderson also recorded and released an original soundtrack to the movie #horror. The film was the directorial debut of the actress, fashion designer, and socialite Tara Subkoff.

Originally from South Dakota, Anderson now makes her home in Portland, Oregon, according to Wikipedia.