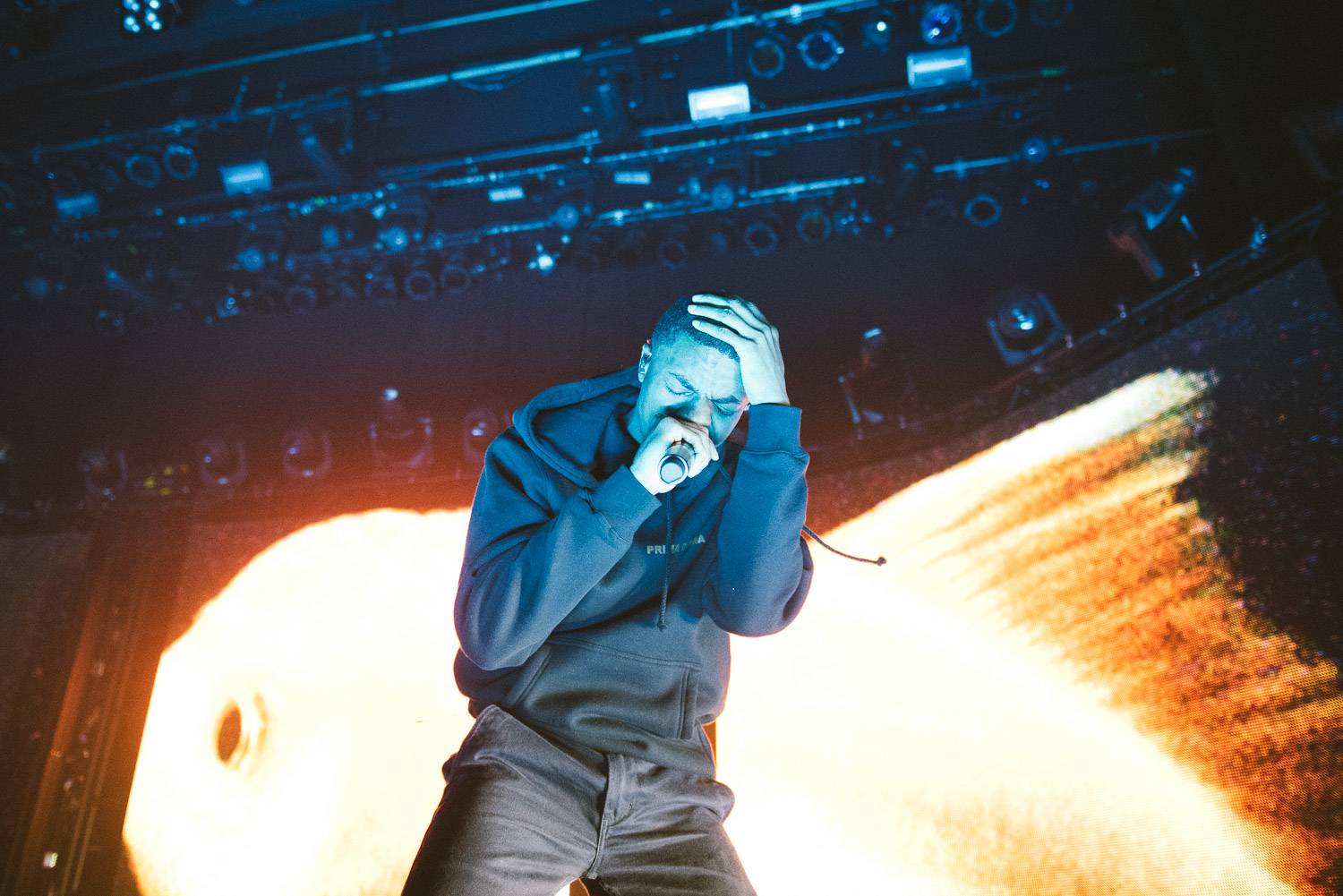 Vince Staples at the Vogue Theatre in Vancouver Tuesday night.

Originally from Long Beach, California, Staples released his debut album, Summertime ’06, in 2015. It had production from Clams Casino and No ID. His most recent release is the 2016 EP Prima Donna.

Staples is a member of the group Cutthroat Boyz. He first came to the attention of music fans in the early 2010s. Early on, Staples made promising appearances on Odd Future-related recordings. These included Earl Sweatshirt‘s “epaR,” Mike G‘s “Moracular World” and Award Tour EP, the Jet Age of Tomorrow‘s “Lunchbox,” and Domo Genesis‘ “Elimination Chamber”.

In 2011, Staples began releasing mixtapes, including Shyne Goldchain, Winter in Prague, and Stolen Youth. The latter came with a co-billing to Larry Fisherman (a Mac Miller alias) and verses from Ab-Soul, Schoolboy Q, Mac Miller (as Mac Miller), and Cutthroat Boyz partner Joey Fatts. Staples then performed as the opening act on Miller’s Space Migration tour.

Staples released a fourth Shyne Goldchain, Vol. 2, in 2014. He also contributed to Common‘s Nobody’s Smiling, including the single “Kingdom.” That year, he also released his first official EP, Hell Can Wait.