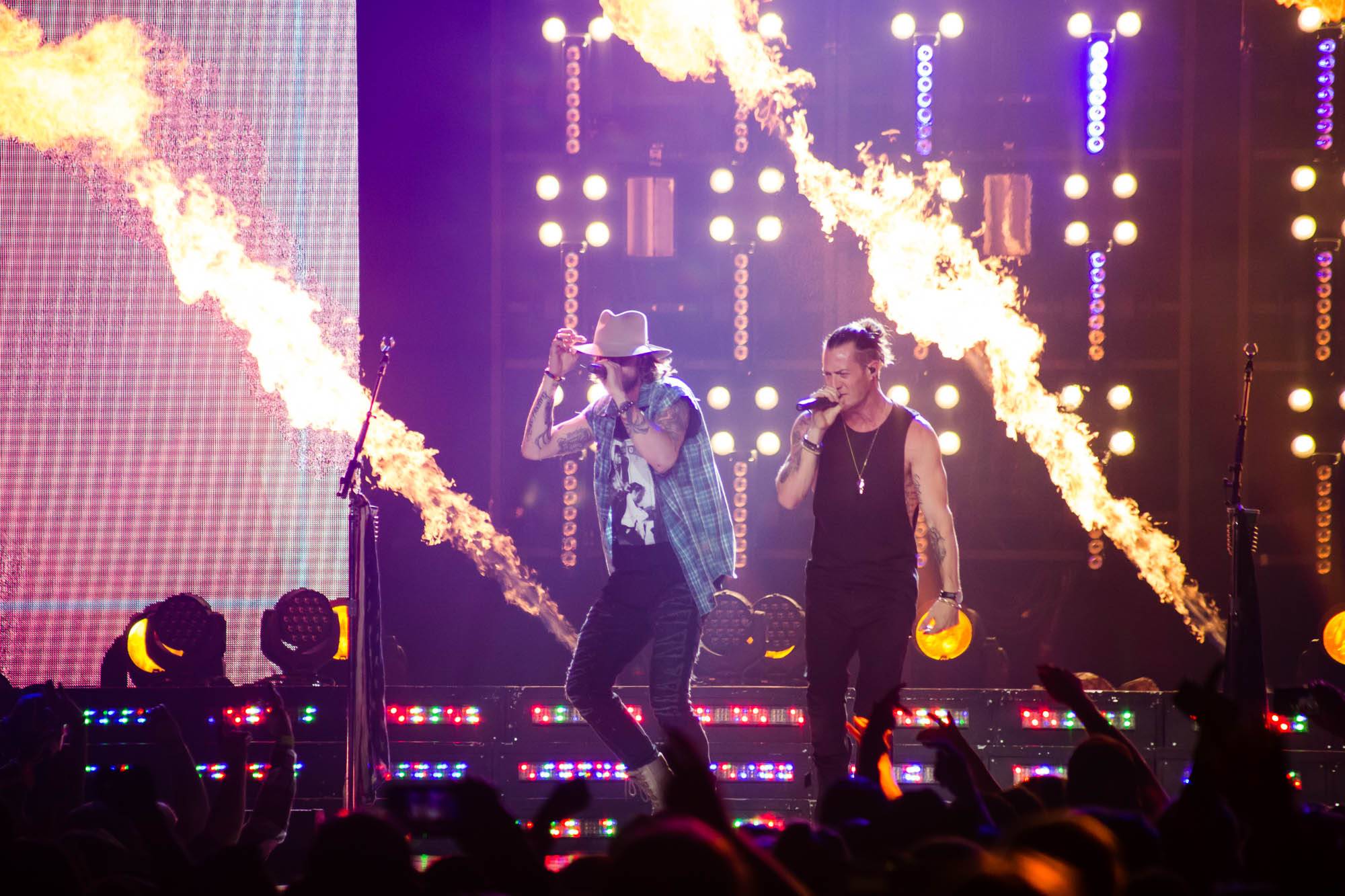 Florida Georgia Line in Vancouver Saturday night. The band is currently on its Dig Your Roots Tour. On Nov 19, the tour ends in Calgary.

The band is an American country duo. It consists of vocalists Brian Kelley (from Ormond Beach, Florida) and Tyler Hubbard (from Monroe, Georgia).

They formed the band in Tennessee in 2010. Both Kelley and Hubbard first gained interest in music through church worship services. Kelley was a star pitcher on his high school baseball team. This led to a scholarship at Florida State University. Inspired by Christian rock group Casting Crowns, he began writing music.

Hubbard was a church worship leader who formed a hip-hop group, Ingenious Circuit, in his teens. He met KelleyÂ at Belmont University in 2008 through a campus worship group. Following graduation, they decided to give themselves two years to succeed as a country duo.

In 2010, they released their first EP, Anything Like Me. They followed up with a second EP in 2012, It’z Just What We Do. The 5-song EP includes the single “Cruise” and also includes “Get Your Shine On”, “Tip It Back”, “Tell Me How You Like It”, and the title track. In 2012, they released their first studio album, Here’s to the Good Times. It was the sixth-best-selling album of 2013 (topping Drake and Katy Perry, among others).

Florida Georgia Line released their second record, Anything Goes, in 2014. In the past, their music has been classified as the epitome of “bro-country.” The lyrical focus is on girls, drinking and trucks. But, according to Rolling Stone in a three-star review of this year’s Dig Your Roots, “… their music is getting spicier; songs like the hit ‘H.O.L.Y.’ and ‘God, Your Mama, and Me’ (featuring the Backstreet Boys) tilt toward pop. And the heart of Dig Your Roots isn’t Saturday-night revelry, it’s Sunday morning; songs about loving God, your dear old dad, your wife and kids, and, on the appealingly burly title track, all of the above.”