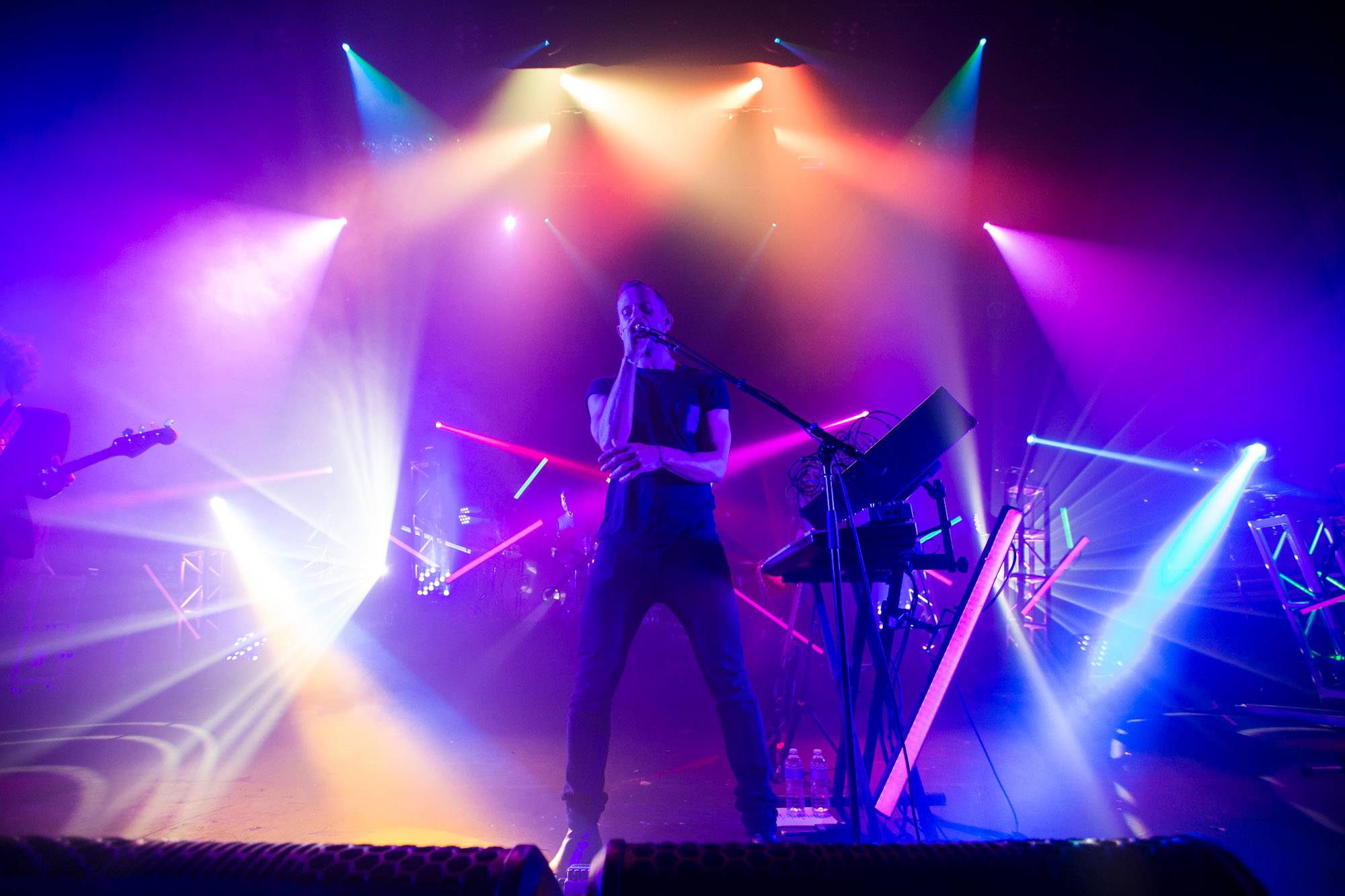 M83Â stormed through Vancouver for an epic night at the Vogue Theatre Monday night.

The musical brainchild of Anthony Gonzalez, M83 isÂ on tour in support ofÂ its seventh studio album,Â Junk.Â Released in April on Mute Records, the album continues the sonic arc of theÂ act’s previous two releases, again borrowing heavily from the sounds of the ’80s.

However, Junk laces the wide-eyed, innocent wonder for which the band is famous with a hint of cynicism. This is evident inÂ the off-the-cuff cover, the album name, and song titles like “Kirby The Dog”. Recently, Gonzalez explained his thinking behind the album to Pitchfork.com. “It’s a statement,” he told the interviewer. “This is how people listen to music nowadays: they’re just gonna pick certain songs they like – one, two if you’re lucky – and trash the rest. All else becomes junk.” 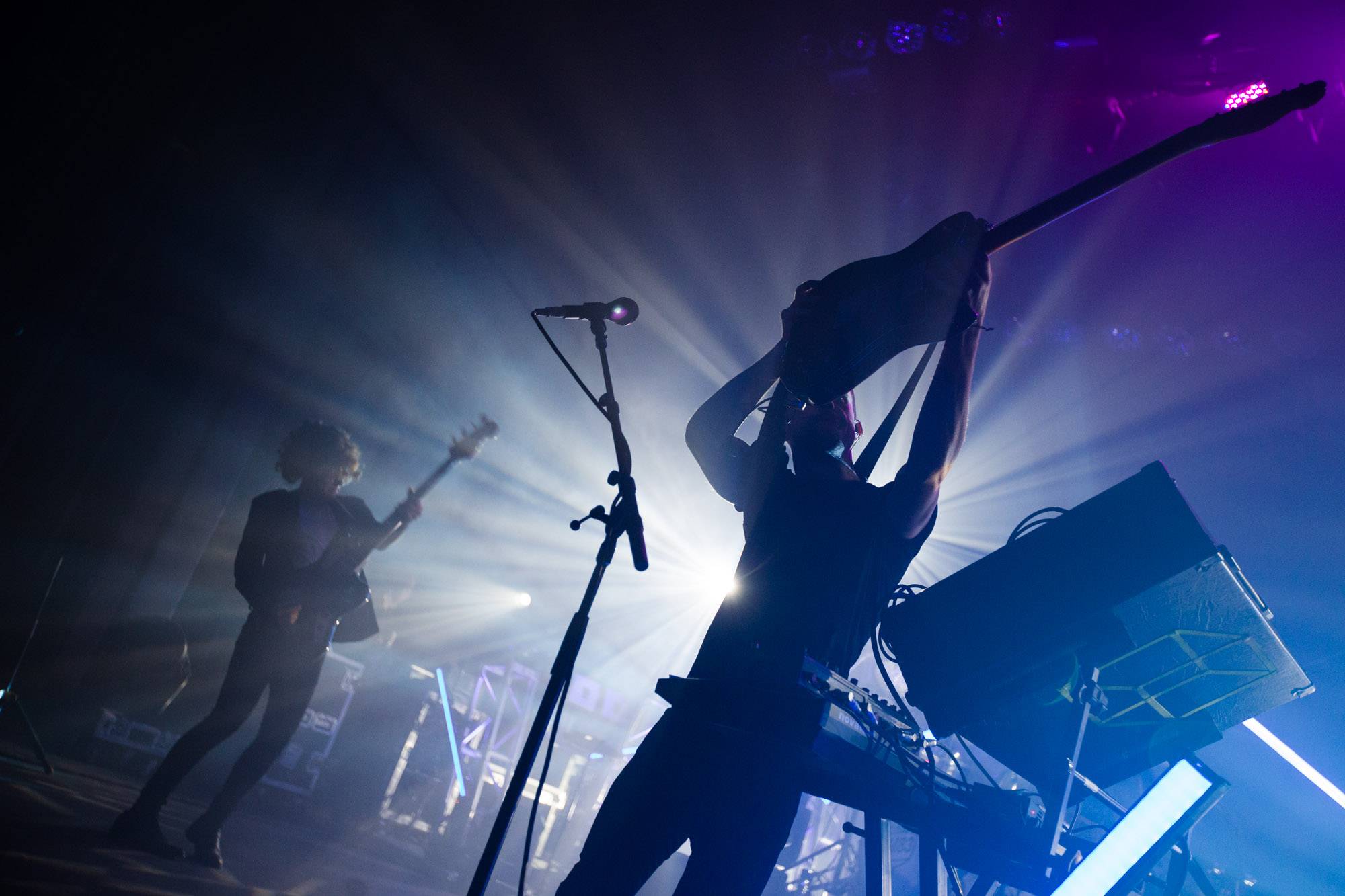 Luckily for us, none of that world-weariness was evident at the Vogue. Gonzalez’ touring band was in fine form as itÂ ripped through a set that consisted mostly of highlights from Junk and 2011’sÂ Hurry Up, We’re Dreaming. ThisÂ was a good thing. M83 is definitely the kind of band whose songs soundtrack meaningful moments in people’s lives. The at-capacity crowd welcomed upbeat stompers like “Midnight City” and “Couleurs” with abandon, and the emotive ballads (“Echoes Of Mine”) with hushed sways. 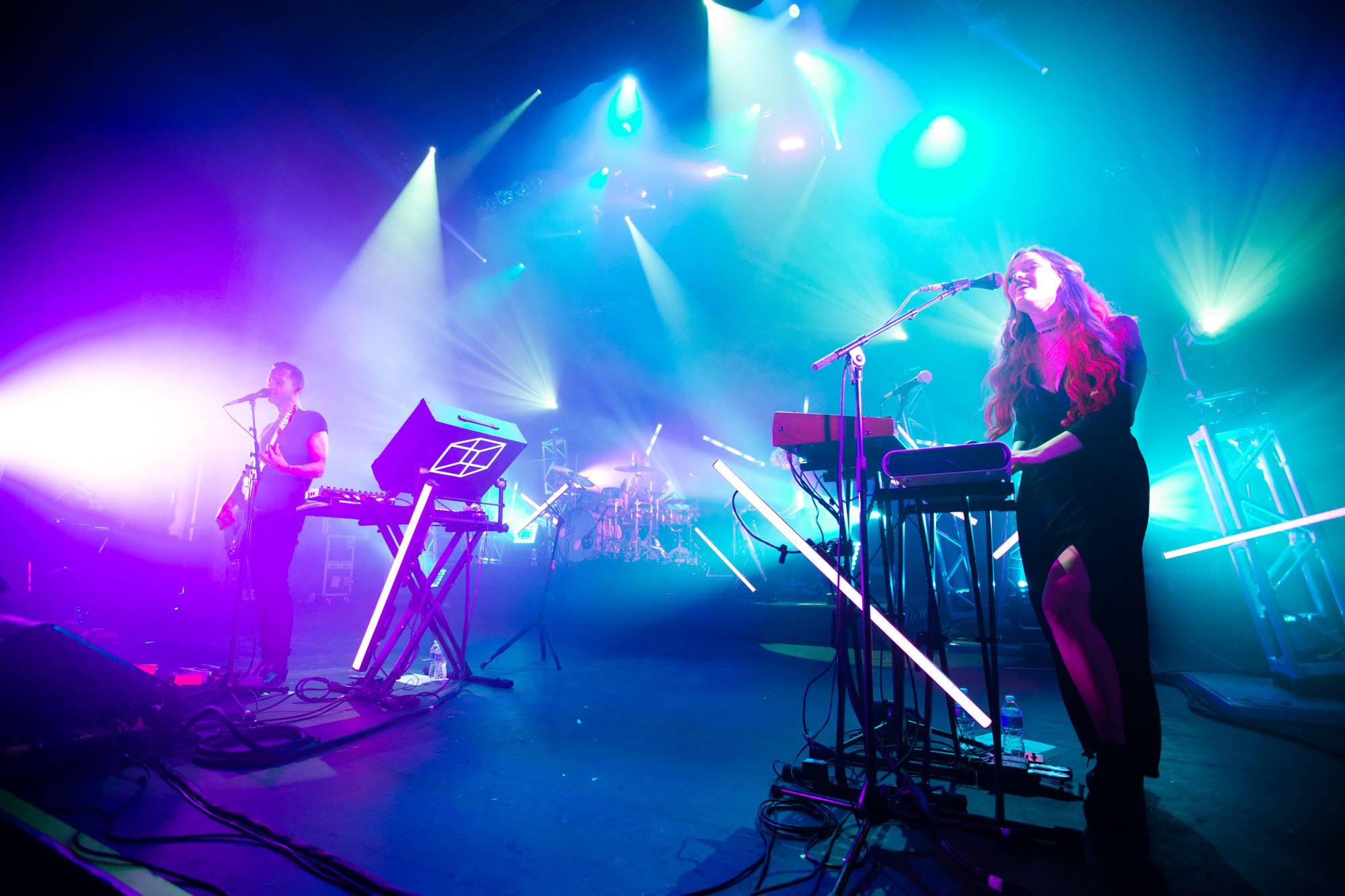 Joining Gonzalez on-stage were Mai Lan on vocals, Kaela Sinclair on vocals/keys, J. Laser on guitar/percussion/vocals, and a drummer and keyboard/sax player whose names I wasn’t able to find (sorry guys!). Each player had time to shine, with Gonzalez ceding the microphone to Lan, Sinclair and Laser on a number of tunes.

Laser in particular was a ball of energy, running all over the stage with his guitar and hitting the percussion like his life depended on it. His scorching guitar solo during “Go!” would have made Steve Vai proud (Vai played the solo on record). Of course no M83 show would be complete without an epic sax solo, and we were treated to not one, but two, with the second delivered in a leopard-print, full-length robe for maximum awesomeness. 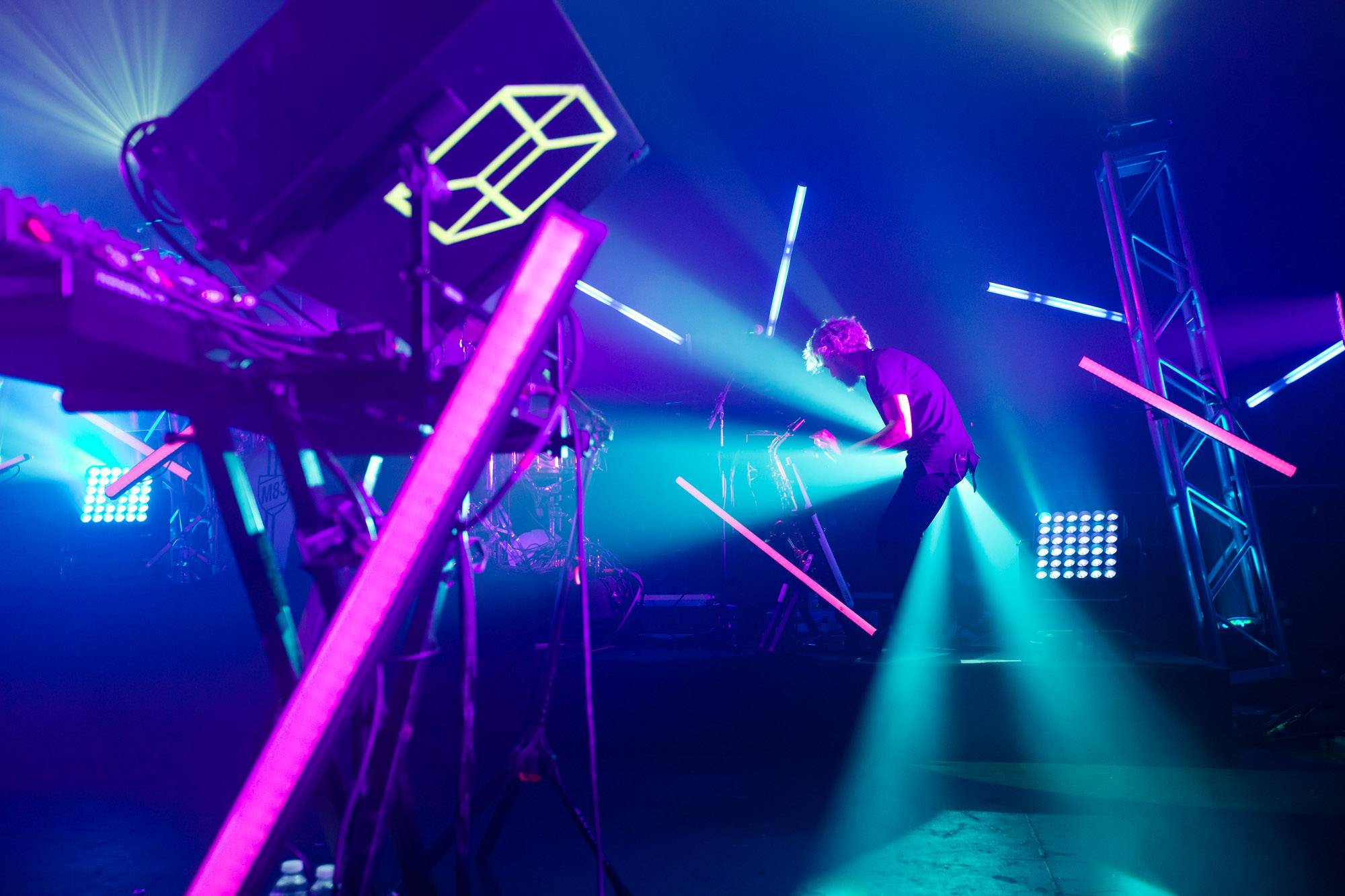 Opening for M83 were Tennyson, a brother/sister duo from Edmonton, who make rhythmically complex electronica with heavy jazz leanings. Their accomplished set had me captivated, and regretting not showing up sooner to catch more of them. Tennyson have most of their music available for free on their Bandcamp page, so head on over to treat your ear holes.