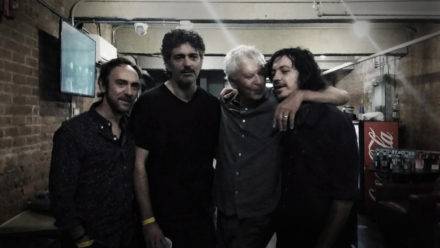 ESP Ohio is the latest in a long line of recording projects from Robert Pollard. This one finds the Guided by Voices frontman reunited with guitarist Doug Gillard – but not as “Lifeguards” (one of their former incarnations). Perhaps it’s under a new name becauseÂ Pollard is describing it as a band effort: according to a press release, he wrote the lyrics and melodies and sent them off to Gillard, bassist Mark Shue (Guided By Voices, Beech Creeps) and drummer Travis Harrison (Lifeguards producer).

So how’s the record? GBV fans will be curious, especially those (like myself) who were disappointed with the “official” Guided by Voices release earlier this year, Please Be Honest, which featured Pollard playing everything. (A record which, it could be said, mightÂ be interpreted as a bit of a slap in the face of fans who’ve come to expect a certain amount of quality control, not to mention a band effort, from aÂ released stamped by the Guided by Voices name.)

I should point out a few things – first, that I’veÂ followed GBV, Pollard and Pollard-related projectsÂ throughÂ thick and thin since the mid-nineties; and that this review is based on first and immediate track-by-track impressions. The only song I’d heard previously is the first single, “Lithuanian Bombshells”,Â which I’d listened to once. A minimal amount of editing has gone into the finished product, mostly to fix grammar and spelling, and to help the reviewer avoid too much potential embarrassment due toÂ mixed metaphors etc.

It also behooves me toÂ mention, for those who love seeing Guided by Voices live, that the band has a few more dates this year, mostly on or near the East Coast. 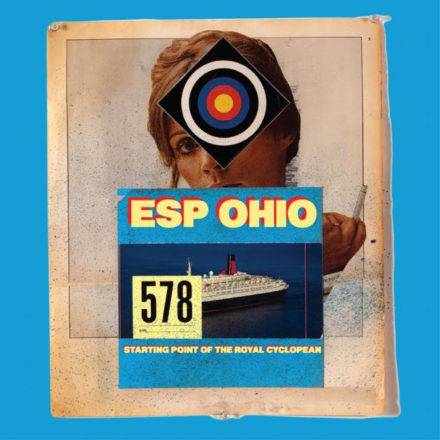 “A Much Needed Shot in the Arm” -Â Strumming. Nice chorus. Uplifting. Great opener with one of those majestic builds PollardÂ does so well. Why not just go back to the name Lifeguards or whatever he called the other Gillard project?Â Buzzsaw guitar sounds nice. Second time for the chorus, I’m expecting it – sounds glorious. Still working for me. Topflight Pollard, or quasi-topflight? Time will tell if it takes its place against the top-shelf GBV, but I will say it’s one of the great Pollard album-openers. And that’s saying a lot.

“Bird Man of Cloth” – More weirdness, but soon hitting pop notes. It sounds like Pollard’s trying on this one – not the impression I got from his most recent full-length effort, the 2016 Guided by Voices album that I only listened to once (Please Be Honest, on which he played everything). Although, I think I enjoyed one or two of theÂ songsÂ when I saw GBV inÂ Seattle at the end of August. This one also hits some prog notes midway through. It’s one of those multiple-part GBV songs, which is cool. Seems most tracks are around the three-minute mark, also unusual. (Actually, a later check reveals the shortest, “Flowers and Magazines”, is 1:27, and the longest, “Grand Beach Finale”, 4:52.)

Okay, this one doesn’t get off to a great start; “You ruin me/when you’re chewin’ me/Out.” Is he making this stuff up in the studio? Sounds like Gillard brought in a riff and Pollard started improvising (not the case, according to the press release; Pollard wrote the songs then sent them off to the band). Sometimes that works with him, though. Okay, this chorus is hitting my sweet spot: “Intercoast Fashion World”? Is that the title? It is! My first score, almost – it’s actually “Intercourse Fashion”. Which sounds like it could be a Jonathan Lethem bookÂ title or something.

“Hello B-Side” – That should be the title of this one. But okay, they can’t all be pop hits, and I don’t want them to be; I like that songs just are weird for weird’s sake. This has “earthman” in the lyrics and I immediately think maybe it’s a Bowie tribute (I think GBV has coveredÂ “Five Years”), but maybe that’s only because the Flight of the Conchords’ “Bowie’s in Space” came up on a Sub Pop compilation I was playing in the car the other day. Okay, this must be “Do the Earthman”… nope, it’s “You the Earthman.” Actually, sounds like another grower, with a hook or two lurking underneath.

The next one starts with… horns? Wow. And it’s got already a great line about the “royal cyclopean.” Has to be the song title… “Beautiful cigarette/Throw down in anger/And run to the hills”. Loving this horn riff. This is terrific. I think fans are going to pleased with this record. This is the record Guided by Voices should have toured for. But in GBV-land, why not just tour for the solo Bob record (the previous GBV album, but same-same) that no one likes? Okay, that’s not fair – maybe I need to give Please Be HonestÂ another shake. Or smoke a bowl first. This is the title track,Â “Starting Point of the Royal Cyclopean” (note: I listened to this record without being aware of the album title, hence my confusion on this score).

“Girls’ House” – Whereas this one makes me think of British pub-rock, though that can’t be right. A little acoustic guitar flourish is a nice addition. And now the track’s gone into a bridge that would be hooky if it wasn’t for Pollard deeply intoning, “In a girls’ house.” Deeply weird ending to boot. A real curiosity, the fact that he can surprise 1000+ songs (80% of which I’ve heard, I think) into his catalogue continues to aweÂ me.

A grinder, this next one. Weird hard-rock a la “Postal Blowfish” or something. Some good drumming towards the end… “The Ticket Who Rallied.” There’s a lot going on, just when I think I have a bead on it, the songÂ goes off in a new, unexpected direction. Pollard is definitely playing three moves ahead on this one.

Power-chord opening. Kind of a Foreigner hook! Or Queen. I like it… it would sound good driving around Winnipeg, on the FM rock station between Queen City Kids and Streetheart*. And it’s called “Grand Beach Finale”! (Grand Beach is a beach outside of Winnipeg.) “He’s like a saint I know/Speak in a complete sentence.” No reason for that, just time to quote a lyric. But this one’s pretty catchy too. I wonder if it’s the last track? I hope not. It’s great, but I want another. The sign of a great album! Alas, it is the last song (just looked). Well, a helluva way to go out. I’d have to sayÂ Starting Point of the Royal CyclopeanÂ is a solid effort that I would rate as an 8 on the Pollard scale (where “10” isÂ Bee Thousand/Isolation Drills/Under the Bushes, Under the Stars, and a “1” being “Pimple Zoo”).

*Author’s note: this reviewÂ was written shortly after I returned from a trip back to my hometown. Due to the myopic effects of nostalgia, I actually now enjoy – to a point – hearing Prairie bands that, in my youth, I hated.