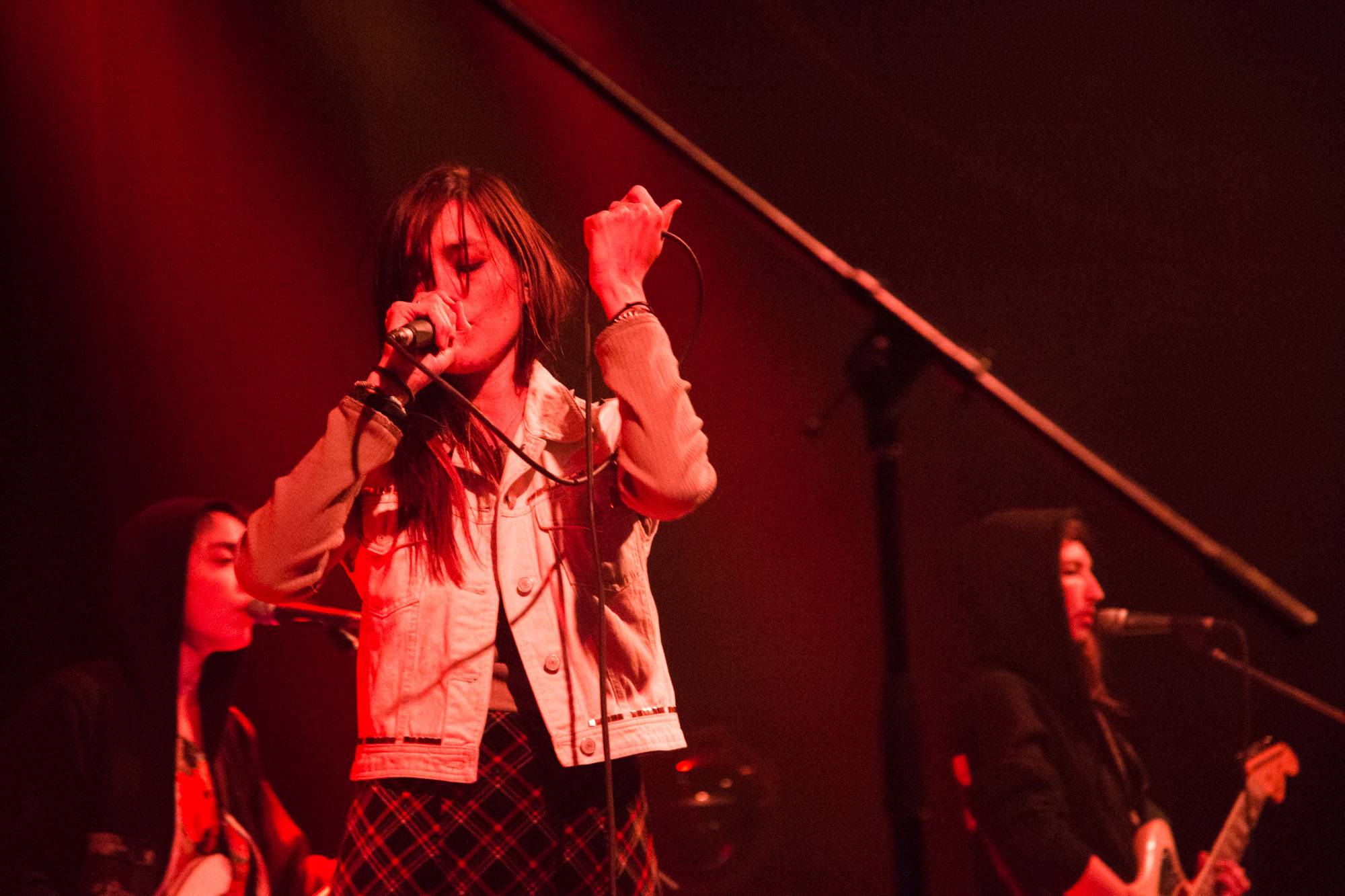 Review and photos -Â Warpaint at the Imperial, Vancouver, Sept 20 2016

Warpaint has been making their unique brand of spacious, psych-tinged rock since 2004. Comprised of Emily Kokal (vocals/guitar), Theresa Wayman (vocals/guitar), Stella Mozgawa (drums) and Jenny Lee Lindberg (bass/vocals), the Los Angeles-based bandÂ has amassed a dedicated following with their signature prog-rock time changes with haunting melodies and harmonies. Their second,Â self-titled album was released in 2014 to critical acclaim, and was produced by FloodÂ and mixed by Nigel Godrich. On Tuesday night, the quartet played theÂ Imperial in VancouverÂ in advance of their third studio album Heads Up.

The first half of the set was made up entirely of new material, which was a ballsy move considering their new album doesn’t drop until Friday (Sept 23). Early on, when Wayman announced thatÂ “We wanted to do new songs,” the rest of the band corrected her with,Â “We have to do new songs.” It must beÂ daunting to play unknown tracksÂ back-to-back like that, but theÂ excited crowd packing the venue wasn’t afraid to express itsÂ love for the band. There were several raucous cries of “We love youuuuu!” and supportive cheers whenever Kokal announced they were playing a song from Heads Up. There was a fair bit of banter between the band members too, with Kokal admitting after one of these new songs that she “didn’t want to play that song” to mad grins from the others. 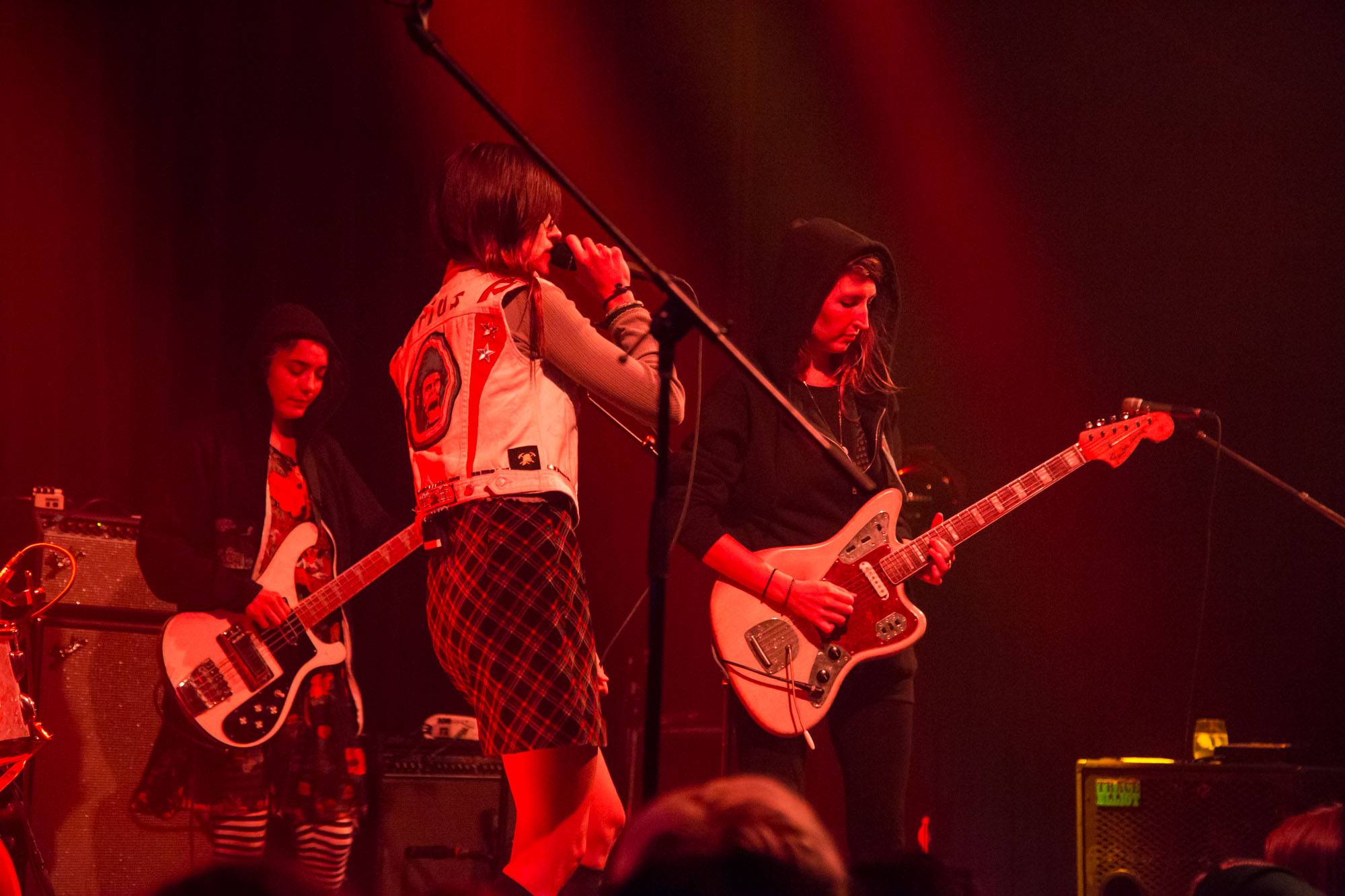 Their new tracks continue the gorgeous atmospheric mood set by 2014’s Warpaint, although the playing did feel somewhat tentative in parts. The vocals were also somewhat buried in the mix, which also added to the feeling of slight hesitancy. Still, it was great to hear their new offerings.

After five or so songs the band delved into older material. Mozgawa’s drums and Lindberg’s bass sounded much richer in a live setting, lending a huge bottom end to album highlights “Biggy” and “Love Is To Die”. Kokal and Wayman shared guitar duty, layering delicate and complex figures on top that would make Jonny Greenwood proud. Their set closed out with a fierce version of “Disco/Very” and the lead single from Heads Up, “New Song”.

Opening for Warpaint were GoldensunsÂ and Facial, both out of L.A.