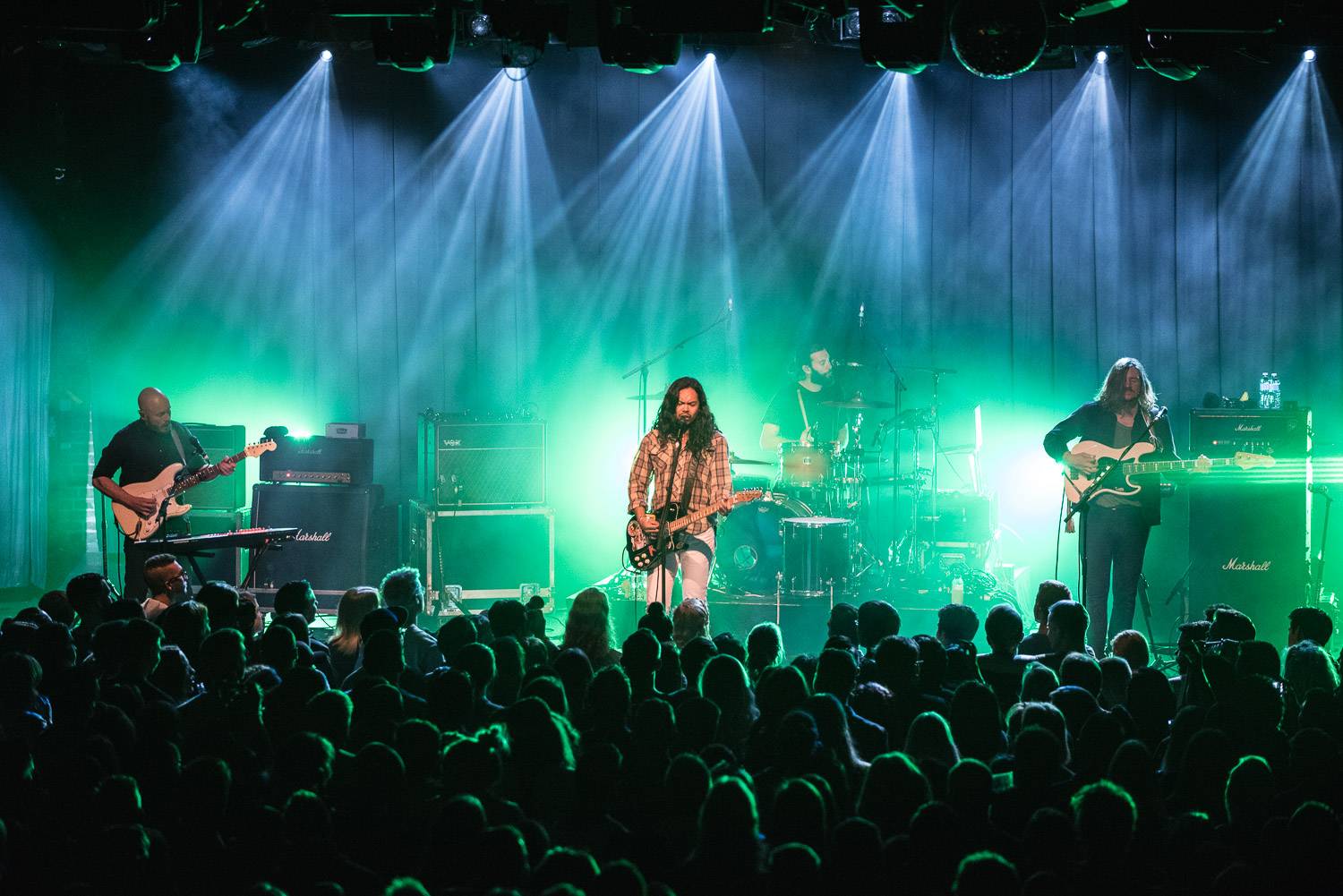 The Temper Trap on tour in Vancouver for their third studio album, Thick As Thieves. The album’s release was preceded by the lead single “Fall Together”.

According to a media release, “Thick As Thieves marks the first time The Temper Trap has collaborated with outside songwriters in their history, with striking results. Justin Parker (Lana Del Rey, Sia, Bat For Lashes) worked on ‘Fall Together’, whilst the album also features collaborations with Ben Allen (Animal Collective, Deerhunter), Malay, co-writer andÂ producer of Frank Ocean’s Channel Orange and Pascal Gabriel (Ladyhawke, Goldfrapp). Working with these exceptional producers and co-writers allowed The Temper Trap to explore a new musical ground while remaining true to their inimitable signature sound.”

The band’s self-titled second album, The Temper Trap, spawned the hits “Trembling Hands” and “Need Your Love”. They ended up opening for Coldplay, Africa Express and The Rolling Stones. They were also nominated and won a number of prestigious ARIA Awards in Australia, as well as receiving a nomination for best international group at the BRIT Awards.