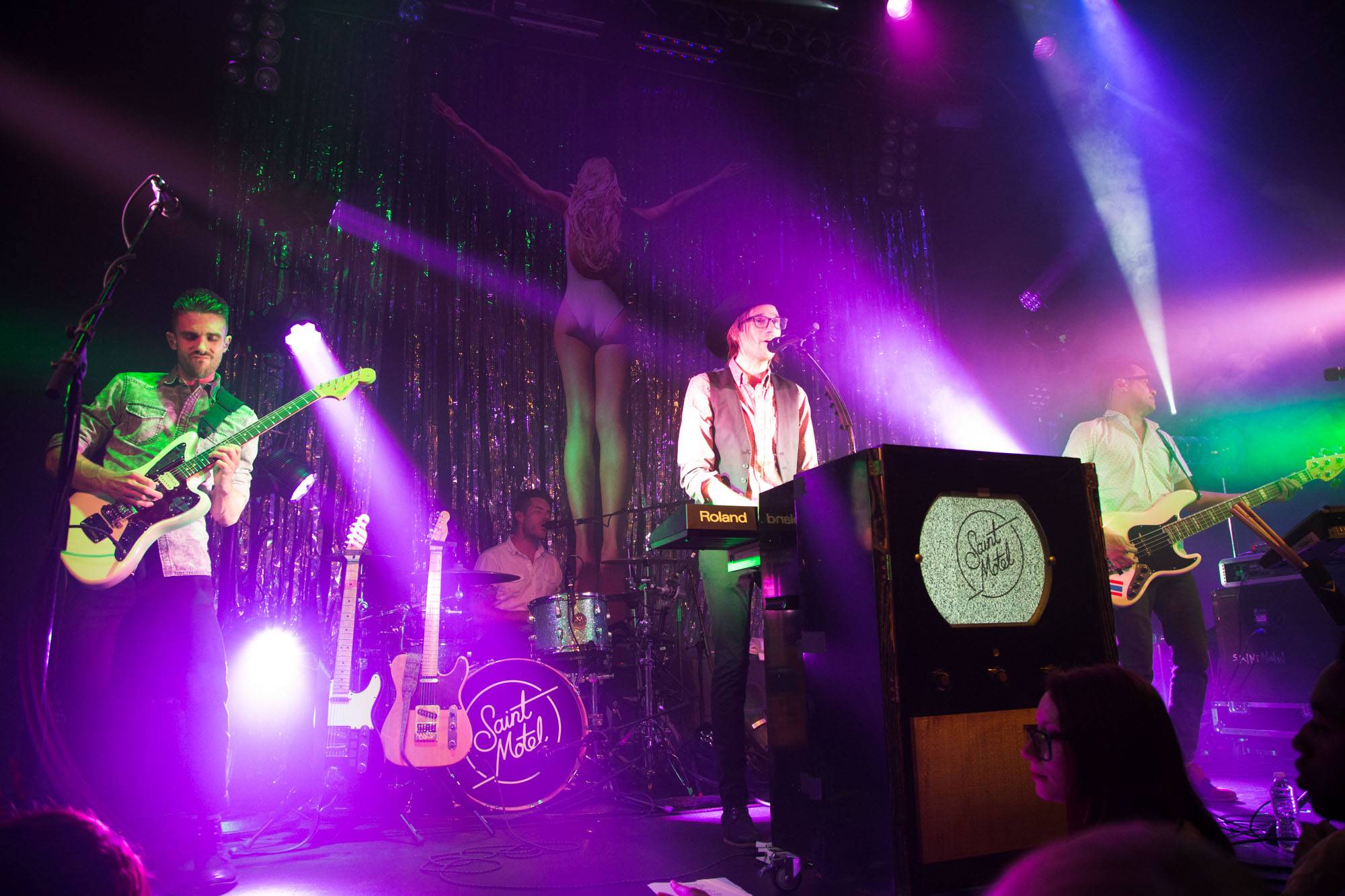 Saint Motel at Venue, Vancouver. The L.A.-based pop band is on tour for its secondÂ album, Saint Motelevision, scheduled for release Oct. 21. Notably, the album’s first single, “Move”, has an accompanying 360-degree video.