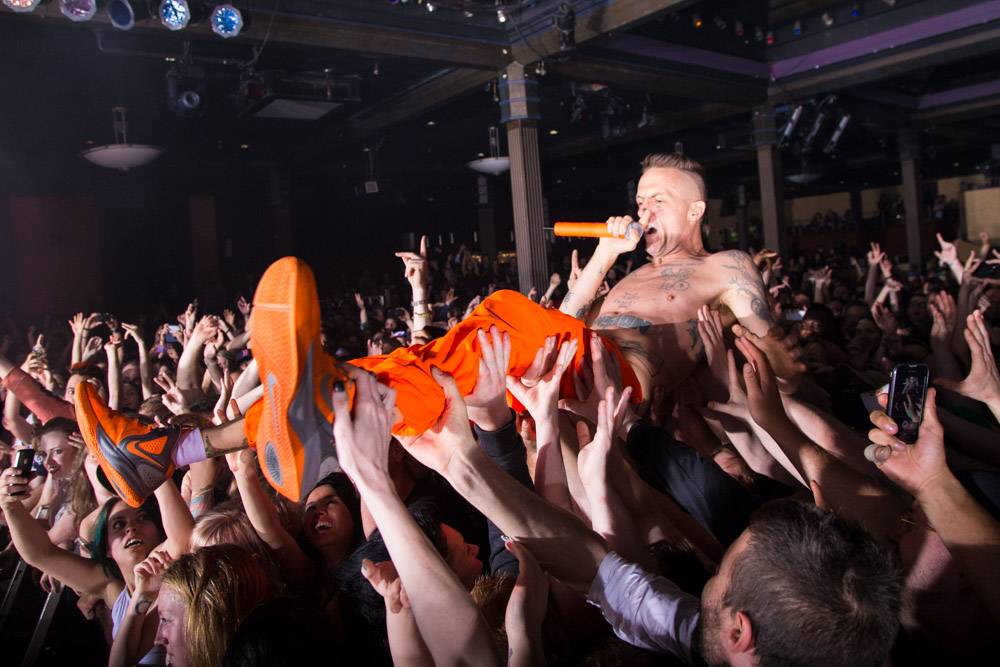 Those crazy South African provocateurs in Die Antwoord have released their first mixtape.

Titled (what else) Suck On This, the 13-track recording dropped today, in anticipation of the forthcoming album We Have Candy. Tracks include such sure-to-be Antwoord classics as “Bum Bum” and “Gucci Coochie.” To no one’s surprise, they’re both about sex.

For the new record and the mixtape,Â Die Antwoord’sÂ Ninja and his “home girl” Â¥O-LANDI VI$$ERÂ have been working with two cats who call themselves “The Black Goat” and “God” in Los Angeles. Suck On This includes new tracks as well as remixes of older material.

According to a press release, “DIE ANTWOORD has never allowed anyone to remix any of our songs, ever!

“So, we quickly popped out some fresh NEW tracks for our mixtape, and we also thought it would be really special to ask THE BLACK GOAT and GOD to remix some of our old shit.

“We thought it would be a fun discipline to remix our most popular shit and make the remixes better than the originals, which was a seemingly impossible task, but you know how we roll.”

Listen – Die Antwoord, Suck On This”: