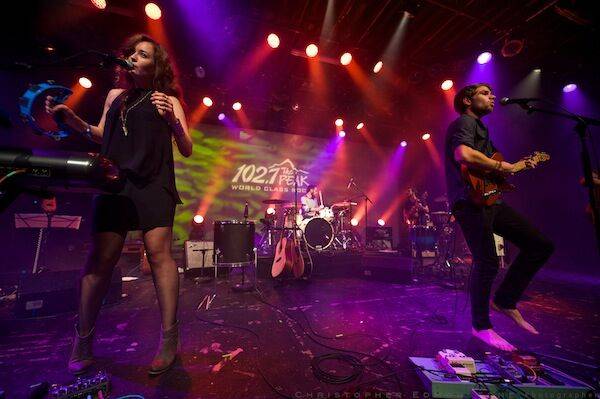 The Tourist Company is releasing its new EP, Mercury, today.

The Vancouver band recorded the EP in over the last 12 months. The first recording sessions in the spring were with long-time friend of the band and engineer Daniel Klenner (Hey Ocean) at The Space Studios. Jordan Klassen returned as producer, and the band completed a wide variety of tracks. Mixing was handled by Colin Stewart (Yukon Blonde, Hannah Georgas) and for the time being, the band thought they were done recording. However time off in the winter found lead singer Taylor Swindells writing a batch of new material, and early in the year the band went back into the studio, this time working with Ryan Worsley (Dear Rouge) at Echoplant Studios.

The group begins a Canadian tour May 5 in Toronto, and plays a hometown show May 26 at the Biltmore Cabaret.

The Tourist Company formed in 2013. Band members include Swindells (vocals/guitar), Jillian Levey (vocals/keys), JosuÃ© Quezada (bass) and
Brenon Parry (drums). You can see our profile of Parry and his cat buddies in our Bands with Cats feature, Brenon Parry and his street cats.