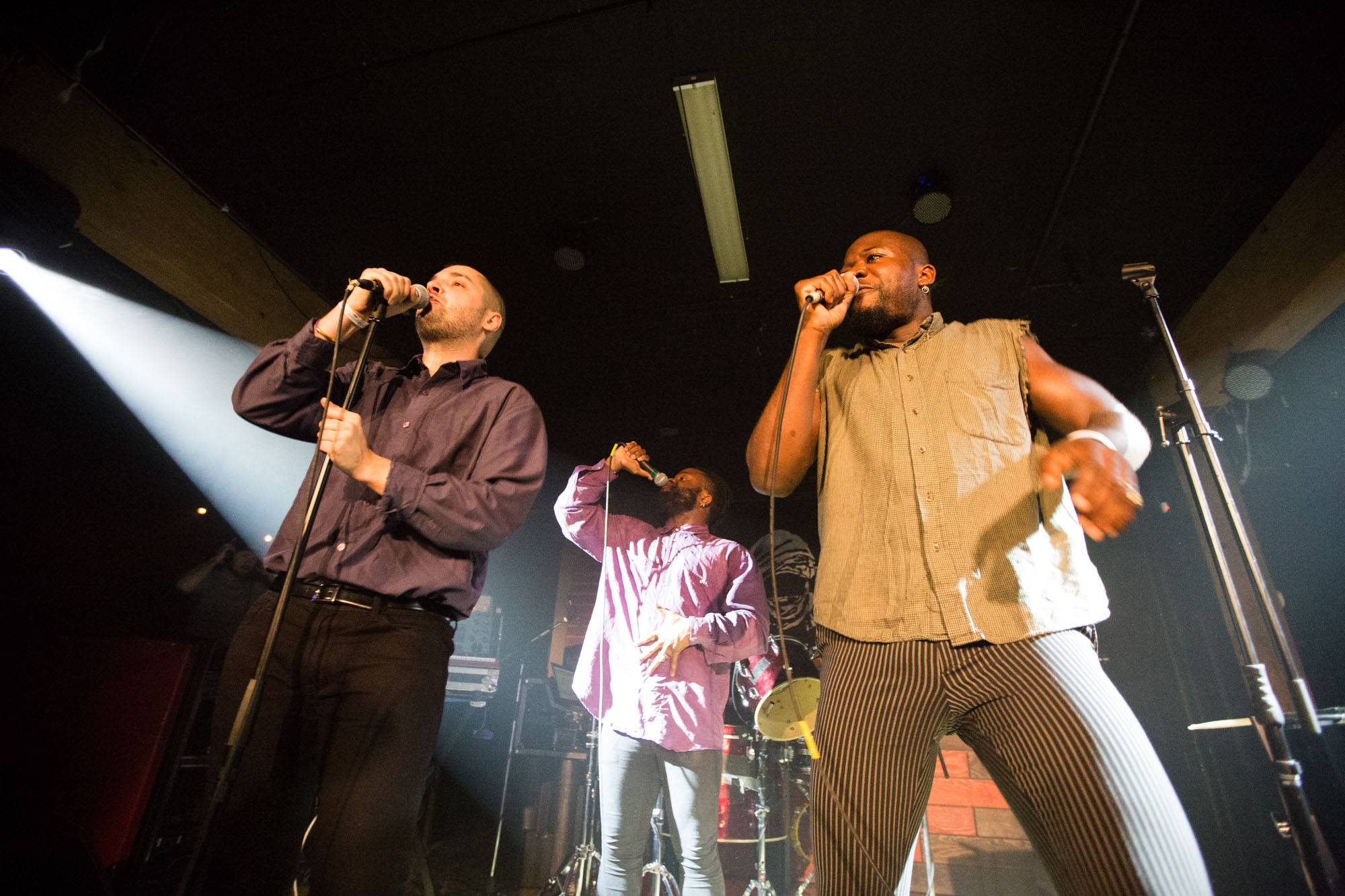 Young Fathers in Vancouver on their headlining North American tour. The tour kicked off March 17 in Portland.

The Mercury Prize-winning Scottish trio is touring in support of their 2015 album White Men Are Black Men Too. The North American tour follows their European tour supporting Massive Attack. The two groups also collaborated on the song “Voodoo In My Blood.”

The band played the same venue last year around this time. Read our review and see pics here.