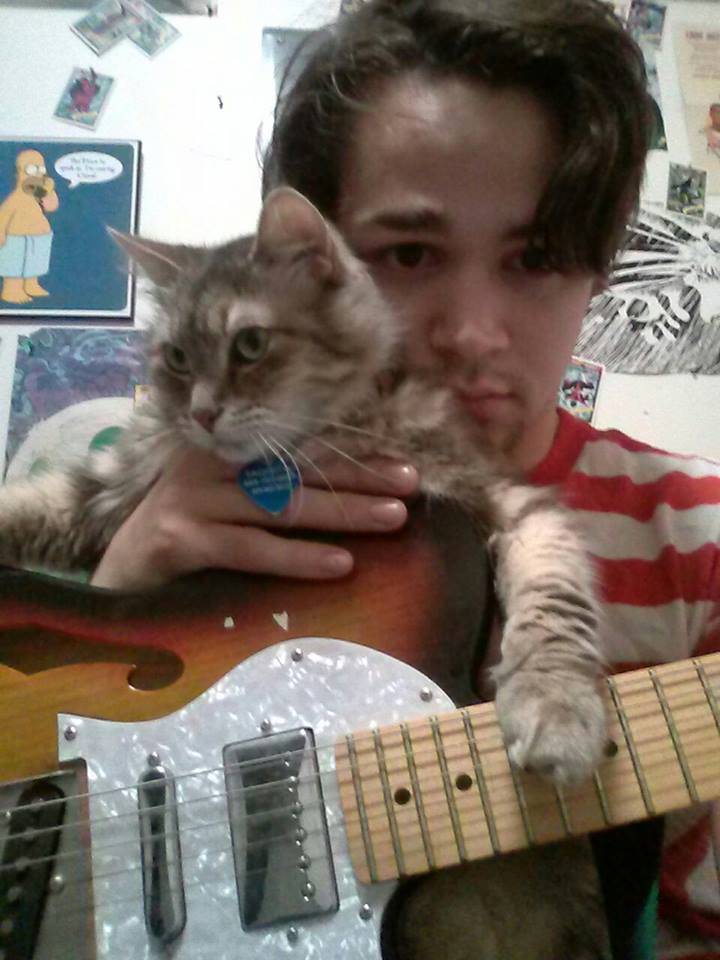 Bands with cats – David Madge from Doppelganger with Taquito

Your band(s) and role(s): I play guitar and yelp and holler in Doppelganger.

She came from a home with a lot of cats and they’d apparently pick on her. I arranged to pick her up from my friend Amanda at the Zoo Shop and she settled in purrfectly (haw).

Who feeds Taquito? What does she usually eat?

I feed her twice a day. Nothing too fancy, it’s like dried cereal shaped like x’s and o’s. Sometimes a can of tuna juice.

What do you think Taquito’s theme song is?

“How Soon Is Meow” by The Smiths:

What is the most impressive thing that Taquito has murdered?

She ripped apart and destroyed a cat scratching post within the first five minutes of using it. It was kinda cheap though.

If Taquito sees a GIANT spider, what is the course of action?

She holds it down with her paw. Doesn’t really do much. Usually makes me deal with it. 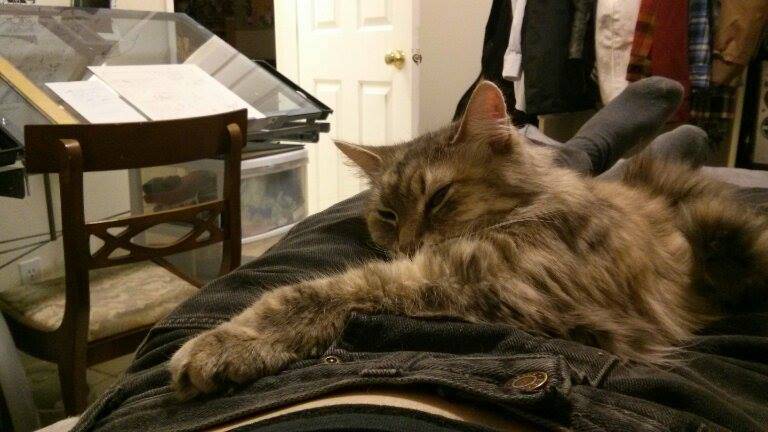 Where is the last inconvenient place that Taquito has fallen asleep?

Right in between my legs so I can’t really move without accidentally kicking her.

If Taquito threw a raging party, what are the staples on the playlist?

Spice Girls,”Say You’ll Be There”:

If you wake up in a Freaky Friday situation with your feline, what’s the first course of action on it’s behalf? On yours?

She’d probably find her bag of food and eat it all before passing out and not going to work, so I’d probably get fired. Also if I was her, I wouldn’t go to work anyways, so sleeping is what we’d both be doing. Also, I’d have my own box to do my business in. 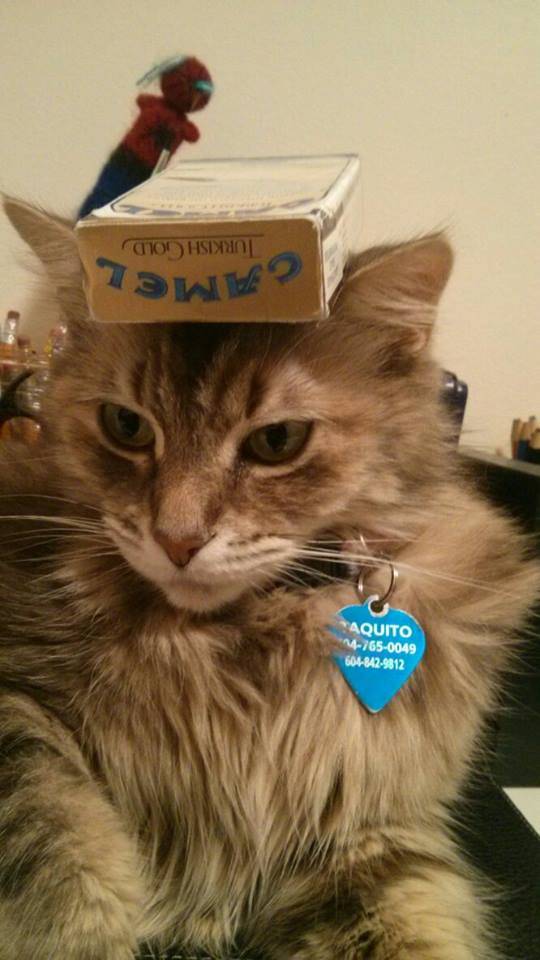