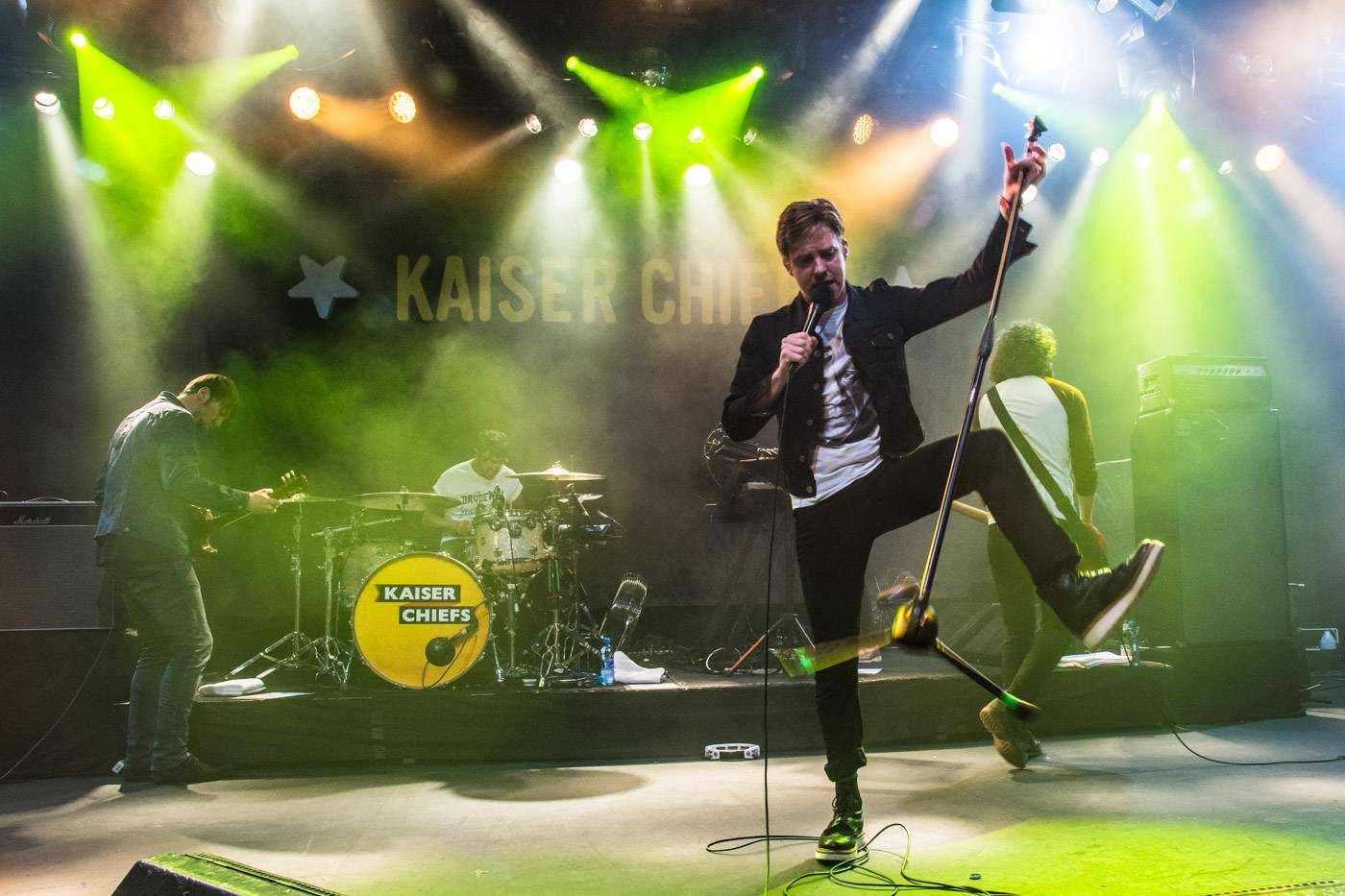 Now in its tenth year, the British band has released four albums and are a hit at home in the UK, withÂ top ten singles and three Brit Awards.

In an interview with Kim Hughes at hmv.com/ca,Â keyboardist NickÂ “Peanut”Â Baines compares hisÂ band to Def Leppard, who apparently play Kaiser Chiefs before their shows: “That’s good to hear. I like that band. I used to listen to them as a teenager. They were like the Killers in reverse. The Killers broke in England and then went back to the States. Def Leppard everyone thought they were an American band because they were so huge in America and yet they were from Sheffield. They wrote the kind of songs that could be played acoustically, which is the sign of a great pop band. Kind of like us, actually. Wow, I never thought I’d compare our band to Def Leppard!”