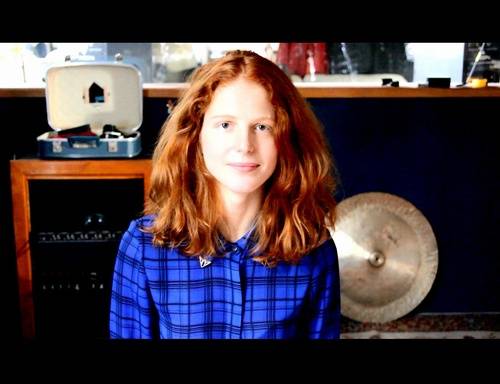 WhetherÂ you’re looking to hire or to see some entertainment, or both, see AnneÂ Vegnaduzzo’s resume come to life at the Fox Cabaret. On March 25, the 25-year-old press agent from Paris is organizing Who Wants to Be My Boss?, a show that will featureÂ a wide variety of artist creations and performance pieces includingÂ painting, burlesque, aerial dance, and live music.

Vegnaduzzo hopes this event will showcase her skills and experience in art business and management, and land her a job in Vancouver.

Besides working as press officer for hauteÂ couture and designerÂ brand Pierre Cardin, Vegnaduzzo also runs an artist residency back home called Break’Art Mix. There, she hosts travellers from all over the world and promotes their creations. So it’s no surprise she decided to promote herself like she does her guests, establishingÂ what she callsÂ a “united artistic network outside conventions.”

“Looking for a job is an opportunity to try new roads,” Vegnaduzzo told us in an email. “So I decided I should innovate with the process itself. Creativity and proactivity are key! So here we have Who Wants to Be My Boss?, a living rÃ©sumÃ© where I will showcase artists who, in turn, will showcase me.”

The show will feature musicians, visual artists, and performers,Â most of whomÂ haveÂ stopped by Break’Art Mix. David Simard, a Canadian folk-singer who toursÂ across the country and abroad, is among this group. VegnaduzzoÂ met Simard – describing him as her “partner in crime” – in early 2013, while he toured in Europe and she was launching Break’Art Mix. SimardÂ currently lives in Paris andÂ runs the artist residency alongside Vegnaduzzo. Other performers range from violinist Hannah Epperson to San Francisco-based aerial dancer Shannon Gray Collier.

But Vegnaduzzo insists on keeping exactly what we’ll be seeing from each performer under wraps.

Vegnaduzzo’s passion for B.C. was ignited two years ago,Â after she toured several music festivalsÂ (including theÂ Campbell Bay music festival on Mayne Island, the Kispiox Valley festival, andÂ theÂ ArtsWells festival) across theÂ province with Simard. She visited Montreal, but felt more connected toÂ the West Coast, to the people and landscapes, and Vancouver’s balance ofÂ cultures, specifically Asian and American. On a personal note, she says it’s a city of beauty, with “a majestic aura carried by the people, the places, the ambient air… another dimension in comparison to [a] Parisian vibe.”

In her quest to find work in the art businessÂ -Â art direction, artist management or communications/media relationsÂ -Â she’s still open to other opportunities and embracing new paths.Â Whether she succeeds in her hunt or not, she’ll remain patient. Vegnaduzzo says she has nothing to lose and is in no rush to move, insisting that she’ll leave Paris only if the campaignÂ lands her a suitable placement inÂ her field or another that might awaken her other passions in life.

“I could have posted an ad,” said Vegnaduzzo, “and I have indeed spent many hours looking online… but I am coming from the South of France, where the warmth of human flesh is sacred! I’m not a product, I am a person. Having ‘a good feeling’Â about someone should be part of recruitment.”

Tickets are $15.00 and can be purchased at the door. Regardless if you’re an employer or not, you’ll get to know Vegnaduzzo pretty well throughout the show.

“I make a point to be transparent, honest and convincing. Orchestrating a unique presentation from halfway across the world is a testimony of my motivation. Don’t pretend, do!”

A picture says a thousand words. A show, even more. 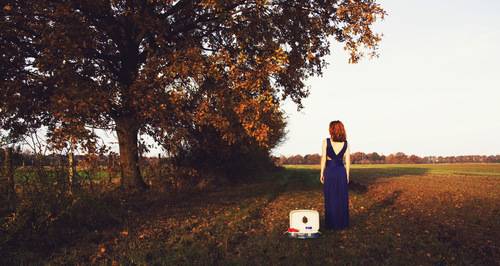