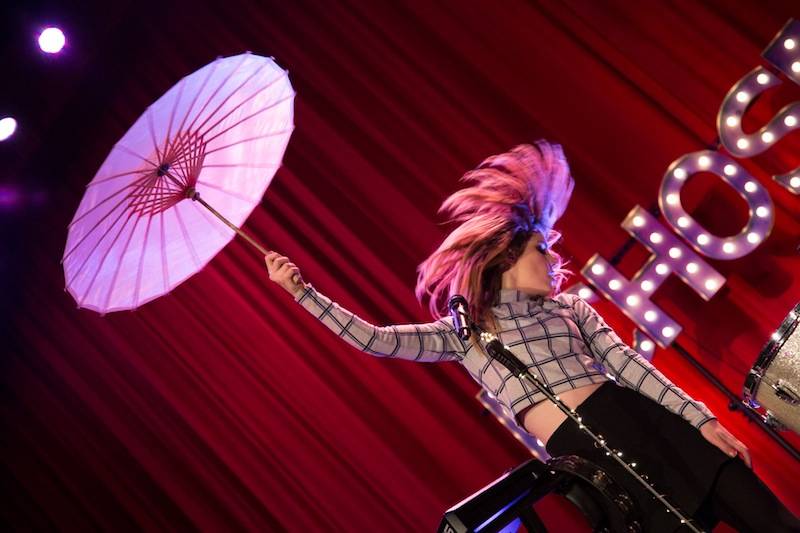 Echosmith in Vancouver on Sunday night. The Los Angeles-based band is the midst ofÂ its first headlining tour; they were last in Vancouver in the fall, opening for American Authors.

Recent activity for the group includes the release of a new single, “Bright”. According to the PR bumf from the group’s label, Warner, the track immediately began climbing the charts “at both Hot AC and Top 40 radio, and MTV and VH1 recently premiered the accompanying video, with MTV describing it as ‘just as beautiful as the song.'” Both tracks are from the band’s 2013 debut, Talking Dreams.

“Bright” follows the hitmakers’ platinum-selling “Cool Kids”. The track was performed by a contestant on NBC’s The Voice, and featured in an episode of Glee.

They’re a hit with the kids; they received a nomination for the Nickelodeon Kids’ Choice Award for Favorite New Artist, up against the likes of Meghan Trainor and Iggy Azalea. Snipe photog reportsÂ that the show was “fantastic – they’re such good performers! Such a young crowd though. Got hit in the head multiple times by the guy in front of me who decided to parody her with his umbrella. Lots of fun though.”

More photos of Echosmith at the Rio Theatre in Vancouver: