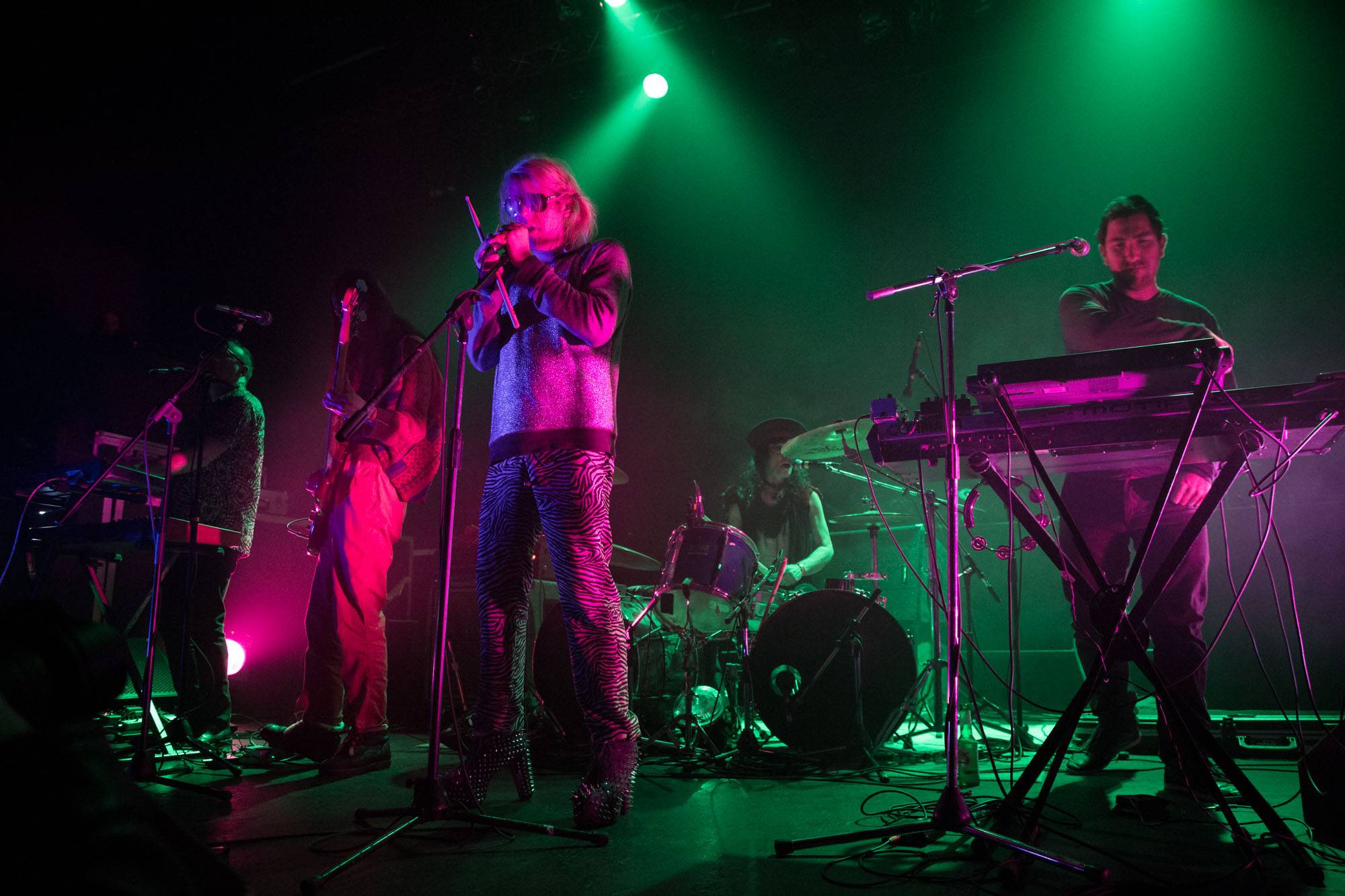 Ariel Pink on tour for his latest album, pom pom. The show was the fourth on his current North American tour for the record. Songs include “Black Ballerina” and “Put Your Number in My Phone”.

His most recent album before pom pom was 2012’s Mature Themes, recorded with his usual backing band Haunted Graffiti. The L.A.-based musician, who was born Ariel Marcus Rosenberg, released his first solo album in 2002.

According to Wikipedia, pom pom “includes several songs written by Kim Fowley, who wrote them from his hospital bed for Ariel to perform.” Fowley died last month while battling cancer.

Writing on Pitchfork, Jeff Weiss awarded the album an 8.8 (“Best New Music”) and stated, “If 2012’s Mature Themes found him recovering from a break-up by concocting Kinski Assassin Who Shagged Me daydreams during hungover wanderings to the Highland Park Wienerschnitzel, Pom Pom is Pink on the prowlÂ -Â with its attendant sexploits and screwups.” He also writes,Â “But for all the arch humor and affectation, Pink writes some of most wistful and peculiarly moving songs in contemporary music.”