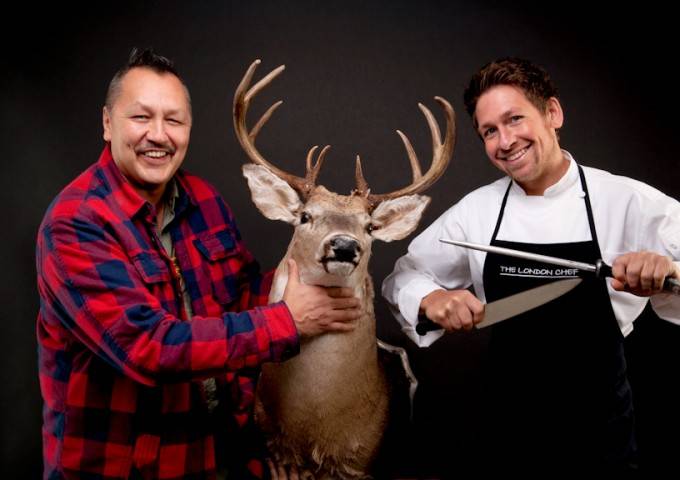 Unboxing video – Moosemeat and Marmalade and The Missing Ingredient

Snipe editor/publisher Shawn Conner received a promotional package in the mail this week. We decided to make and post our first unboxing video, which you can watch below (don’t worry, it’s short).

The package was sent to promote a new Canadian cooking show premiering Jan 7 2015. Called Moosemeat & Marmalade, the show is billed as a 13-part documentary series. From the press release: “This series is a culinary face-off between acclaimed First Nations cook Art Napolean and classically trained European celeb chef Dan Hayes. Each week, these two come together in a highly entertaining exploration of culture, worldview, culinary tradition and truly adventurous cooking. For those seeking to expand their culinary horizons in 2015, explore Aboriginal cuisine or venture into 2015’s predicted hipster trend, the ‘hunting and gathering’ approach to food prep, this is your show.”

The package was put together by The Missing Ingredient, a monthly subscription service that mails out “difficult-to-find culinary must-haves and kitchen gadgets, and ingredients ranging from spices to sweets.” Find out more at missingingredient.ca.