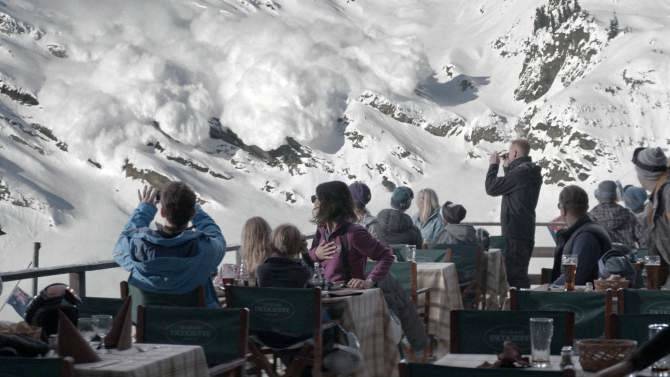 The timing isÂ fitting, since the movie – which made its Vancouver debut at this year’s Vancouver International Film Festival – takes place at a ski resort. This resort is in the French Alps, and involves snow. A lot of snow.

A Swedish family isÂ enjoying a nice vacation when, faced with an oncoming avalanche (a controlled avalanche, but the family doesn’t know that), the fatherÂ (Johannes Kuhnke) commits an act that turns his wife, Ebba (Lisa Loven Kongsli), against him.

Written and directed byÂ Ruben Ã–stlund, Force Majeure is a dark comedy of manners that at times is played for uncomfortable laughter and at others moments of unexpected drama. The cast is augmented by Kristofer Hivju, a Zach Galifianakis-like wild man whose character Mats is ski buddies with the dad, Tomas, and Mats’Â young girlfriend Fanny (Fanni Metelius). Naturally,Â Tomas’ actionÂ – or rather, the discussion of it – carries over to their relationship. 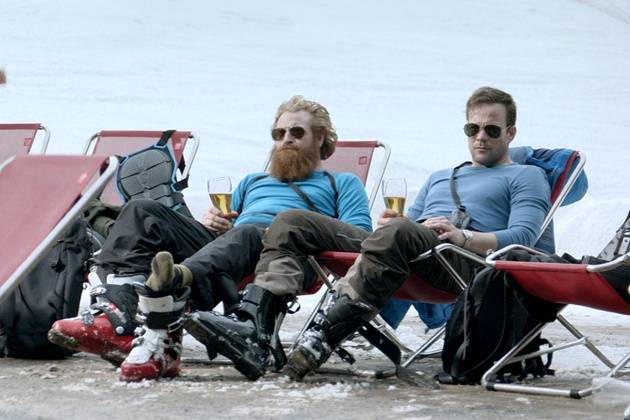 Force Majeure won theÂ Cannes 2014 Jury Prize in Un Certain Regard. It was then selected for the SpecialÂ Presentations section at TIFF 2014, where it was a huge hit with critics and festivalÂ audiences alike. This film has also been chosen to represent Sweden in the bid for BestÂ Foreign-Language Film at the upcoming Academy Awards.Â For Vancity Theatre showtimes, visit viff.org.