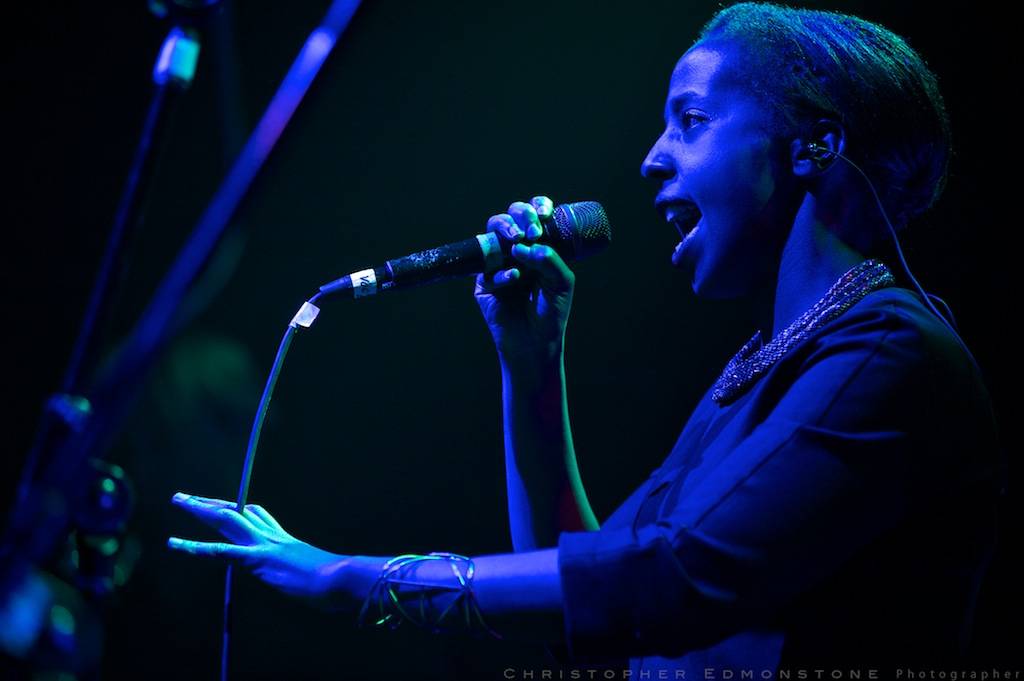 The Canadian artist is on tour for her second album, Neuroplasticity. It follows her 2012 album I Predict a Graceful Expulsion, which made the 2012 Polaris Music Prize Shortlist and was nominated for a Juno.

Cold Specks is 26 year-old singer Al SpxÂ (and her musical collaborators).Â SheÂ began work on NeuroplasticityÂ in Wick, Somerset during the winter of 2012. “The record was mapped out in the cottage,”Â she says in a press release. “I was there for about three months.” The songs “A Formal Invitation”, “Old Knives” and “Absisto” were written there, she says. “They are the more unusual songs on the record. I may have been reflecting on my surroundings. Have you ever been to Glastonbury? It’s a pretty fucked-up place.”

Spx also recently worked on a Moby album and was invited to play with Joni Mitchell at the singer’s 70th birthday. She contributed to Ambrose Akinmusire‘s new record for Blue Note and the latest Swans album To Be Kind.Â Swans founder Michael Gira appears midway through NeuroplasticityÂ on “Exit Plan”,Â and Akinmusire joins him on the closer “A Season of Doubt”.