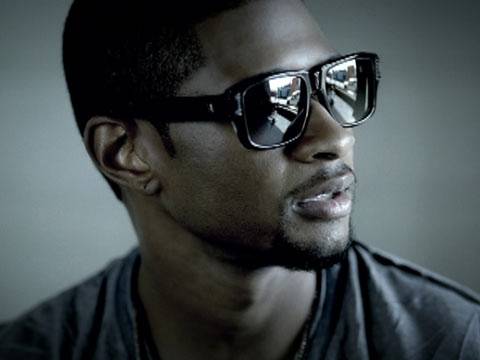 Up until last night, I would have said that nothing turns B.C. ladies on more than a shirtless Usher. But when the R&B superstar surprised his fans in Rogers Arena by changing into a custom Canucks jersey halfway through his set, I had to eat my words. Hundreds of his excitable admirers lost their minds (and probably their voices), screaming as he slid around the stage in blue and green to the party jam “You Don’t Have to Call” – just one of the 20 or so chart toppers he performed over the course of two hours. This was merely the tip of the iceberg of tricks Usher pulled out for his retrospective tour dedicated to his hardcore fans.

Having laid low for the past three years, the R ‘n’ B artistÂ decided to hit the road in 2014 with the Usher Experience aka the URX Tour (which I’m sure had a few Silicon Valley types rolling their eyes), performing a spectrum of all his gold and platinum hits. His set included rebooted versions of classics like “U Remind Me”, “You Make Me Wanna” and “Nice and Slow”.

Initially, his vocals lacked the finesse and soul of his recordings; his dancing, on the other hand, was a whole different story. He indulged every ticket holder who had been mimicking his moves and perfecting his raps since puberty. Usher’s choreography was beyond impressive; he pulled out his trademark circle glides like they were going out of fashion and even did a little breakdancing demonstration with his team of insanely talented back up dancers. A show highlight included a funk instrumental break where the whole dance crew pranced around the stage emulating the late, great James Brown.

After buttering up the audience with lines like, “There hasn’t been a second that I haven’t dreamt about my last time here” and getting some encouragement from the lovely ladies who he handpicked from the bleachers to dance for him, he moved onto a string of sensual ballads. On the tracks “Climax” and “Confession”, his falsetto and vocal runs were flawless. It’s lucky there were seats on the stadium floor to catch all the folks who were weak in the knees after those steamy numbers.

He picked up the energy again with a drum solo that he performed behind a gold-rimmed set. Sensing the rising club vibe in the room, Usher ended the show with the thumpers “Yeah” and “DJ Got us Falling in Love Again”, getting Vancouver’s young and beautiful amped for more raging on the Granville strip. Some kitschy music arrangements aside, Usher puts on one hell of a spectacle, and I found myself almost missing those late nights at the club with his music as the soundtrack. Almost.