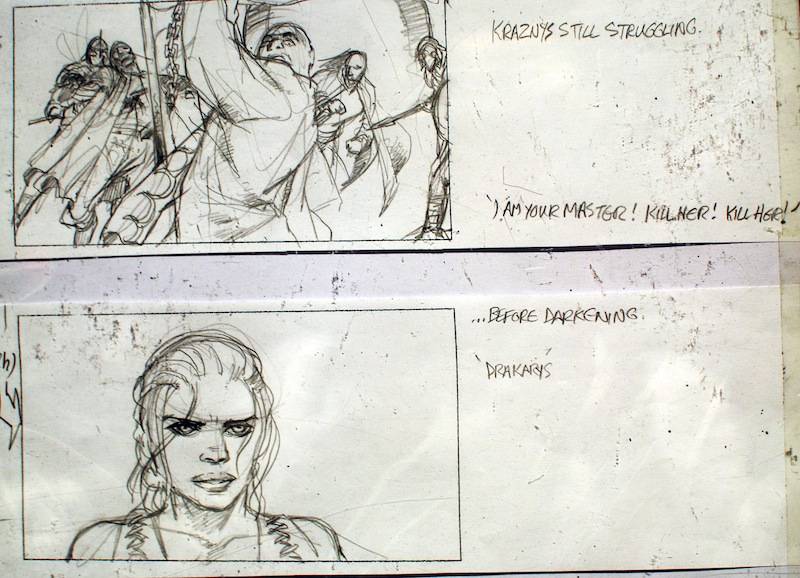 Storyboard from Game of Thrones, on exhibit at the PNE 2014. . Ryan Ingram photo.

The beginning of the Fair at the PNE means that our long, sweaty summer is coming to an end.

But this year, it also means that Winter Is Coming. An exhibit dedicated to all-things Game of Thrones – HBO’s highly entertaining and highly profane fantasy series – is ending its world tour in Vancouver. After making nine stops around the world, including Mexico City, Oslo and Belfast, the PNE will be the last chance to check out the exhibit, which puts over 100 artifacts straight from Westeros on display. The exhibit ranges from storyboards to costumes to an arsenal of fake weapons that look just as deadly behind glass as they do on TV.

You’ll also be able to take a seat on the Iron Throne for a photo opp. And those looking for something even more immersive can test out virtual reality headset Oculus Rift to take an elevator ride to the top of Castle Black in the Ascend The Wall experience.

Before the crowds flock to the fair though, I somehow found myself at Thursday’s afternoon VIP GoT-themed cocktail reception, where drinks named after each House were flowing and there was enough chicken (and other appetizers) to feed The Hound. Actress Sibel Kekilli (Shae) was there, hanging out with guests before her Saturday PNE appearance to greet fans. 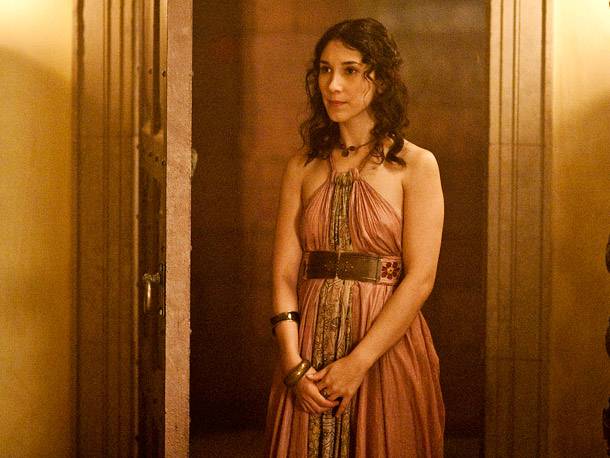 Sibel Kekilli in Game of Thrones.

For a Westerosi-themed social event, the live-violin duo under a fancy white tent and all the casual mingling seemed a little too nice, and I started to sweat potential Red Wedding scenarios breaking out at any second. My fears were assured when a pair of White Walkers appeared and took someone’s baby. (Well, they took a photo with someone’s baby. And they gave it back after.)

The exhibit officially opens to the masses today, and will be one of busiest attractions for this year’s mini-donut fest, putting the PNE Prize Home in a battle for foot traffic with the Houses Stark, Lannister and Targaryen.

Check out our previous Game of Thrones coverage, includingÂ the panel at the 2011 San Diego Comic-Con and photos from the wild Game of Thrones Burlesque at the Rio Theatre.

More photos from the Game of Thrones exhibit at the 2014 PNE: