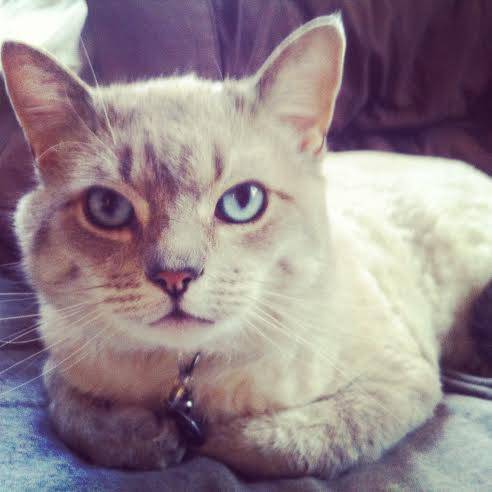 I adopted Roscoe from the SPCA. I’ve had him for a year and a bit. 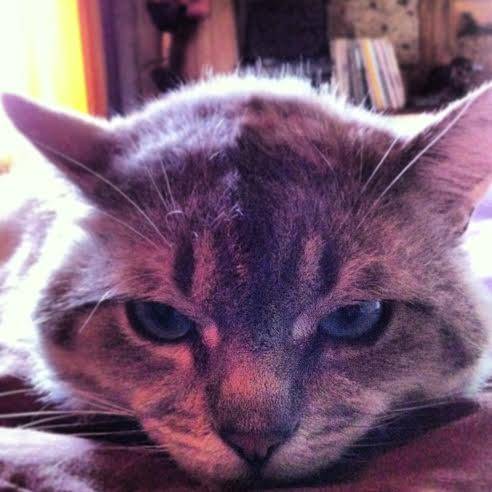 I think he’s Persian or Siamese mixed with a Tabby.

I feed him one cup of dried pellets a day.

What dead rad dude would Roscoe prefer to sit in the lap of while watching a fish tank: James Dean or John Belushi?

He’d rather sit on the ghost lap of Vincent Price rather then James Dean or John Belushi. 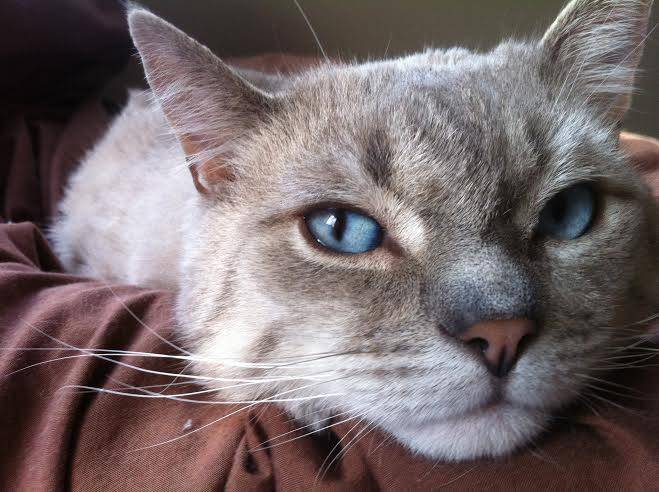 What does Roscoe listen to when you’re not around? 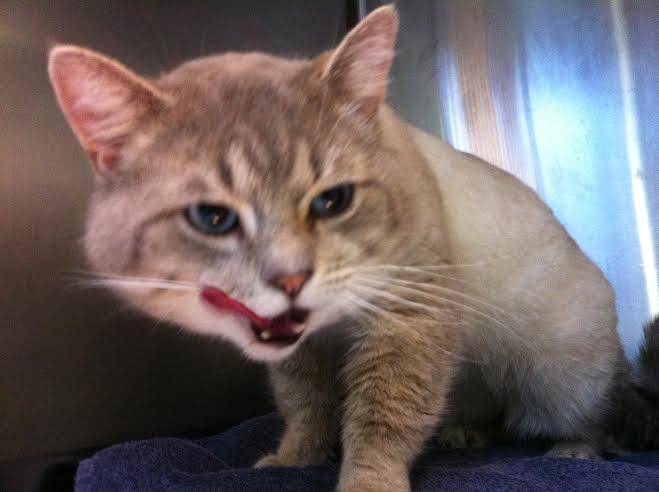 Sunday mornings are usually reserved for sun bathing on the patio & periodic butt licking (his own).

Rambone can be witnessed in real life at the Electric Owl on July 25.

And now for a real treat!