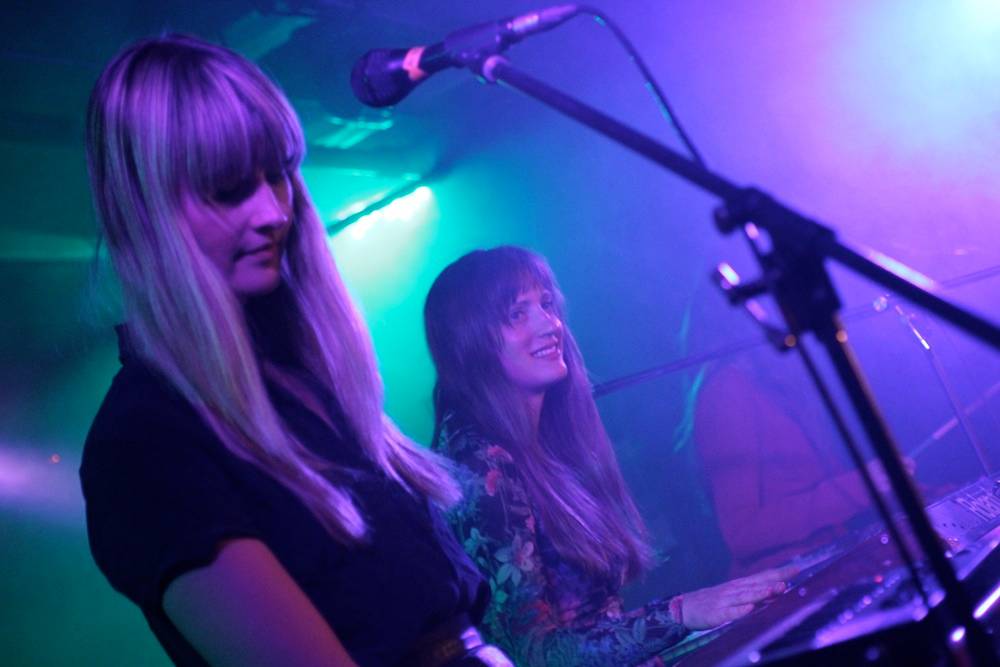 Before the state of the publishing industry raised the price of printed magazines to be comparable to books (those not forced online or made obsolete), I harboured a mini obsession with collecting the glossy materials. One of my guiltier pleasures was Nylon, which filled most of the garbage bags of recycling when I was forced to move out of my West End apartment several years ago. Ironically enough, Nylon is still available and accessible in its original format, and was partly responsible for bringingÂ Au Revoir SimoneÂ with supporting bandsÂ The Lower 48Â andÂ DressesÂ to Vancouver forÂ Monday’sÂ show at the Biltmore.

I only arrived at the venue in time for second band Dresses’ final song, “Sunshine”, so my first impression of the was of a duo comprised of a young woman and man singing along toÂ his acoustic accompaniment. Previously unfamiliar with the Portland band, nothing seemed amiss, so I was surprised to discover that they usually perform with a full backing band who had encountered some unfortunate issues at the Canadian border that barred them from entering the country. Quaint and cheerful in sound, the duo deserve commends for not being deterred by the drama or lack of support, and pulling off an impromptu stripped-down performance. 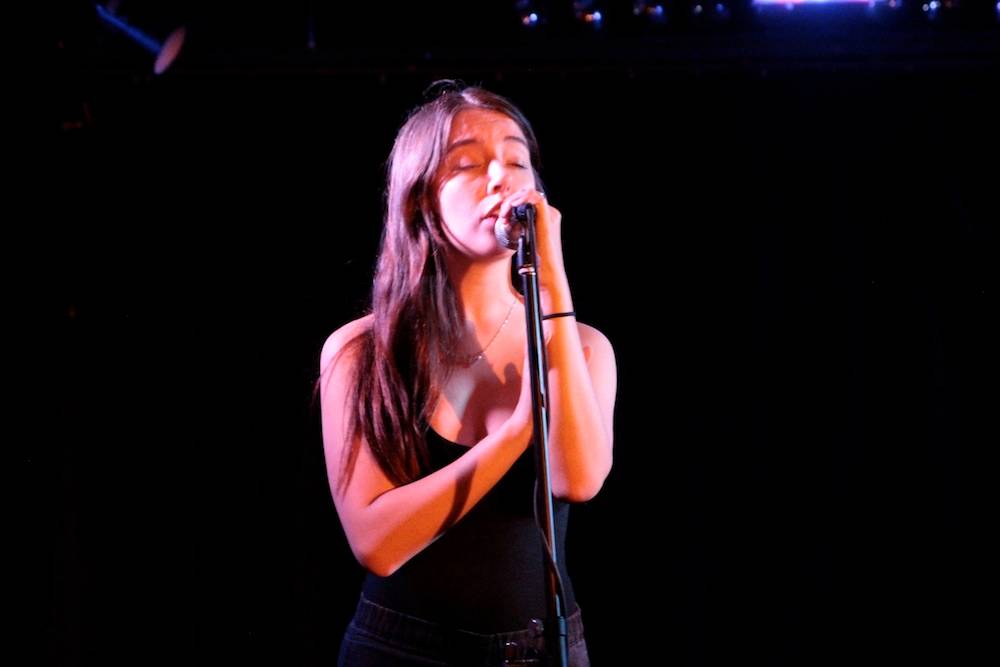 Headliners Au Revoir Simone epitomized the Nylon image that lingered in my mind: cool without being too edgy or inaccessible. The Brooklyn, New York trio had been traveling the worldÂ since January. Vancouver marked the second stop on the West Coast leg of their North American tour to promote last September’s release ofÂ Move In Spectrums.Â The album, the band’s third LP together and first on record label Instant Records, marked the reunion ofÂ Annie Hart,Â Heather D’Angelo, andÂ Erika ForsterÂ after a four-year hiatus to pursue other avenues individually. 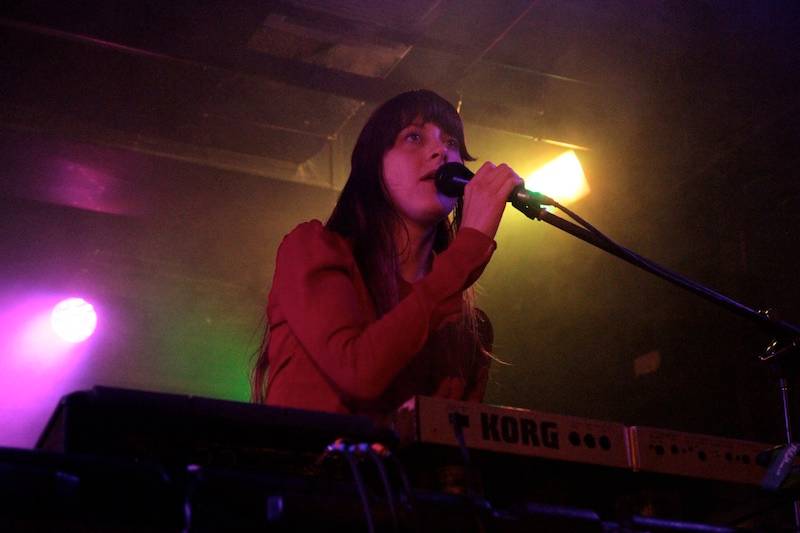 From first glance it was difficult to imagine that the three young women, who exuded youth and style in their retro ’90s attire, had been a band for over a decade. However, it quickly became obvious that there was more to their layered electronic sound than what was literally coming out of their instruments. Although they resembled theÂ Barbie doll girl band conjured from my childhood brought to life, there was a dark undercurrent to their sound that revealed the maturity and wisdom that I had not expected.Â Each woman was stationed behind no less than one keyboard at a time, as they played a set devoted mostly to material off of their latest album. Their moody electronic indie pop was much less polished performed live, although still danceable, especially during upbeat, uptempo “The Lead is Galloping” and “Anywhere You Looked”. Although they switched between leading vocals, the most effective numbers were those in which they harmonized as a threesome, melding their voices with their instruments for songs like “More Than”.

They closed their set with “Shadows” off of their second album,Â Still Night, Still Light.Â Although an older song, it was a most apt finale which the repeated lyric, “Good night… I hope you’re coming with me.”

It was undeniable that the women were electric to watch, all flowing hair and thigh-grazing hemlines, their long legs clad in matching black stockings and black heels. Individually they brought their own distinct attitude and presence to the stage. Hart, in a floral long-sleeved mini-dress, removed her shoes for the first couple of songs. The most extroverted and seductive presence, she danced and moved her hips in isolations,Â lifting herself onto her tiptoes to sing into the mic. Hart possessed the grace of a ballerina, and the attentive, watchfulness of an artist making sure her performance was executed as it was envisioned. Throughout the night she often inexplicably broke out in full-blown laughter, tilting back her head and smiling wide enough to expose her molars. The second song of the night “Just Like A Tree” contained the lyric “Stay away from me” – a line most convincingly communicated by Hart’s alternate intense, bitchy stare. Hart’sÂ teasing push and pull likely instilled fear and lust in the moderate crowd of mostly male adorers and couples.

While Hart’s dry and sometimes sarcastic sense of humour dominated the stage banter, Forster exuded a genuine sweetness and politeness,Â  and thanked the audience several times. About one-third into the band’s set, she even expressed her gratitude at our active listening skills, inferring that we all received straight As in school. “I betÂ youÂ all got straight As!” an audience member retorted, and set off a stage banter about academic achievements, ending with a snarky dig from Hart about how far their schooling had gotten them. Even when Hart gave a shout-out to Nylon, it digressed into a typically cynical remark about how surprised she was that we weren’t all just reading our complimentary issues of the magazine. After self-appointing the band asÂ honorary Vancouver “hometown heroes”, it was difficult to discern how much of that comment was sarcasm and sincere disdain at past audience decorum.