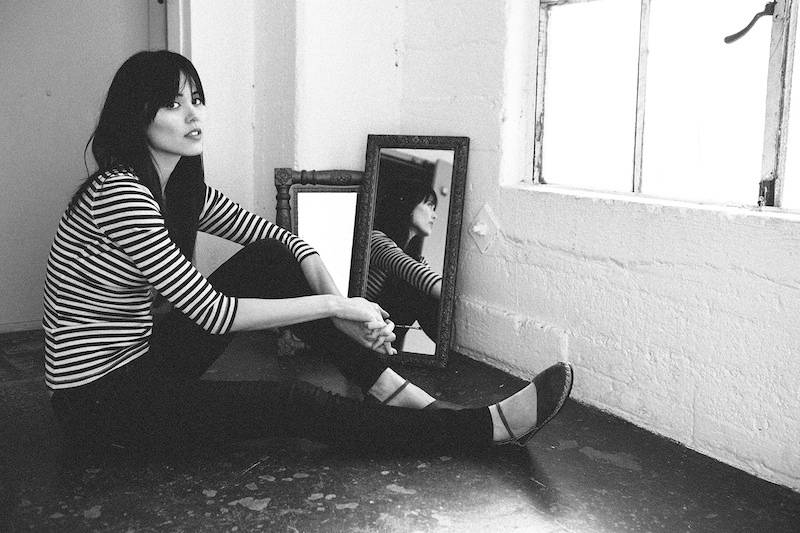 Priscilla Natalie Hartranft was born in 1984Â in Georgia, and raised in Pennsylvania. She released her debut album A Good Day in 2008, at 24. She recently released her third album, This Is Where We Are, and it represents an emancipation of sorts. On it, AhnÂ takes greater sonic control than she has in the past, moving away from the airy folk-pop of her previous two English-language releases (including 2011’s When You Grow Up) to dabbleÂ in electropop textures.

We mentioned “English-language releases” – Ahn also has two Japanese records, Natural Colors and Home – My Song Diary. In an interview before the start of the tour for This is Where We Are – a tour that brings her to the Biltmore Cabaret May 12 (early show) -Â we talked about her Japanese following, her big score with Studio Ghibli and of course the new album. 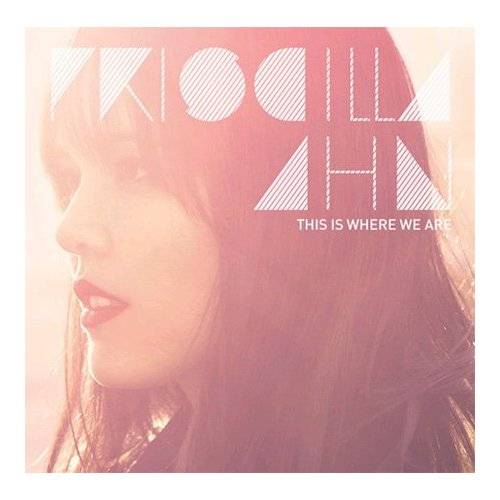 Shawn Conner: How did the two Japanese albums come about?

Priscilla Ahn:Â I’ve been fortunate enough to have a big enough following to put albums out exclusively in Japan. And I’m a big fan of the country, and the culture. At my show I would try to do a song in Japanese, and for whatever reason people were always telling me my accent and pronunciation were really good. And I enjoy watching a lot of Japanese anime. Maybe because of that I have an ear for the language, I don’t know. But people were telling me, You should do an album in Japanese. So I’ve madeÂ one full-length album mostly in Japanese, doing cover songs and a couple of my songs translated.

SC: What were the cover songs?

PA: “Daydream Believer”, I did that in Japanese. There was a famous singer in Japan who covered that, so everyone knew it. I did the Beatles‘ “Norwegian Wood”. I’m a big fan of the writer Haruki Murakami, and that’s also the title of one of his books, and I love that song so it seemed perfect. I sang a couple of songs from Studio Ghibli movies that I love.

SC: Do you knowÂ any other languages? I know your mom’s Korean.

PA: I can speak a little bit of Korean. I think my JapaneseÂ has surpassed that now. I canÂ also read and write Korean characters. I did takeÂ classes to learnÂ how to read and writeÂ two out of three Japanese alphabets. I’ve definitely been trying to improve. I enjoy languages. But Japanese has been my main focus these days.

SC: Covering the Studio Ghibli songs, is that why the producer contacted you about doing a song for the upcoming movie, When Marnie Was There?

PA: I was probably on the radar because of that. Looking back, that happened because of lucky little moments. I just wanted to do those songs of my own accord. There was this one guy who came to my shows, and he saw how much I loved the songs, and a couple months later he got a job working at the studio museum, and this past Christmas, they invited me to play at the museum thanks to this guy who came to my show. I feel like, I went and did the show, it was right before Christmas, I was going there literally for a day just to play there, and I think that also really put me on the radar. Two weeks later I got the email and I was like, Oh my gosh!

SC: Can you say which Studio Ghibli film is your favourite?

PA: It’s so hard for me to pick a favourite, for different reasons. I really love Nausicaa, Valley of the Wind. Technically, it wasn’t released by Studio Ghibli, but it’s definitely my favourite Hayao Miyazaki film. IÂ also love Princess Mononoke. And Spirited Away. 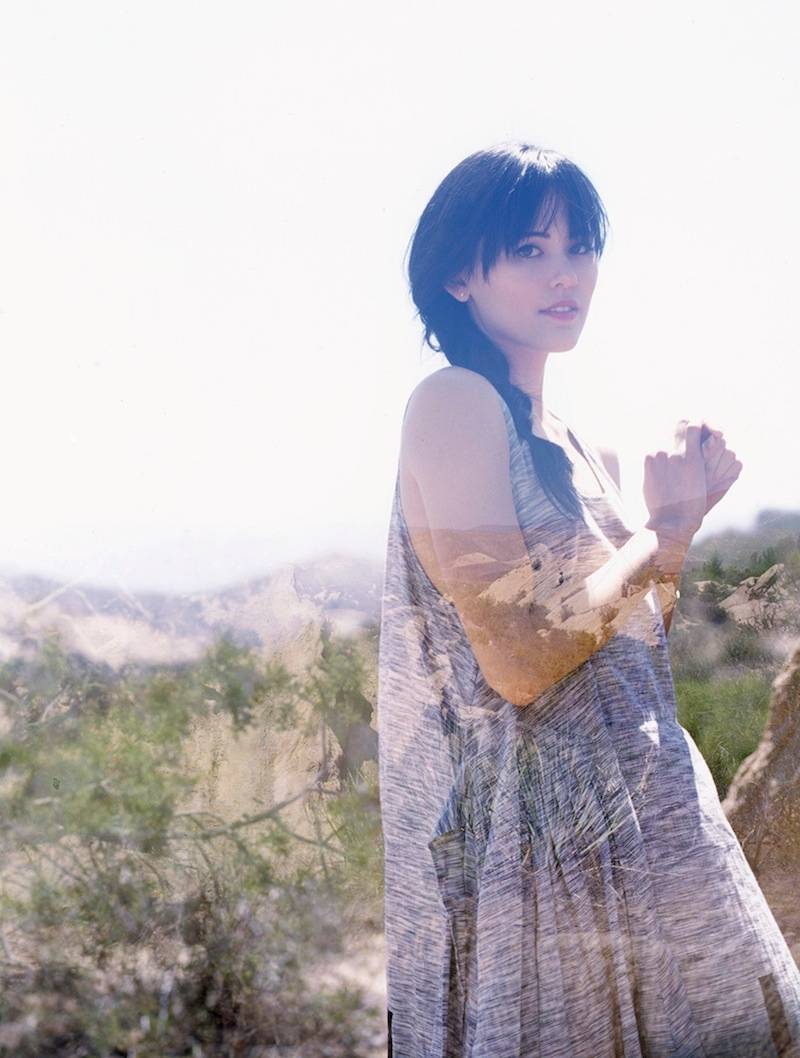 SC: Do you have a lot of Studio Ghibli mementoes and merchandise?

PA: Oh my goodness. Everywhere you look in my house there’s something. I’m trying not to be crazy about it so people don’t think there’s something wrong with me. Tons of stuffed animals, little knick-knacks, I’ve been to the museum in TokyoÂ twice now. There’s so much awesome stuff in their gift shop. I just buy a bunch of stuff. I got this stuffed Totoro (from My Neighbor Totoro)Â doll -Â you see stuffed Totoro dolls everywhere, but this one is made in Japan, you can’t really find it anywhere else. It’s very realistic and beautifully made.

SC: Do you bring any of this on the road with you?

PA: I do. I used to have this white stuffed dog that I named Totoro who would come with me. Now on this trip, I think I’m going to bring this little egg princess. She’s a little tiny stuffed egg with a dress on. She’s a character from one of the Ghibli short films thatÂ Miyazaki had directed. She’s adorable,Â and she’ll fit right in my bag.

SC: Who needs a band when you have a little egg princess?

PA: Exactly. I don’t need my husband to come with me, I have my egg princess. 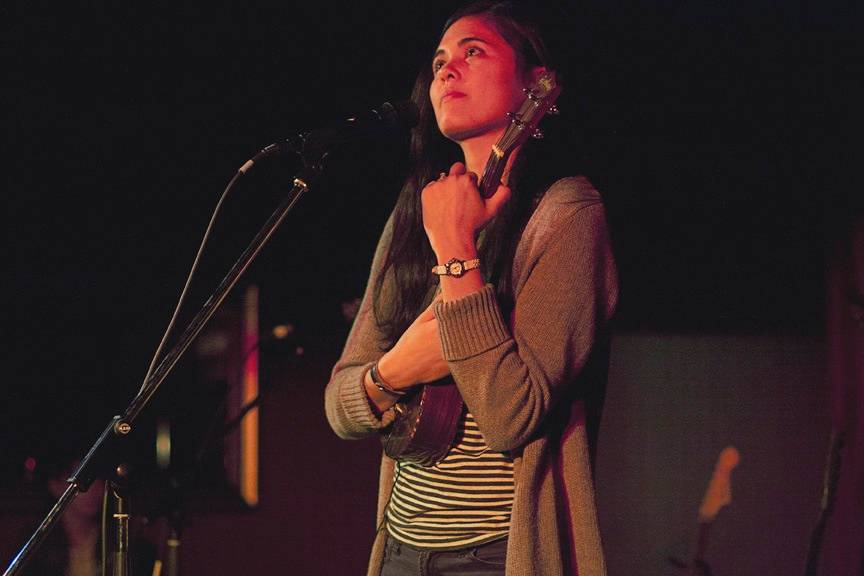 SC: Are you coming with anyone else?

PA: I have just one other musician, Wendy Wang, she’s toured with me a bunch. She’ll be playing a bunch of samples and synthesizers andÂ electric guitar.

SC: The new record is a bit of a departure. It also sounds like you had some newfound freedom.

PA: Exactly. It’s the first full-length album I made without a label or input from anyone. I’ve always been interested in writing this kind of music. I’m a big fan of bands like Little Dragon andÂ Lykke Li, Gardens &Â Villa. I never really knew how to write that kind of music with those electronic and synthesizer elements becauseÂ Â IÂ only wrote my songs on my acoustic guitar. So I bought a MIDI keyboard, and learned how to use Pro Logic for the first time and used samples and it opened up a humongous window for me creatively, just to have new sounds, and also the freedom to just try whatever I want. No one’s looking over my shoulder. If it sucks it sucks, and I can move on.Â It was very liberating for me.

Watch – Priscilla Ahn, “Remember How I Broke Your Heart” (from This is Where We Are):