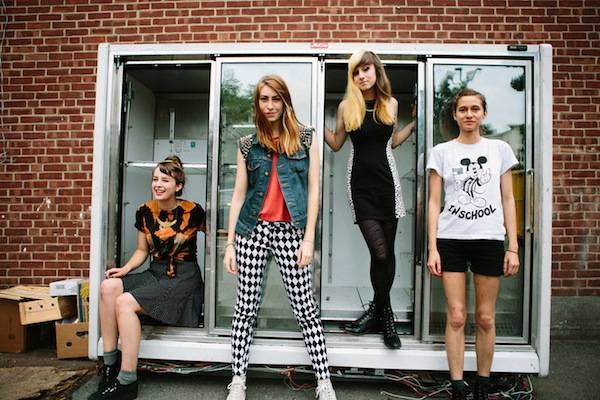 The weekend of May 23-24Â is going to be a crazy one in Vancouver. With the Sasquatch!Â Music Festival (May 23-25) just over the border, dozens of acts will be crossing the lineÂ into Vancouver. One of the bands that might get lost in the crush, but shouldn’t, is Potty Mouth.

TheÂ young Massachusetts band, who open for Waxahatchee at the Biltmore Cabaret May 23, have one EP and a recently released full-length to their name. That album, Hell Bent, is 10 tracksÂ ofÂ fizzy two-guitar pop-punkÂ abandon, and has earned Potty Mouth praise and band-to-watch type notices.

A couple of days before the start of the tour bringing the quartet to town, we caught up with a few of ‘Mouths, includingÂ Abby Weems (guitar, vocals)Â and Victoria Mandanas (drums), who were sitting on the front porch of bassist AllyÂ Einbinder‘s NorthamptonÂ house. Einbinder called in too, from a bus. 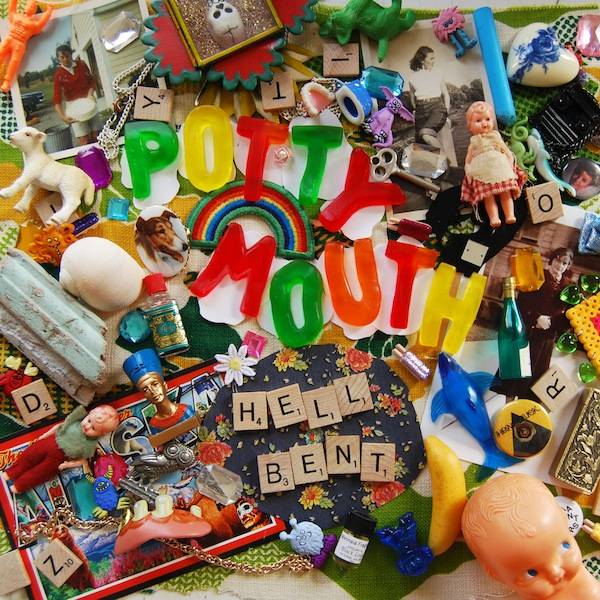 Abby Weems: Most of the music I listen to is from the ’90s, but I’m definitely influenced by what other people in the band listen to. Like when we go on long trips everyone plugs in the iPhone at some pointÂ or puts in a CD or mixtape. I’ve discovered a lot of things because of that.

AW: Probably because I had the most time. Everybody else was in college orÂ had jobs. I was just a high school kid learning guitar and feeling really inspired all the time. I ended upÂ getting really into it.

SC: The band has hadÂ a lot of cool experiences in the last year or so.

Victoria Mandanas: Definitely. We’ve had some really cool opportunities. We opened for Kate Nash, that was really cool. That’s still the biggest show we’ve ever played. It felt like a concert,Â you looked out into the crowdÂ – it wasÂ more people than we’re used to! 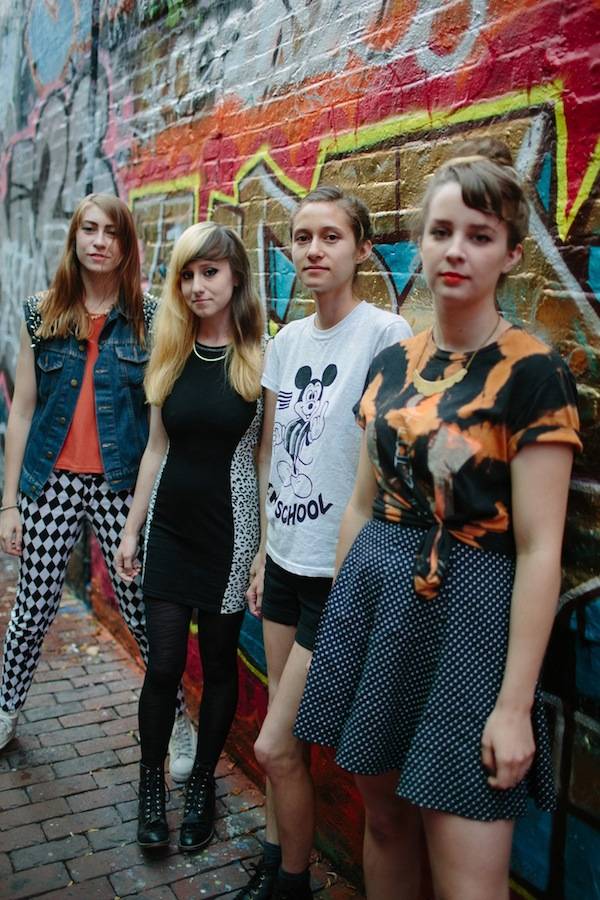 VM: No progress yet. But we all plan on going regardless. We’re Veruca Salt fans, so if they’re playing this reunion tour and playing Boston we’re definitely going to be there. It still makes me wonder, Okay, so what’s the band theyÂ have opening?

Ally Einbinder: Yeah, I don’t have any down time. I haven’t had downtime in a year, it feels like. The reason I’m calling from a bus station is because I’m meeting our other guitarist Ali [Donohue; former lead guitarist Phoebe Harris quit to pursue illustration]Â in Boston andÂ she and I are driving to New Jersey tomorrow morning to pick up our rental van. I’m the one renting it because I’m the only one who’s 25 and you need to be 25 to rent a vehicle. It’s stupid logistical stuff. The reason we’re going to New Jersey is because the company rents specifically to bands. I feel a little stressed. But I’ve already packed.

SC: HavingÂ recorded an EP and a demo, was it a struggle to get 10 songs for a full-length album?

AW: We definitely planned to have 10 songs. But it was getting down to theÂ last couple of weeks before we were scheduled to record and we still needed one more song. So we sort of through together “The Better End”. People are usually surprised to hear that, a lot of people like that song and they don’t realize that a lot of it was improvised, a lot of it was thrown together at the last minute. It was definitely a struggle to get to the 10 songs. But I don’t know, I think it came out pretty well. 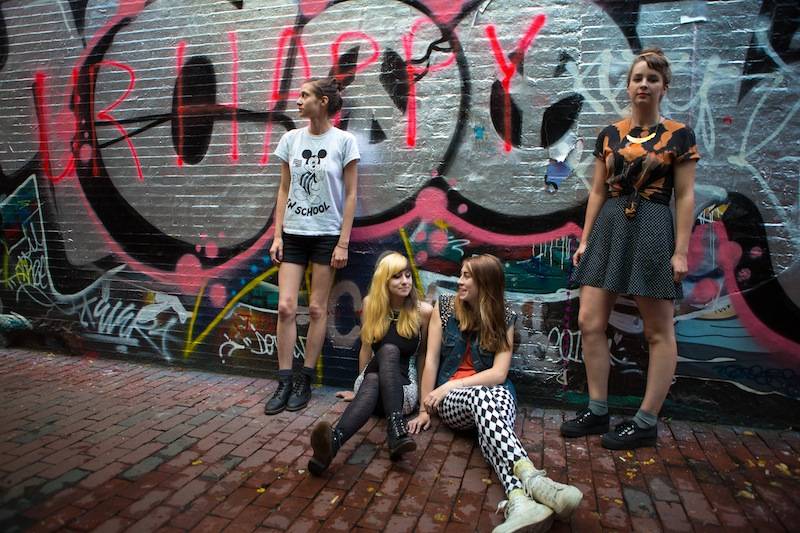