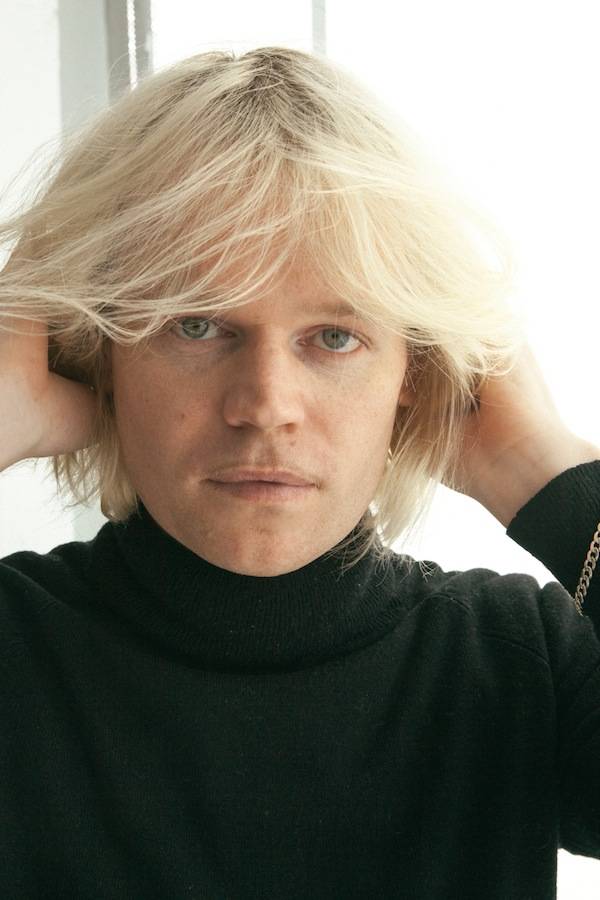 The recent bout of sunshine in Vancouver has had us all finally shedding off our Cowichan sweaters and parkas – but it was experimental musician Connan Mockasin who got fans hot and bothered enough to strip down to their unmentionables at the Electric Owl on a Monday night. By the end of his show, the stage was flooded with the enigmatic artist’s half-naked admirers dancing around to the title track of his 2010 debut record Forever Dolphin Love. There may still be a few shirts hanging off the venue’s exposed ceiling pipelines.

It wasn’t the fan reaction I initially expected for the soft-spoken, experimental guitar wizard Connan Tant Hosford who later adopted his stage name from his shoemaking hobby in his hometown Te Awanga in New Zealand’s North Island. But even a cursory listen of Mockasin’s sophomore release Caramel would put anyone in the sensual mood; every track percolates with Â psychedelic-soul guitar riffs, undulating basslines and seductive lyrics that would make a nun blush.

It was even more surprising following the aggressive, almost abrasive set from Australian opener Kirin J Callinan (former guitarist of the now defunct Mercy Arms). The first glistening notes that he picked out on his guitar misleadingly meandered into a barrage of industrial noise punk – a dissonant 40-minute mix of drilling electronic sounds, screaming guitars and intimidating low vocal growls that can be heard on his debut album Embracism. Most of his set felt like a complete attack of the senses, or an “audio assault” as my friend at the show put it.

The surgical masks his backing band members wore were perplexing at first, but ended up being appropriate for the messy task at hand; Callinan, ever the flamboyant performer, led them in a slaughter and reconstruction of death metal, post-rock, avant-punk and new wave elements. The sum of the parts made for an enthralling aural experience and without a doubt, an unforgettable theatrical display. Before last night, I could honestly say that I had never seen a musician call himself back on stage for an encore, then leap into a self-deprecating blues ditty about toddlers. While the performance was highly entertaining, the music itself was slightly less inspiring, as was the uncomfortable opening stand-up set by Callinan’s drummer.

So by the time Connan Mockasin took possession of the microphone, the audience’s senses must have been begging for the lush, silky, indulgent sounds of Caramel. The slow burn of his mind-melting brand of soul felt like a warm, gratifying salve on the eardrums. Tracks like “I’m the Man, ThatÂ Will Find You” and “Do I Make You Feel Shy” channeled a surfer version of Prince with the indie odd-ball vibe of Ariel Pink.

As humble as he appears, Mockasin clearly knows the alluring effect he has on his fans – he charmingly added some extra suggestive pants, growls and pleasure sighs in between phrases of “Caramel” and joined the crowd on stage in their playful collective striptease at the end of the show. While Forever Dolphin Love introduced Connan Mockasin as an otherworldly avant-rock phenomenon, Caramel brings him closer to earth as a modern Lothario.