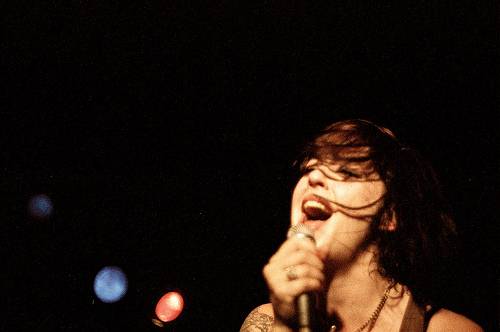 For one hour this pastÂ FridayÂ night, I was transported back to teenage years mostly spent in a dark, cold basement in Winnipeg. Back then,Â The Distillers were the soundtrack to my rebellion. Hours were spent planning out various body-piercing combinations and ogling the tattoos on various Suicide Girls and Makeout Club profiles. Fifteen-year-old me longed for a wardrobe adorned with zippers and PVC, 20 eye Doc Martens and low-rise skinny jeans – all elusive to an underage girl living in small-town Manitoba.

Brody Dalle, The Distillers’ founder and lead singer,Â is still my teenage self’s style icon. For her first Vancouver show as a solo act, the 35-year-old woman dominated Venue’s stage in a tight black industrial-zippered top with BLOW ME in large white letters across the back, and the requisite painted-on black jeans. Her crudely cut and bleached hair couldn’t resist obscuring her snarling face. She lurched around the stage like a reanimated version of herself, with difficulty keeping her head upright. Adding to the horror show atmosphere was lighting that flashed mostly between deep red and blue. 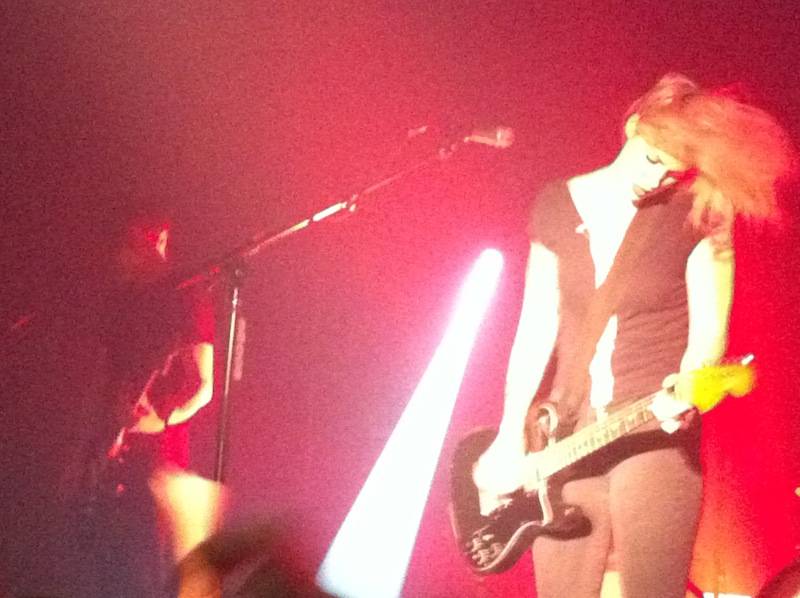 If Brody were indeed a zombie, she would not be the passive, defenceless type. Her presence instilled the kind of fear and awe of knowing that she could beat you up if she wanted. It is precisely that unspoken threat and aura of experience that was able to command a sold-out crowd sixteen years afterÂ The Distillers’ first album was released.Â Brody was very much aware of the power of her presence, and she used it to her advantage. “You’re not too old for a pit…?!” she asked the rowdier bunch front and centre. The question, of course was rhetorical. “I like to dance. If you don’t dance with me I’m not playing this fucking song!” She then retired her guitar, took a stage dive and strutted around to prove her point.

What I considered to be one of the most recognizable and unique female voices in punk rock was still intact and full of violent pain. As someone who hasn’t listened toÂ The Distillers since the very early aughts, Dalle’s signature husky slurring vocals didn’t help much in discerning one song from the next. What could be discerned were songs spanning from her previous musical career with The Distillers (and subsequent band Spinnerette) to her current solo album, Diploid Love, which was released at the end of April. Audience members joined in shouting along to such wayward punk anthems as “Dismantle Me” (Coral Fang), “I Am A Revenant” (Sing Sing Death House) and the most recent “Don’t Mess With Me”. Dalle’s latest album and subsequent tour was nothing new or groundbreaking, and clearly for the fans. In Vancouver, they consisted mostly of adult men and women dressed in the Hot Topic pop-punk attire I lusted for as a youth, and a few token mohawked gutter punks.

It hadn’t even reachedÂ 10:30 p.m.Â when Brody Dalle bid her audience good night. The bright white spotlights that beamed down in two parallel rows from Venue’s ceiling could have come from a hovering spacecraft. But it was club kids, not aliens, who abducted the downtown clubÂ on FridayÂ night. Despite chants of “Broooo-dyyy!” when the lights went up everyone filed out onto Granville street in a peaceful and un-punk fashion. 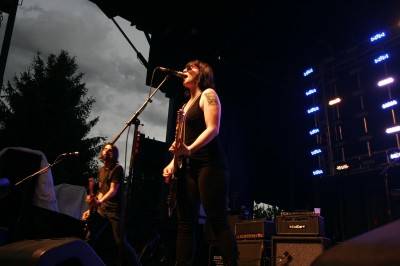