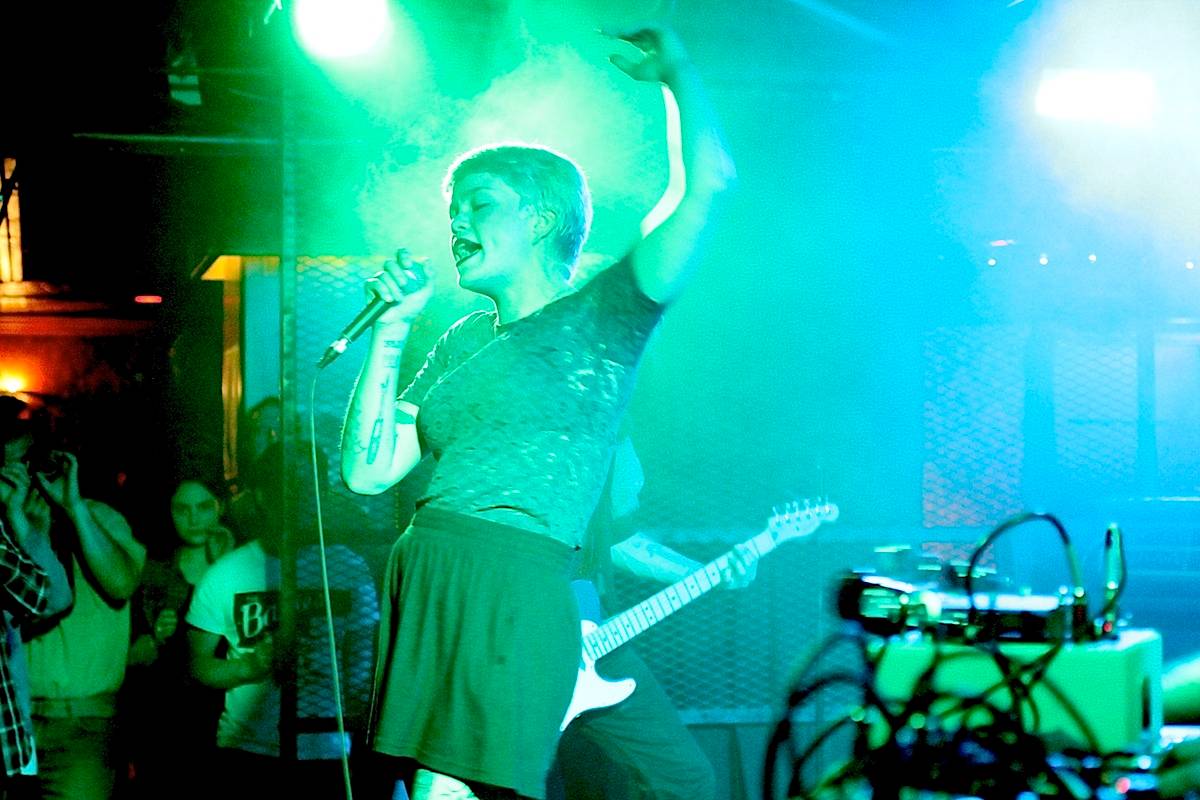 It was a heckuva tripleÂ bill on a night that was packed full of shows. With the Sasquatch! Festival happening on Memorial Day weekend at the Gorge in Washington State, a slew of bands came north to play Vancouver. On Friday night alone, music fans could choose from Cut/Copy at Malkin Bowl, Brody Dalle at Venue, City and Colour at Deer Lake Park, Chet Faker at Fortune Sound Club and Elbow at the Commodore.

Waxahatchee’s Katie Crutchfield came out to play three songs solo before her two-piece band filed onstage. Unfortunately,Â we only stayed for the first few songsÂ before our conscience got the better of us (we had a cat at homeÂ recovering from minor surgery). But what we did catch was awesome -Â last year’s Cerulean SaltÂ album, as good as it is, only hints at theÂ strength of Crutchfield’sÂ songs, both in a guitar-voice format (she started out as a solo recording artist) and with the band. I’m not sure if that’s because the songs are more powerful live or they’re ones I hadn’t heard, but I came away eager to hear whatever else she might have up her sleeve. 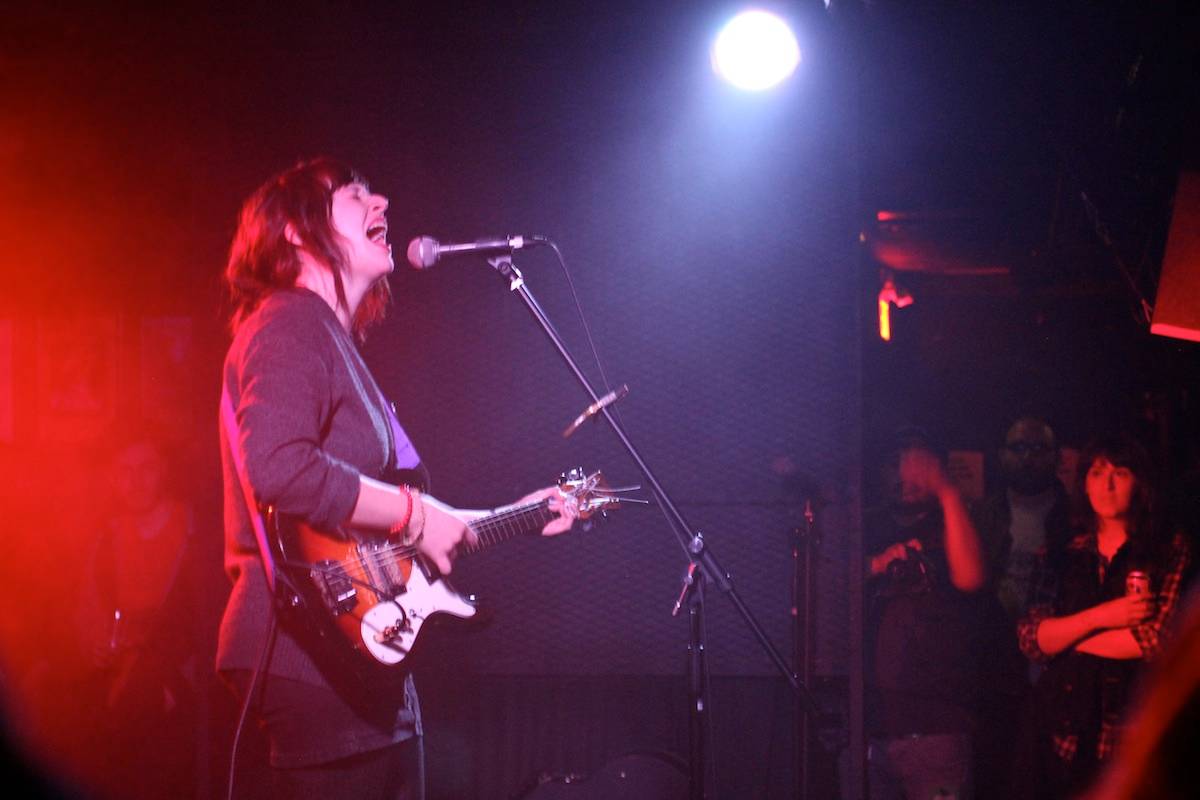 Opening the evening was Potty Mouth, a young (by U.S. law, only one member is old enough, 25, to rent a van Â – read our interview our interview with the bandÂ here) band from Massachusetts. Being from the home state of Dinosaur Jr., lead vocalist/guitarist Abby WeemsÂ dutifully thrashed her long hair around while the quartet powered through three-chord pop-punk songs like “Black and Studs” off their full-length debut, Hell Bent. The group’s eagerness was refreshing, and even the one misstep – when bassist Ally Einbinder stepped up to the mic to sing Hell Bent‘sÂ throwaway closing track “The Better End” – was charming, in its way. 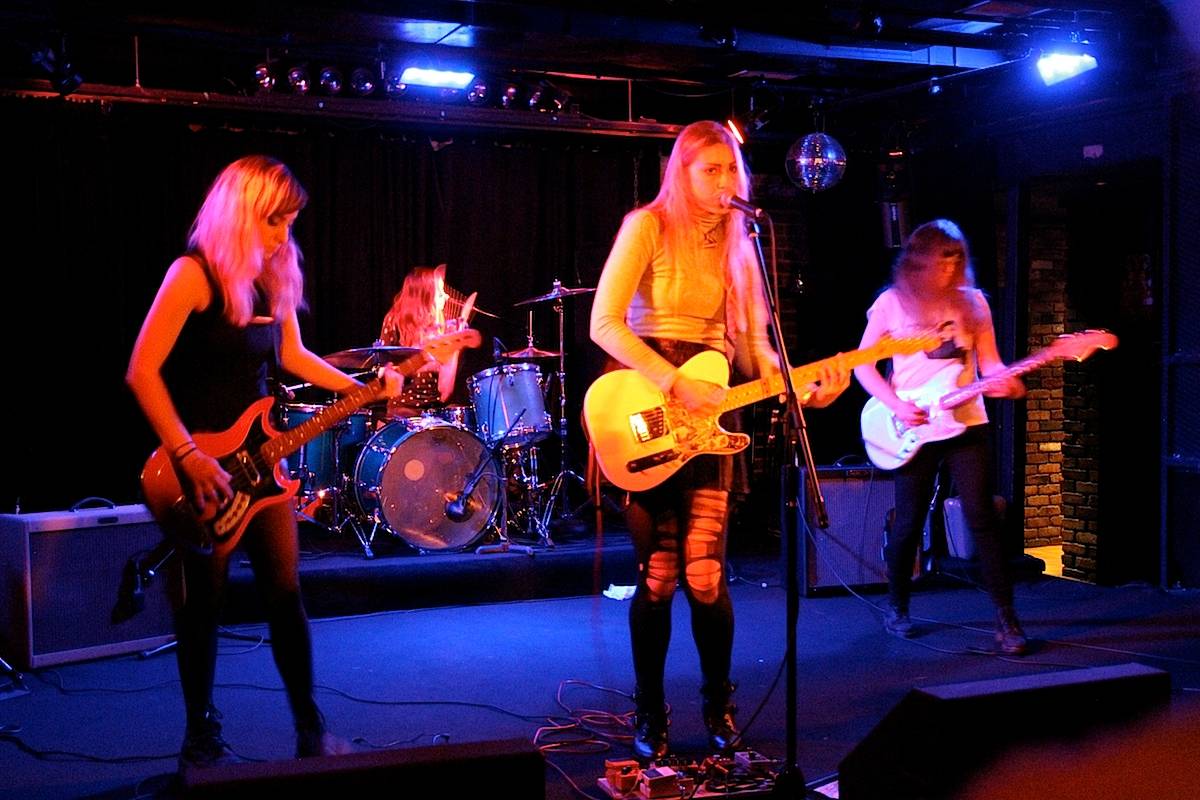 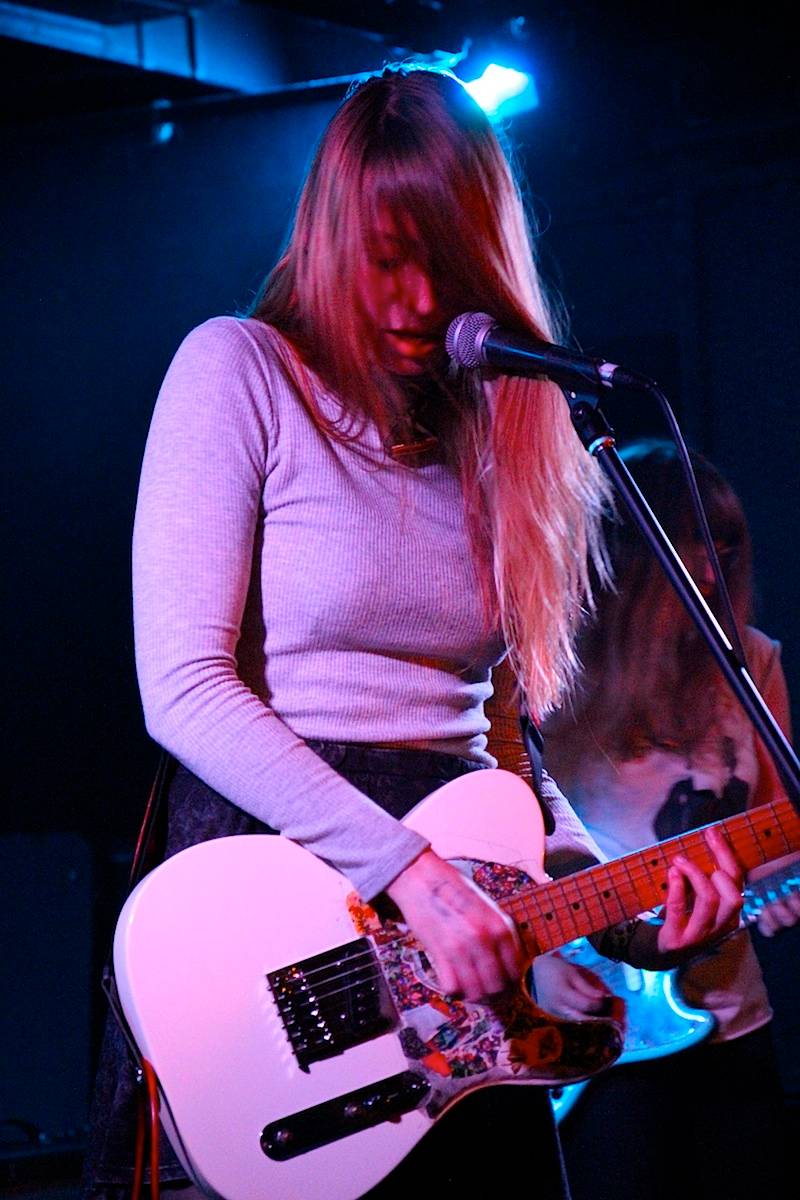 Whoah boy, is this band intense. The Syracuse, New York five-piece has a real dynamo in lead vocalist Meredith Graves, who didn’t stand still for a second of the band’s set. Then again, the setÂ was only about 20-minutes-plus – as it turns out, exactlyÂ the right amount of time to enjoy the group’sÂ eardrum-punishing hardcore attack.

As it was, distinguishing Graves’ vocals amidst the racket was nearly impossible, but that’s what lyric sheets (and the Internet) are for, I suppose. At any rate, I’m guessing Perfect Pussy played most of their debut Captured Tracks album, Say Yes to Love, thoughÂ for all I know, the set consisted of nothing but the entire 23-minute, eight-track album, front-to-back. If they did theirÂ noise-laden (yet, for them, surprisingly tame) versionÂ of Bruce Springsteen‘s “Candy’s Room”, I didn’t hear it.