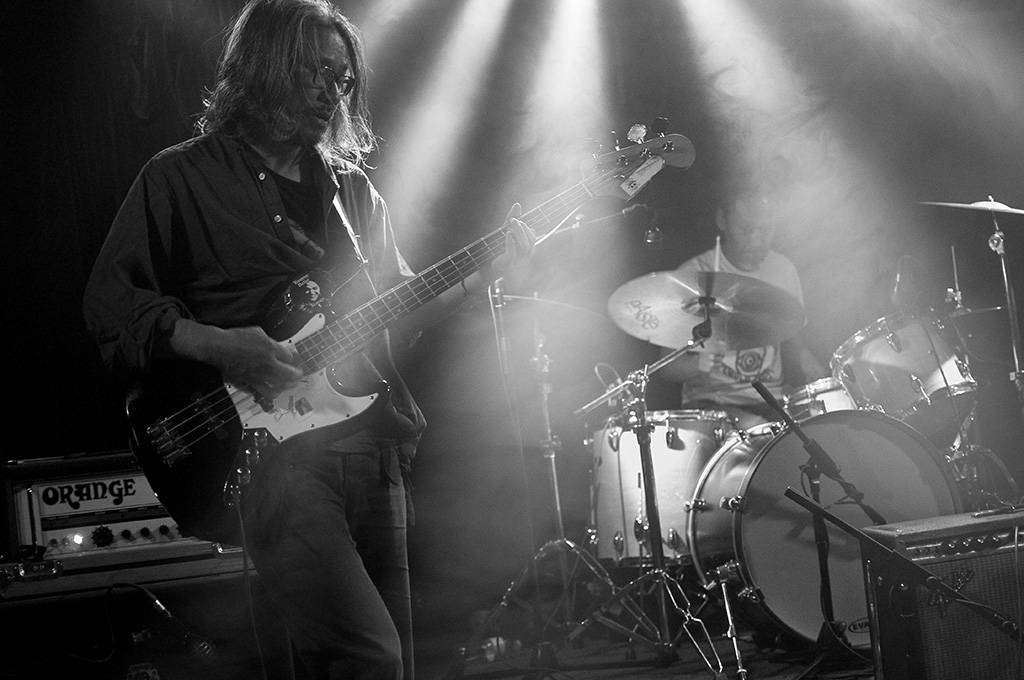 The sounds at the Media ClubÂ Saturday evening far exceeded the size of the venue – from the get-go, the show was an experiment in pushing the limits.

From Boston, Massachusetts, opening actÂ Perhaps reminded me of another technical emo band from my teenage years,Â At the Drive-In.

The four frizzy-haired members played an impressive hour-long set of experimental rock, only once pausing for a simultaneous water/beer break and drum solo. Though all areÂ excellent musicians, the overall sound and influences seemed unfocused, and the singer’s theatrics and miming were at times a little distracting. But if these guys can hone in on a singular vision, there is no doubt that their sound could fill a Vancouver stadium.

Japanese rock collectiveÂ Acid Mothers Temple & the Melting Paraiso U.F.OÂ have been together, in various incarnations, since 1995. The current five-member group are half-way through their North American tour for Astrorgasm, released earlier this month. Previous shows have included founding member Kawabata Makoto hanging upside-down from the ceiling while playing his guitar, and rumor has it that they ended one of their recent performances by setting their instruments ablaze.

Singer/bassist Tsuyama Atsushi demonstrated the capabilities of human vocalsÂ byÂ stretching his voice to impressive heights, then plunging down into guttural chanting that had me momentarily straining to locate the didgeridoo (not present). Even whilst clucking and yodeling, Atsushi maintained an impressive composure and content expression, as if to showcase the talent effortlessly exuding from his mouth and fingers. At one point he even pushed the plainest instrument – a recorder – to its limits.

Behind the synthesizer, Higashi Hiroshi‘s regal white mane was the stage centerpieceÂ -Â occasionally tossed back gracefully, or sideways with the drama of a tree bending under a sudden gust of wind, then returning to itsÂ upright position without a raisedÂ eyebrow.

AMT pulled the audience into a psychedelic trance, their sound filling every orifice and melding inner and outer space. The show climaxed with Makoto playingÂ his guitar upside down and into ecstacy. Finally, he hung the exhausted instrument from a duct over the stage.