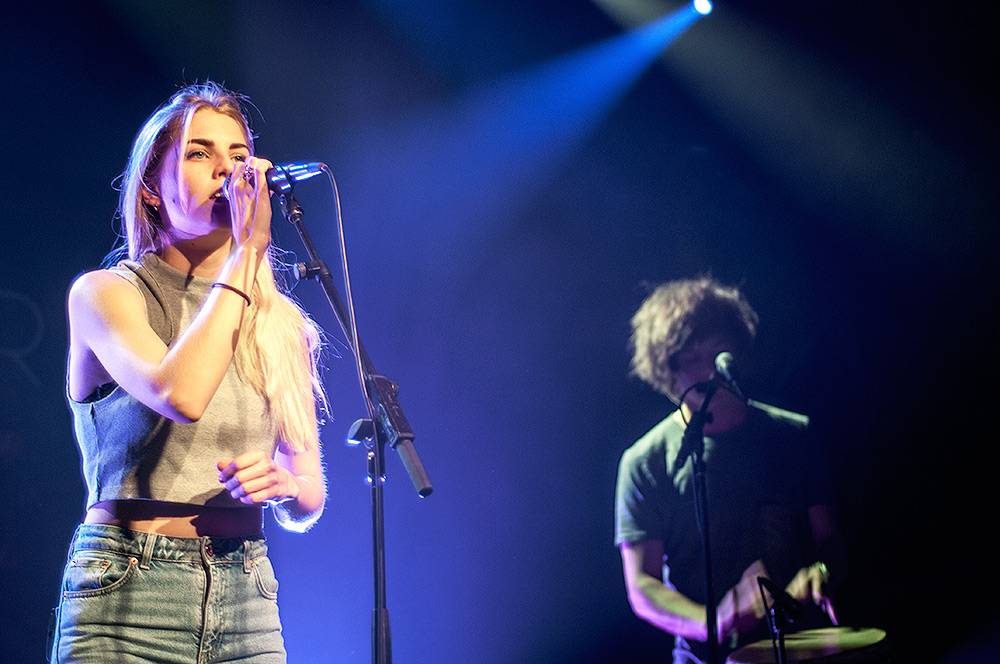 This was the downtempo British electronic popÂ trio’s second show in the city, following an appearance in the fall of 2013 at Fortune Sound Club.Â Hannah Reid, Dot Major and Dan Rothman are touring once again in support of the debut London Grammar album, If You Wait, which was released last year. The band has issued a number of singles from the record, including “Wasting My Young Years”, “Strong” and the most recent, “Hey Now”. Recently, the group collaborated with UK dance duo Disclosure on the track “Help Me Lose My Mind”.