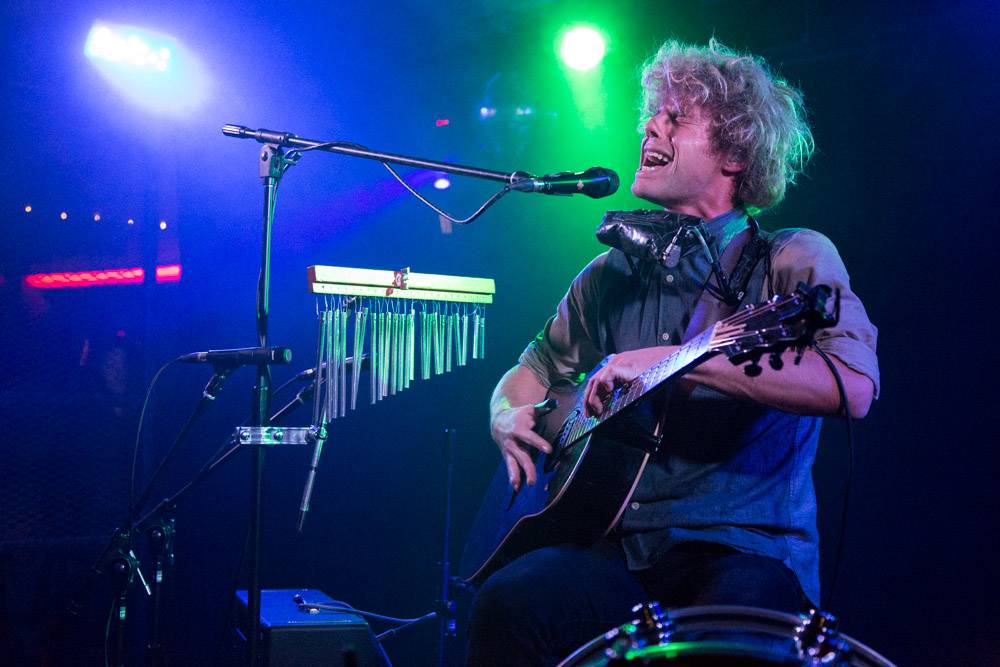 The Australian singer/songwriter is on tour for his third album, Silence/Win. The album was produced byÂ Warne Livesey (Midnight Oil/Matthew Good). The album was recorded on Vancouver Island following a world trek with Billy Bragg as Bragg’sÂ hand-picked guest on the Tooth & Nail tour.

Reviewing Churchill’s Victoria show the night before, Exclaim!’s Blake Morneau writes, “Kim Churchill’s set was marked by his precision playing, his indefatigable stage presence and his near-overwhelming musical passion…Â Songs from his new record,Â Silence/Win, like ‘Canpy’, the hard-blues track that featured some sweet chime work and the hippy-disco of ‘Fear the Fire’, are already showstoppers not to be forgotten.”Â