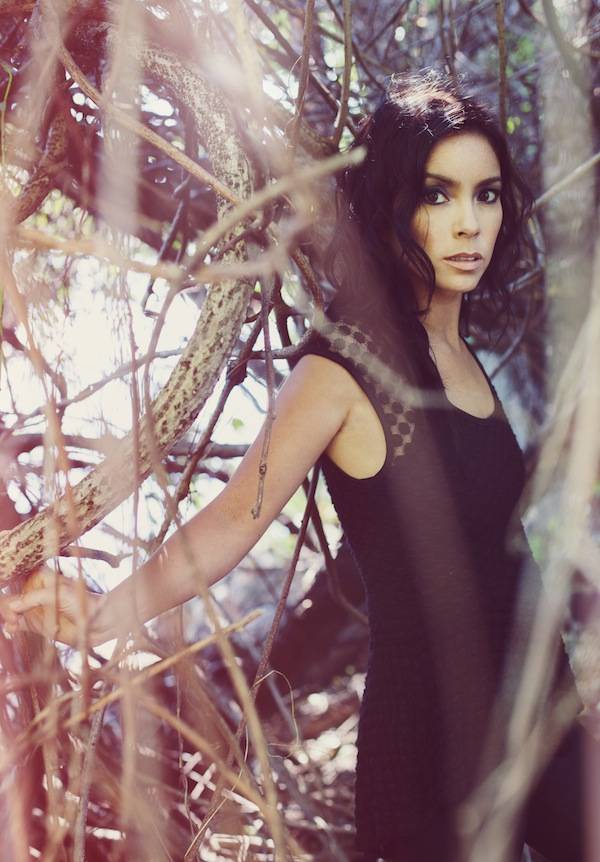 Emm GrynerÂ began releasing music on her own in the mid-90s. Then, in 1998,Â she was signed by record labelÂ Mercury and released Public, an album that spawned a hit, “Summerlong”. It wasn’t enough for the label to keep her though and she was again set loose. She returned to releasing her music on her own label, Dead Daisy Records.

Among her accomplishments are aÂ Canadian Music Publisher’s Songwriting scholarship, the Radiostar Songwriting Contest and threeÂ Juno Award nominations. In Q Magazine’s 20th anniversary issue, U2’s BonoÂ named herÂ song “Almighty Love” as one ofÂ sixÂ songs from the past twenty years that he wishes heÂ had written.Â She has also sungÂ back up with David Bowie and recently helped Commander Chris Hadfield with gettingÂ Bowie’s “Space Oddity” into space.

Torrential, her new album, features Gryner at her hook-savviest, with songs that range from radio-unfriendly jingle-y popÂ (“Purge”)Â to soaring dance popÂ (“Bright Spot”), and even a country-ish duet with Hadfield (“So Easy”). Besides her solo career, Gryner has also formed an all-gal folk trio, Trent Severn, withÂ Dayna Manning and Laura C. Bates.

Currently on a tour for Torrential, GrynerÂ plays an early show (6:30 start-time: tickets at brownpapertickets.com) atÂ the Railway Club in Vancouver this Friday, April 25. At the start of the tour weÂ talked about the new album, Trent Severn, and being the link between the Thin White Duke and Canada’s space boyfriend. 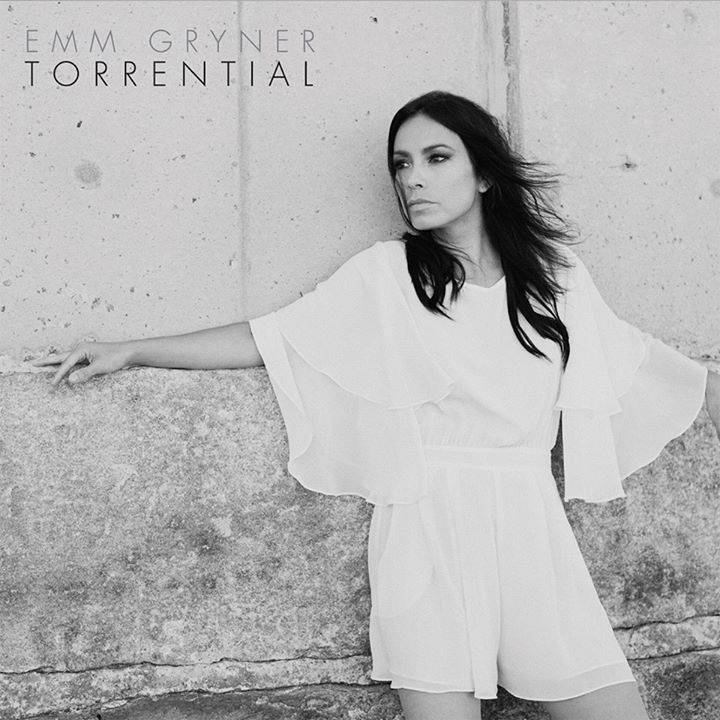 SC: I was reading your Twitter timeline, I think you had a show at the Rivoli in Toronto last night? It turned into a birthday party?

EG: Yeah, aÂ fan of mine, he’s been a fan for 17 years, he’s turning 30. So we rolled out some cupcakes and caused quite a stir.

EG: I think maybe because there was a little bit of a burst when I signed my record deal, and I think a lot of people found out about my music that way. Then that went bust. And I’ve been doing it on my own ever since. A lot of those people came with me. I was lucky to have a little big of a push in the ’90s.

SC: YouÂ wereÂ releasing other people’s records for a little while.

EG:Â The first band was I signed was In-Flight Safety, from out East. I discovered them on the road and they really blew me away. I see my label asÂ almostÂ more of a management type of situationÂ where I really try to connect new artists with whatever they want to be connected with, whether it’s an agent or video director.

And then I signed Royal Wood on In-Flight Safety’sÂ suggestion. He’s done so well. He’s not on the label anymore. I kind of took him in when no one was paying attention and gave him a little bit of a boost. And an artist named Colleen Brown. I’d like to put more people’s records out, I just have to be able to give it the right amount of time and attention. In her case, she put out a record and no one really heard it. It got some CBC play which is how I heard about it. It was called Foot in Heart and I tried to send it out to everyone I could think of. Since then, she’s gone on her own way as well. I sort of see my record label as a soup kitchen. Get the food, get energized, get on your way.

SC: How is the soup?

EG: There’s magic in the soup. People really helped me in the beginning. I love connecting people. I went to the Junos a couple of weeks ago. That’s not really my scene, but I loved introducing Tegan and Sara to Commander Hadfield and watching it all go down. I get some joy out of that.

SC: Well, you are the missing link between David Bowie and Commander Hadfield. Is Bowie in your Rolodex? Could you facilitate a conversation between the two of them?

EG: I tried, for sure. David’s pretty private and Chris understands, especially now, when people are trying to call you upÂ all the time.Â But David and I keep in touch via email, so when that whole thing went down I think Chris had a month left in orbit. I reached out to David to get him to hear the song, we kind of wantedÂ his blessing before it went out to anyone else.

I’m sure it’s only a matter of time.Â They’ll cross paths. Now that neither of them are going into space. He did give his approval. He really helped push it forward. Which was great, because he doesn’t get involved in too many things. He’s careful about what he’s involved in. As you can tell by the artistic quality of his records. He thought it was a great thingÂ -Â “Space Oddity” in space. David Bowie or not, you’ve got to be thrilled that an astronaut played your song in space.

SC: It must be very interesting to be able to introduce Commander Hadfield to all these musicians.

EG: Well, he’s also really close withÂ Ed [Robertson] from Barenaked Ladies. Just the other week he was onstage with Amanda Palmer. I think this is the fun part of it all for him. Long before this last mission, and before “Space Oddity” in space, he’s always had a real love for music. I almost think that’s when I’ve seen him happiest. When he’s playing his guitar and singing. To go to the Junos and meet other musicians has been enjoyable for him. 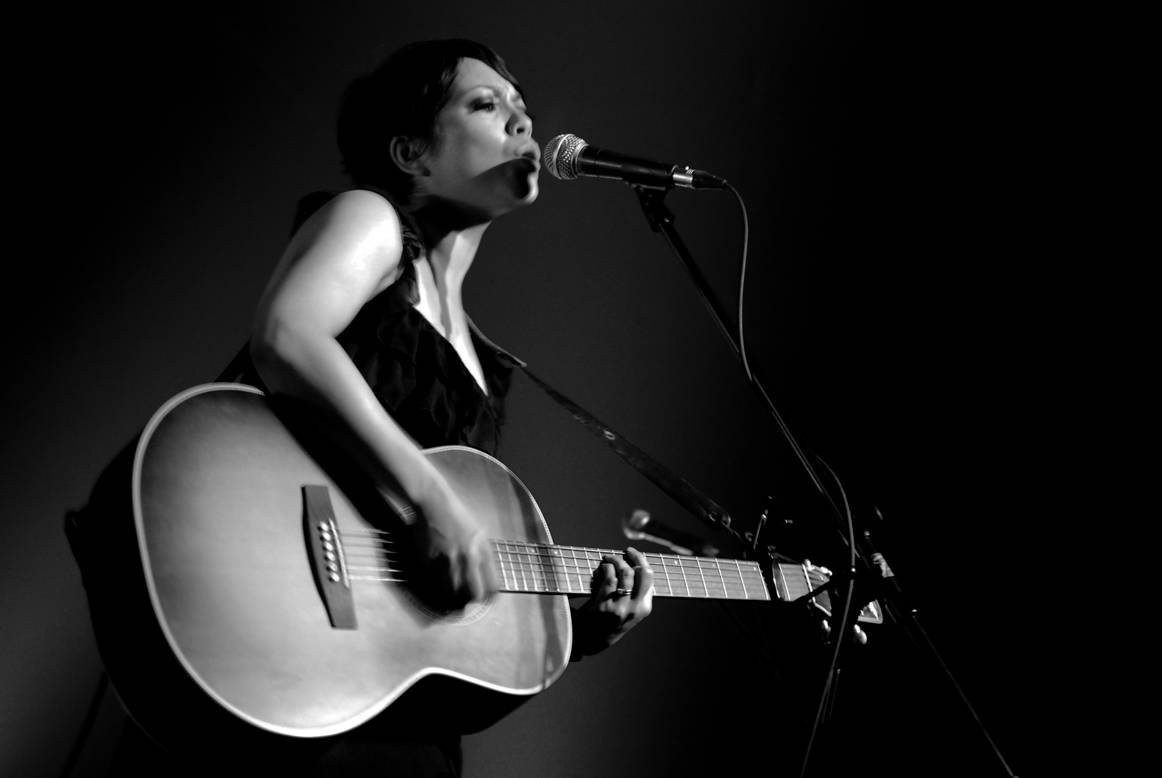 SC: What was your role in this to begin with?

EG: A number of years ago,Â he went into space, and someone asked me to write a song to commemorate that mission. So I wrote a song and it was on my album AsianblueÂ [2002] – a Juno-losing album – soÂ we became friends. He took that album into space with him. Then when he went on this mission he asked me if I’d like to collaborate on something. It wasn’t clear what we were going to do until the end of his mission.Â That was “Space Oddity”. Then when he got back to earth we wrote “So Easy” at his cottage.

EG: Yeah. He actually tweaked a lot of the lyrics. He’s always got really great suggestions. I know he just wrote a book (An Astronaut’s Guide to Life on Earth) but I’m not sure many people know he’s a really great lyricist.

SC: Let’s talk about Torrential. It’s a pop album through and through but still very diverse. I like that the album’s most commercial track, “Purge”, has some radio-unfriendly words.

EG:Â I didn’t think about radio when I did it. We’ve since done a clean version which we might service to radio. But I don’t know.

SC:Â Were these songs written in a short period?

EG: Probably about eight months of writing. I wrote as I recorded as well. I did it mostly at home in Stratford. The production went down in L.A. We did a lot of exchanging files over email. Which I wouldn’t really advise anyone to make an album that way. But we really understood what we were trying to do. It was definitely an across-the-miles production.

SC: I think you did your cover of The Clash‘s “Straight to Hell” last night.Â What is it about that song that brought you back to it?

EG: Some of the covers I do tend to be bordering on comedy, like “Pour Some Sugar On Me”. But the original is such a bad-ass song. And it kind of lets me go somewhere emotionally I don’t go with my other material. 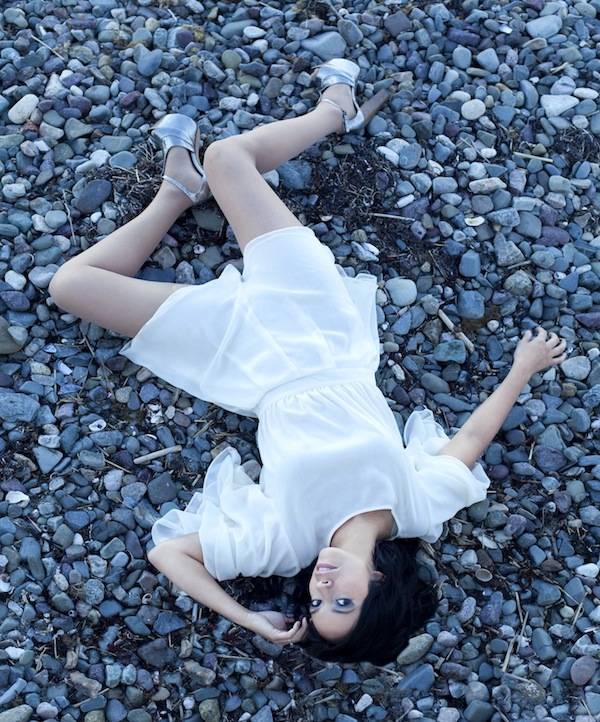 EG: We’re super-psyched. Two of us have had solo careers, but there’s something really great about being in a band with other women. And both Laura and Dayna are Masters of their craft so it sort of inspires me to try to be better at my instrument. And also we’re just in the middle of writing a new record, we’re hoping to get it out in the fall.

SC: Did having that folk outlet let you go in a more pop direction for Torrential?

EG: I don’t know. I did want to capture a little of the energy of the band in my solo record. I do tend to write a lot of ballads. That can get boring after awhile. I think the band taught me, don’t be afraid to useÂ other instruments, and kind of pick it up a little bit.