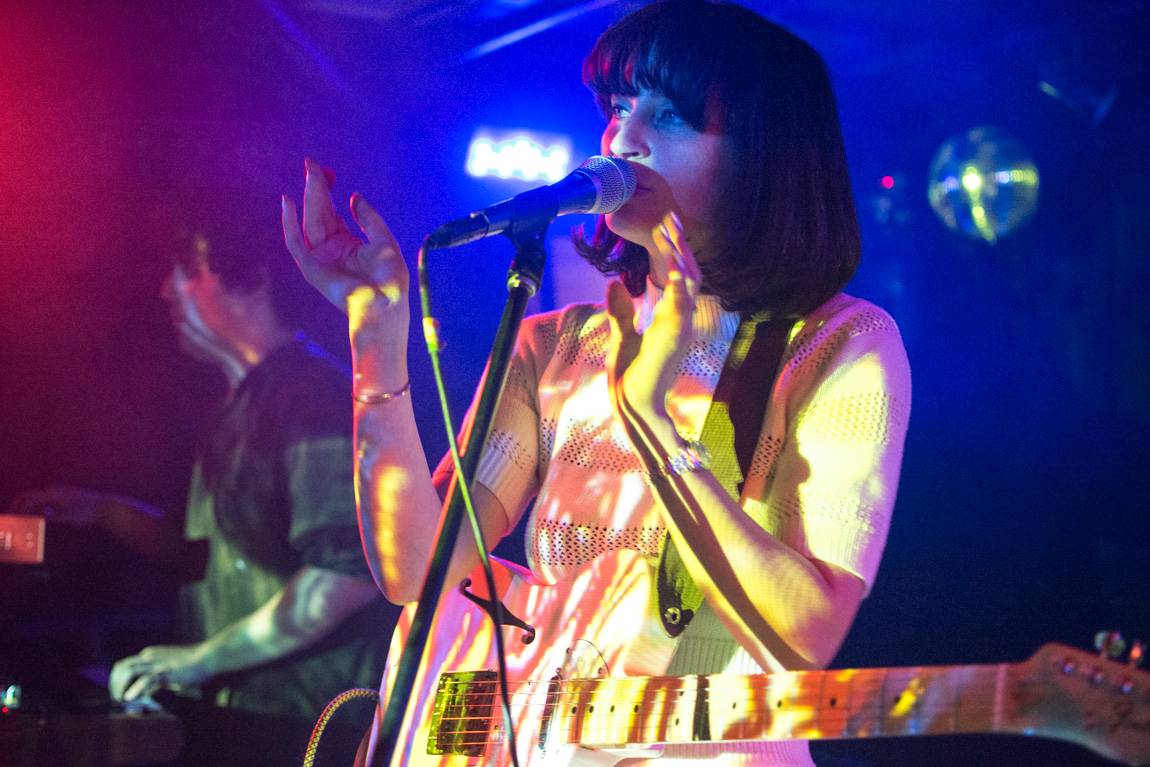 The Portland trio, fronted by Charlie Hinton, is on tour for their latest album, Imperium.

Blouse also includes guitarist/producerÂ Jacob Portrait and bassistÂ Patrick Adams. Both haveÂ Pacific Northwest alt-rock roots. Hilton is originally from Southern California. A press release describers the band’s sound as a dichotomy of these influences and Hinton’s “Cohen/Patti/Nico singer/songwriter nature…Â These are delicate songs from the perspective of a valley girl who grew up with gurus and ashrams played by indie lifers on a steady diet of NEU! It makes it all the more understandable to have showers of acoustic guitars and (real, not synthesized) cellos interrupted by fuzz guitar.”