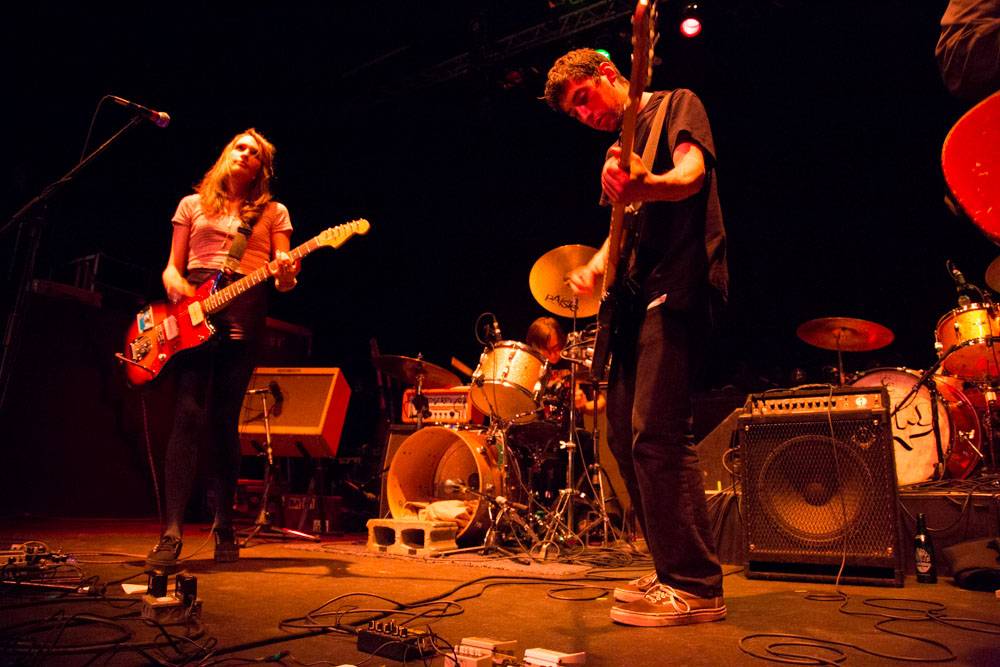 Speedy OrtizÂ Thursday night at the Rickshaw Theatre in Vancouver, opening for Stephen Malkmus and the Jicks.Â The band put on a tight, noisy set that included early single “Taylor Swift” and epic jam “MKVI”.

Fronted by Sadie Dupuis, the Massachusetts quartet is on tour for Major Arcana, the first album recorded by the band, as well as a recent EP, Real Hair.Â Besides Dupuis, Speedy Ortiz includes drummer Mike Falcone, Matt Robidoux and Darl Ferm. Dupuis also released a solo EP, Cop Kicker, and a full-length called The Death of Speedy Ortiz. The album title (and band name) come from a story arc in the Love and Rockets comic book series by Jaime Hernandez.

At the merch table, the band was selling a T-shirt and a poster designed by Toronto comic book artist Michael DeForge.

The group has been getting a lot of buzz lately, including raves an the AV Club and in the New York Times.